​The Computer, Electrical and Mathematical Sciences & Engineering (CEMSE) Division organized the CEMSE Big Data Open Day on December 4 to highlight important research and discoveries related to Big Data. CBRC participated in the event by exhibiting different aspects of work done by each of the Center's principal investigators.

The Structural and Functional Bioinformatics Group, led by Professor Xin Gao, wanted to show how proteins and drugs interact to create cures for diseases. With the help of Professor Muhammad Hussain’s lab, 3D-printed models of proteins and drugs were created and attendees were encouraged to match them like puzzle pieces. Images of the interactions were also shown on laptops. 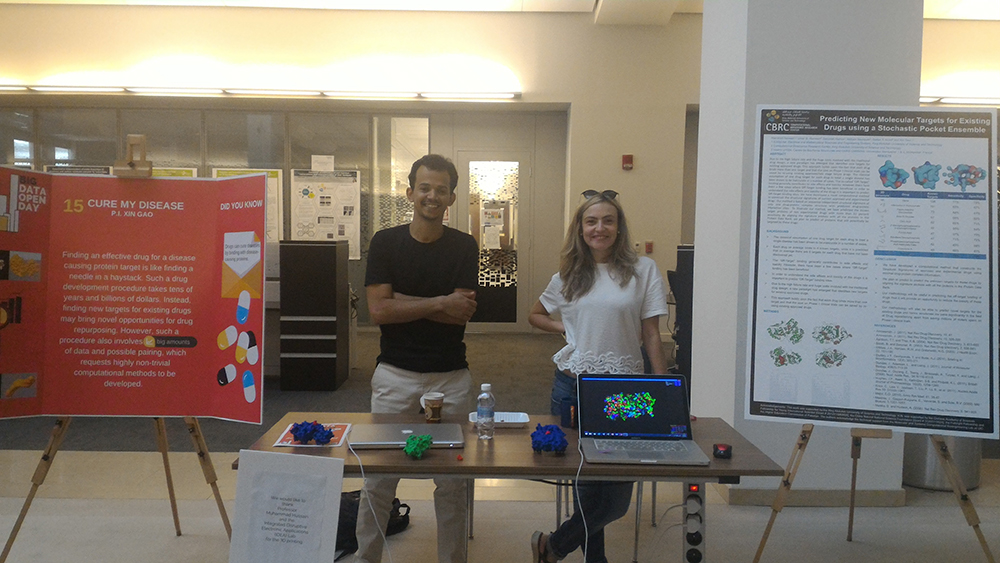 The Knowledge Mining Lab, led by Professor Vladimir Bajic, wanted to explain the concept of text mining, an integral part of their research. They chose to use Word2Vec as an easy way to show how semantic relationships are explored. They created a simple web interface to allow users to input words and see related contextual words in the results box. The Structural Biology and Engineering Group, led by Professor Stefan Arold, showed how 3D virtual reality helps them understand proteins more comprehensively. Attendees had the opportunity to use a virtual reality headset display, developed by the group, to immerse into the three-dimensional protein universe.

An Ocean of Seaweeds

The Microbial Technology Group, led by Principal Research Scientist John Archer, presented their research by displaying beakers of microalgae. They explained that their research is to study and engineer versatile and robust microalgae and cyanobacteria for biotechnological applications. 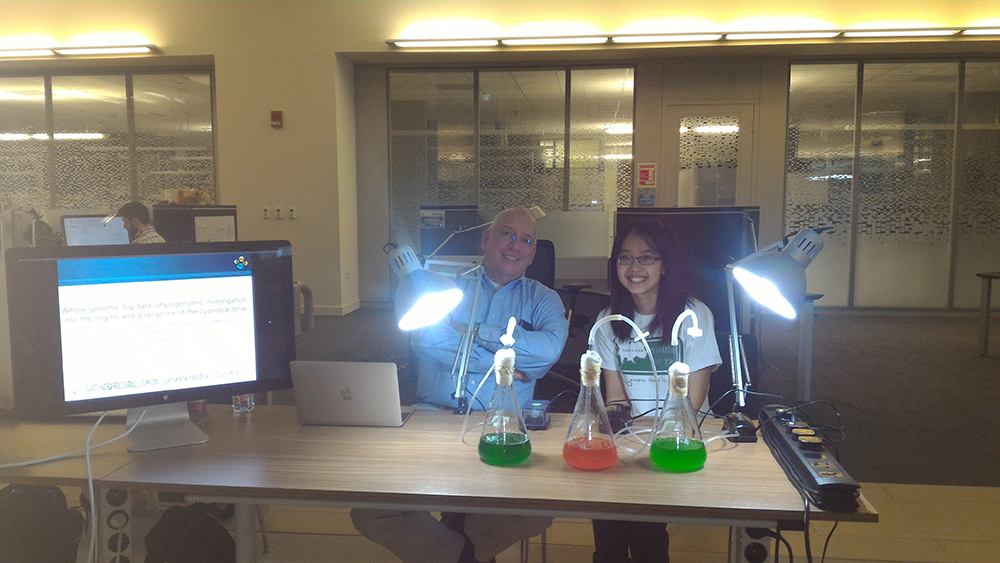 The Comparative Genomics and Genetics Lab, led by Professor Takashi Gojobori, focused more on creating a simple game that could teach young children about DNA. Genetic sequences of animals were shortened to 10 letters, printed on strips of paper and placed in plastic eggs. Meanwhile, posters of the animals with their pictures and DNA sequences were displayed around the exhibit area. Attendees were encouraged to match the DNA sequences in the eggs to the posters. While the game was targeted to children, adults also participated readily. 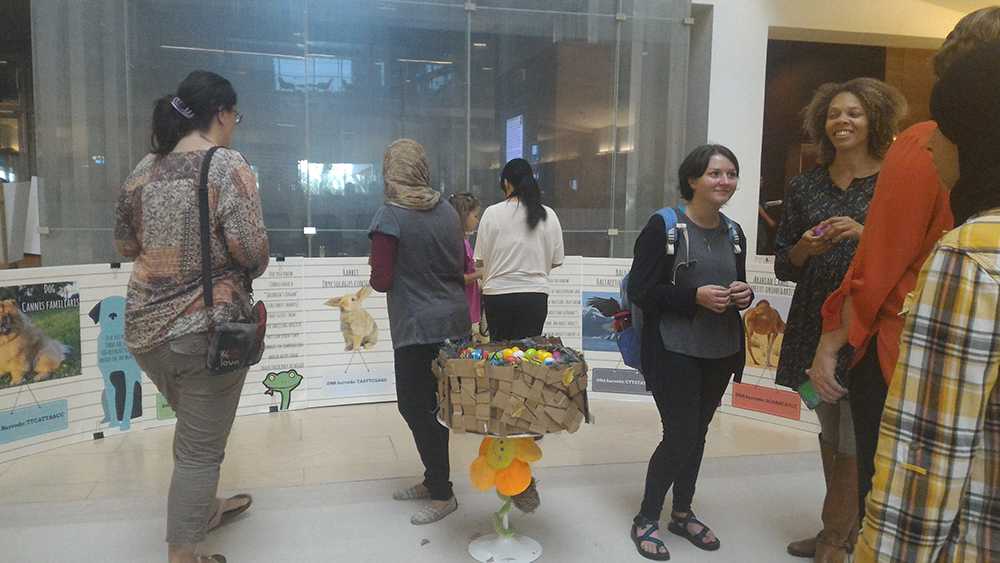 The Bio-Ontology Group, led by Professor Robert Hoehndorf, presented something a little different. Prof. Hoehndorf had designed a bot that creates haikus from scientific databases. The bot, aptly named Semantic Haiku, then posts one haiku on Twitter every 24 hours.  The haikus were printed out and displayed on A4 posters in the exhibit room. Attendees were recorded reading the haikus and the videos were posted on Twitter. 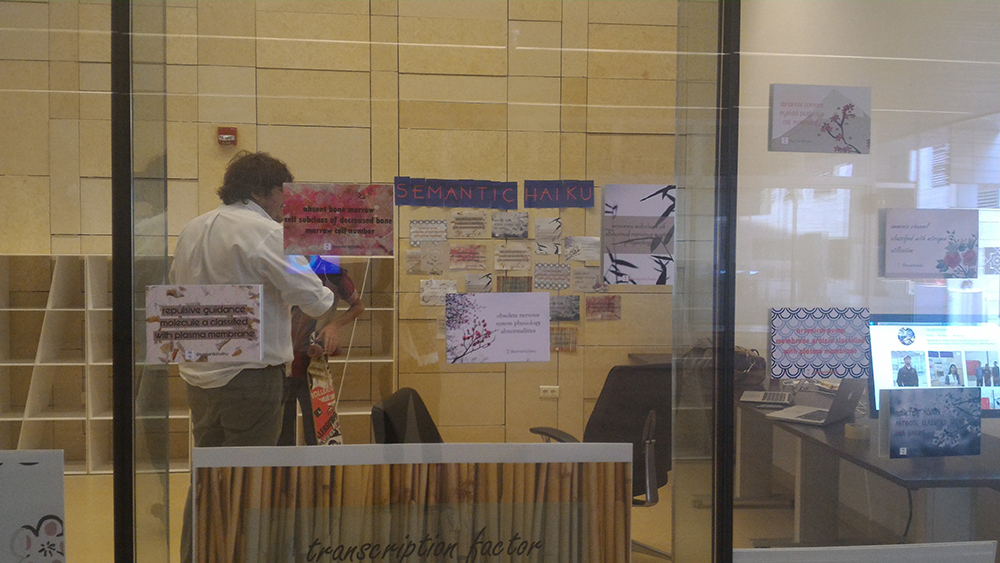 For more information about other displays and exhibits, click here.