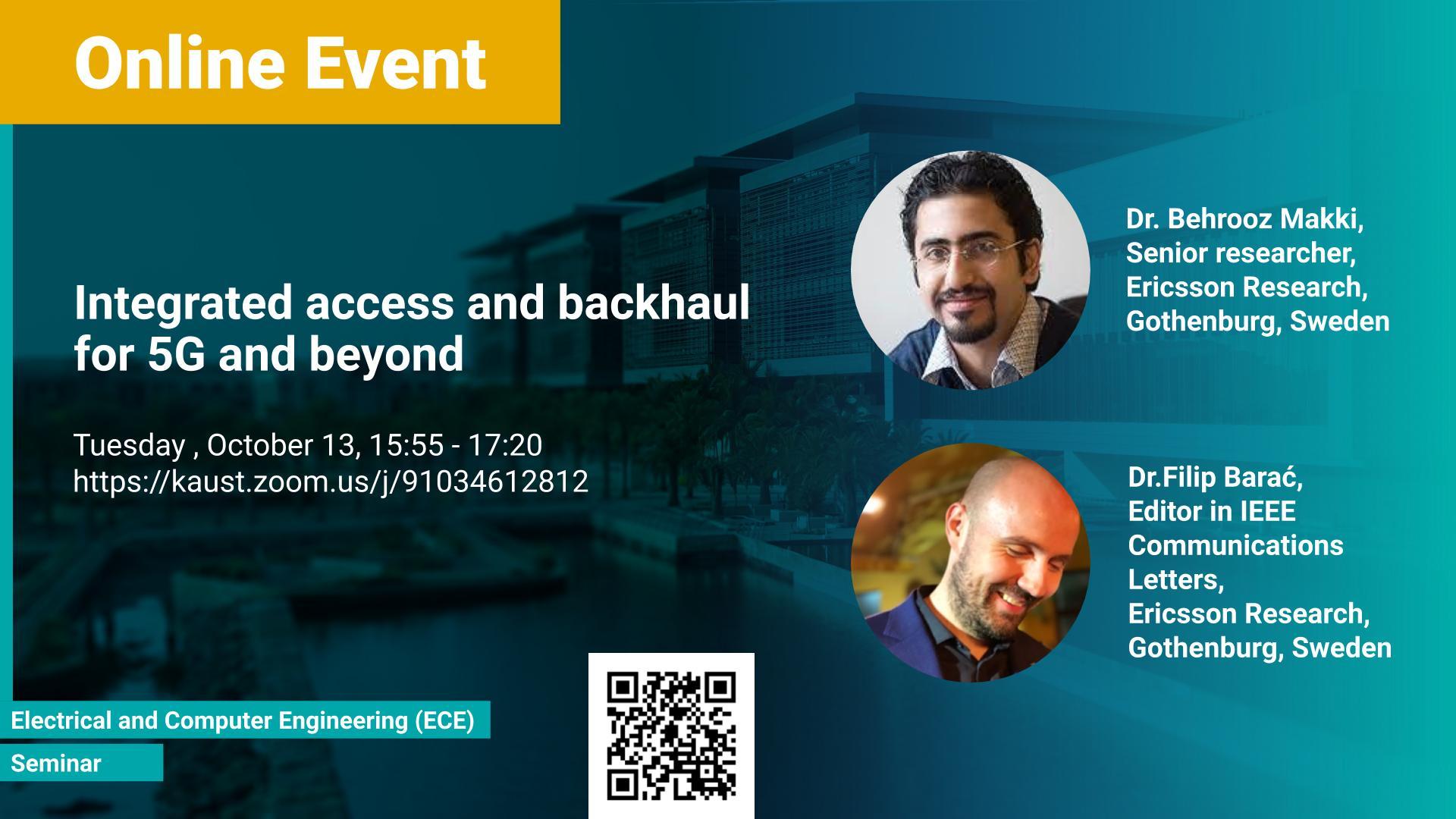 The number of devices requesting for wireless communications is growing exponentially. Network densification via the deployment of many base stations (BSs) of different types is one of the mechanisms that can be employed to satisfy the ever-increasing demand for bandwidth/capacity in wireless networks. However, deploying fiber to the small cells may be expensive and impractical when the number of small cells increases. For this reason, as well as because of the traffic jams and infrastructure displacements caused by fiber optic installation, millimeter wave (mmw)-based wireless backhaul is currently considered as an alternative, providing (almost) the same rate as fiber optic with significantly less price and no digging. With this background, integrated access and backhaul (IAB) networks, where the operator can utilize part of the radio resources for wireless backhauling, has recently received considerable attention. The purpose of IAB is to replace existing backhaul systems with flexible wireless backhaul using the existing 3GPP bands providing not only backhaul but also existing cellular services in the same node. This creates more flexibility and reduces the implementation cost. For 5G NR, IAB is currently considered as a work item in 3GPP, and it is known as one of the main novelties of 5G. In this talk, we review the main backhauling techniques, and present the main motivations/standardization agreements on IAB. Moreover, we present comparisons between the IAB networks and the cases where all or part of the small access points are fiber-connected. Finally, we study the robustness of IAB networks to environmental effects and verify the effect of the blockage, the tree foliage, the rain as well as the antenna height/gain on the coverage rate of IAB setups, as the key differences between the fiber-connected and IAB networks. As we show, IAB is an attractive setup enabling 5G and beyond.

Behrooz Makki received his PhD degree in Communication Engineering from Chalmers, University of Technology, Gothenburg, Sweden. In 2013-2017, he was a Postdoc researcher at Chalmers University. Currently, he works as a senior researcher in Ericsson Research, Gothenburg, Sweden.
Behrooz is the recipient of the VR Research Link grant, Sweden, 2014, the Ericsson’s Research grant, Sweden, 2013, 2014 and 2015, the ICT SEED grant, Sweden, 2017, as well as the Wallenbergs research grant, Sweden, 2018. He is a Senior Member of IEEE since Aug. 2019. Also, Behrooz is the recipient of the IEEE best reviewer award, IEEE Transactions on Wireless Communications, 2018. Currently, he works as an Editor in IEEE Wireless Communications Letters, IEEE Communications Letters, the journal of Communications and Information Networks as well as the journal of Frontiers in Communications and Networks. He was a member of European Commission projects ``mm-Wave based Mobile Radio Access Network for 5G Integrated Communications'' and ``ARTIST4G'' as well as various national and international research collaborations. His current research interests include integrated access and backhaul, hybrid automatic repeat request, Green communications, millimeter wave communications, and backhauling. He has co-authored 62 journal papers, 46 conference papers and 50 patent applications.

Filip Barać received the Dipl. - Ing degree in Telecommunications from the University of Belgrade, Serbia in 2009 and the MSc degree in Communication Engineering from the Chalmers University of Technology in Gothenburg, Sweden in 2009. In 2016 he received a PhD degree in Computer Engineering from the Mid Sweden University in Sundsvall, Sweden, with specialization in industrial wireless communication. In 2016, he joined Ericsson as a part of the Innovate Global Graduate Program for technical talents. From 2018 onwards he has been Ericsson delegate in 3GPP RAN3 in charge of LTE and NR topics such as IAB, Quality of Experience, User Plane, Interference Coordination and Spectrum Sharing.