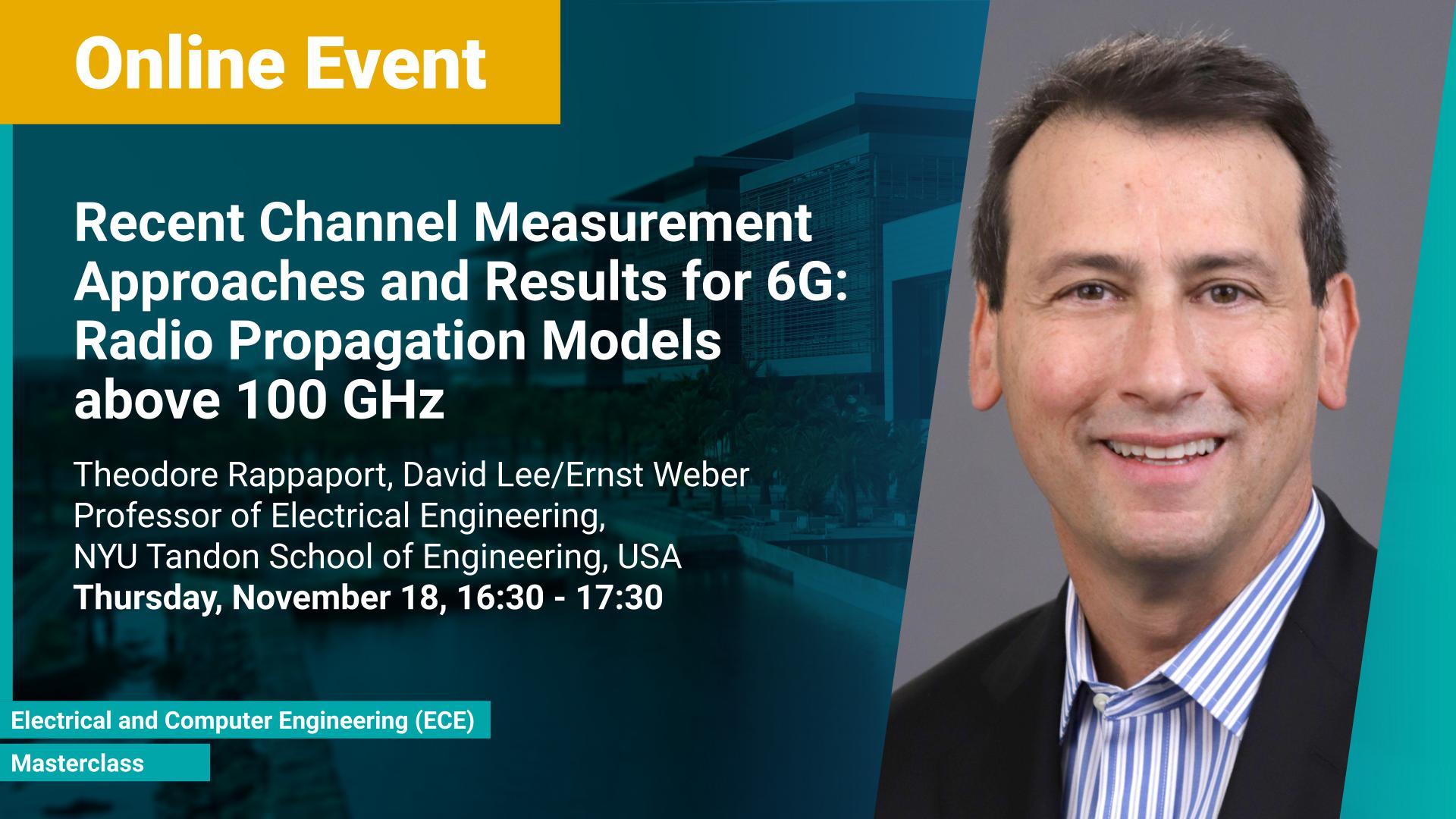 This talk will look at the recent global interest and accomplishments that are pushing mobile communications to the frequencies above 100 GHz. Recent regulatory developments, combined with growing engineering knowledge and confidence in today’s 5G millimeter wave technology, will lead the way for wireless networks in the coming two decades. With the move to Terahertz spectrum, wireless will, in the next 15 years, allow real-time data communications at the rate of the human brain, unleashing new applications never before imagined.

Theodore (Ted) S. Rappaport is the David Lee/Ernst Weber Professor of Electrical Engineering at the NYU Tandon School of Engineering (NYU-Tandon) and is a professor of computer science at New York University's Courant Institute of Mathematical Sciences. He is also a professor of radiology at the NYU School of Medicine. Rappaport is the founding director of NYU WIRELESS, the world's first academic research center to combine engineering, computer science, and medicine. Earlier, he founded two of the world's largest academic wireless research centers: The Wireless Networking and Communications Group (WNCG) at the University of Texas at Austin in 2002, and the Mobile and Portable Radio Research Group (MPRG), now known as Wireless@ at Virginia Tech, in 1990.
Rappaport is a pioneer in radio wave propagation for cellular and personal communications, wireless communication system design, and broadband wireless communications circuits and systems at millimeter wave frequencies. His research has influenced many international wireless-standards bodies, and he and his students invented the technology of site-specific radio frequency (RF) channel modeling and design for wireless network deployment - a technology now used routinely throughout wireless communications.

Rappaport has served on the Technological Advisory Council of the Federal Communications Commission, assisted the governor and CIO of Virginia in formulating rural broadband initiatives for Internet access, and conducted research for NSF, Department of Defense, and dozens of global telecommunications companies. He has over 100 U.S. or international patents issued or pending and has authored, co-authored, and co-edited 18 books, including the world's best-selling books on wireless communications, millimeter wave communications, and smart antennas.

In 1989, he founded TSR Technologies, Inc., a cellular radio/PCS software radio manufacturer that he sold in 1993 to Allen Telecom which later became CommScope, Inc. (taken private in 2011 by Carlyle Group and now owned by Keysight). In 1995, he founded Wireless Valley Communications, Inc., a pioneering creator of site-specific radio propagation software for wireless network design and management that he sold in 2005 to Motorola.
Rappaport received BS, MS, and Ph.D. degrees in electrical engineering from Purdue University, and is a Distinguished Engineering Alumnus of his alma mater.