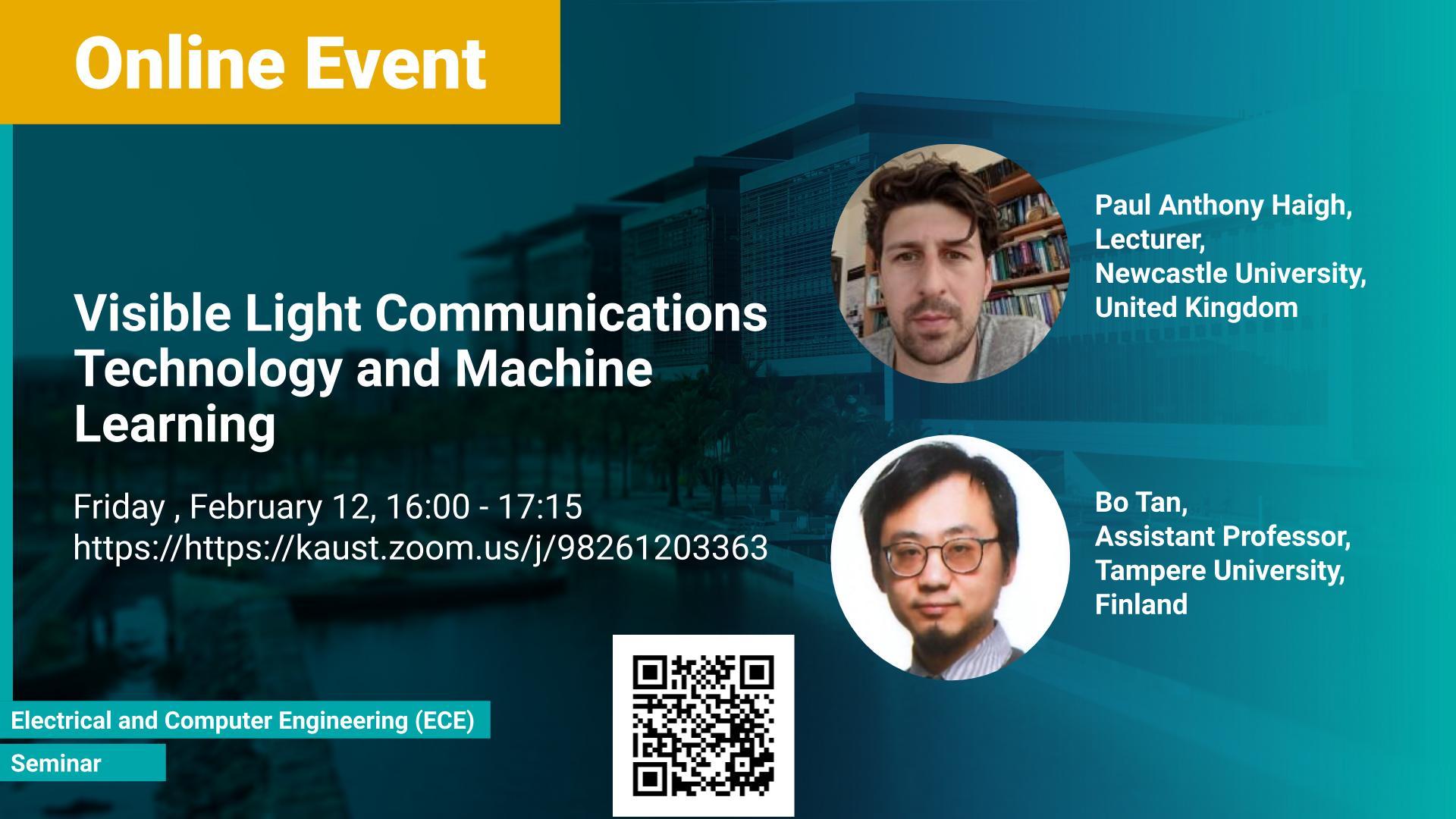 Speaker’s biography: Paul Anthony Haigh received the B.Eng. and Ph.D. degrees from Northumbria University, Newcastle upon Tyne, UK, in 2010 and 2014, respectively. He is a Lecturer in communication at Newcastle University, UK since March 2019. His research interests broadly include digital signal processing in communications and sensing systems and his medium of choice has generally been optical wavelengths, particularly visible light. From 2016 to 2019, he was a Research Fellow with the Information and Communications Engineering Group, University College London, UK. He joined UCL from the High-Performance Net-works Group, University of Bristol, where he was a Senior Research Associate. He is currently the Associate Editor of Frontiers in Communications and Networks, IET Electronics Letters and a Section Editor of MDPI Sensors (Communications). From 2010 to 2011, he held the prestigious Marie Curie Fellowship at the European Organization for Nuclear Research (CERN).

Speaker’s biography: Dr Bo Tan received the B.Sc and M.Sc degree in communications engineering, Beijing University of Posts and Telecommunications, in 2004 and 2008 respectively, received PhD from Institute for Digital Communications, the University of Edinburgh, UK, in 2013. From 2012 to 2016, he was the postdoc research associate in University College London and University of Bristol, UK. He was a lecturer (Assistant Professor) in Coventry University during 2017 and 2018. From 2019, he is a Tenure Track Assistant Professor at Tampere University, Finland. His research is mainly on signal processing in radar and wireless communications systems, also machine learning methods of sensing data and application in intelligent machines. His research has led to 50 academic publications and US patent. He is the member of IEEE and ACM, active reviewer of multiple IEEE and IET journals in sensing and communications.