Alleviating Poverty: The role of science and technology 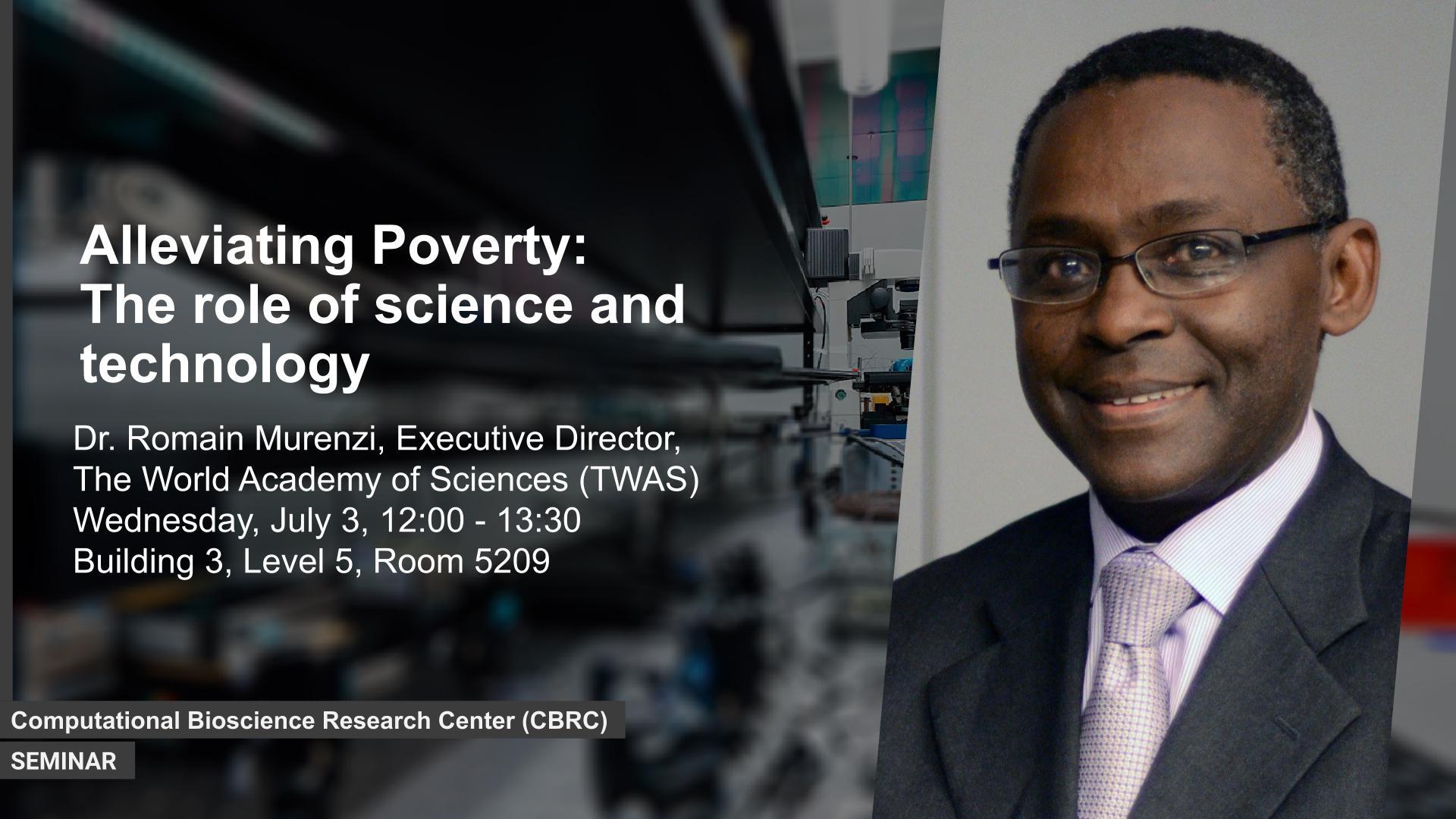 It is an accepted fact that science, technology, and innovation are central to addressing global challenges facing humanity, such as climate change, energy security, food security, diseases, clean water, population control, conflicts and poverty. Therefore, nations are adopting policies and strategies for advancing science, technology and innovation as tools for sustainable economic growth, poverty alleviation and environmental protection. In this talk, I will discuss the role of TWAS working with developing countries in building their science capacity, with special attention to the 47 Least Developed Countries and Africa. TWAS initiatives such as South-South fellowships, research grants, exchange programs and science diplomacy will be discussed.

Romain Murenzi serves as the executive director of TWAS, The World Academy of Sciences for the advancement of science in developing countries, based in Trieste, Italy.

He also oversees the administration of OWSD, the Organization for Women in Science for the Developing World with over 6,000 members; of IAP, the InterAcademy Partnership, a global network of some 130 academies of science and medicine; and of GenderInSITE (GIS), international initiative to promote the role of women in science, innovation, technology and engineering.Bio text.

The secretariat administers 500 doctoral/postdoctoral fellowships per year, with applicants from over 90 developing countries, with currently 1,100 students on site. Research grants and other programs are also offered. Murenzi also plays a key role in global science diplomacy and policy.

Murenzi initially joined TWAS in April 2011 for five years. He then spent 14 months at UNESCO, Paris, directing the Division of Science Policy and Capacity Building in the Natural Sciences sector. On 1 September 2017 he was transferred back to TWAS. Before that he served as Rwanda's Minister of Education, S&T and Scientific Research (2001-2006), and as Minister in the President's Office in Charge of S&T, and Scientific Research, with responsibilities including ICT (March 2006 - July 2009). In 2009 he was a senior scholar at AAAS Center for Science, Technology and Sustainable Development; he served as director from 2010-2011.

Murenzi was born in Rwanda in 1959 and raised in Burundi: BSc from National University of Burundi in 1982, MSc (1986) and PhD from Catholic University of Louvain in Belgium (1990). His major areas of research include multidimensional continuous wavelet transforms to quantum mechanics, image and video processing, and science and technology policy. Murenzi was elected a fellow of TWAS in 2005 and a fellow of the African Academy of Sciences in 2012. From 2014 to 2015, he chaired the UN Secretary General’s High-level Panel on a Technology Bank for the Least Developed Countries and in 2016 he was a member of the 10-Member Group appointed by the UN Secretary General to support the Technology Facilitation Mechanism. In 2015 and 2016 he served as member of the ITU/UNESCO Broadband Commission for Digital Development. He is Member of the Carnegie Mellon University President’s Global Advisory Council.

He currently serves as member of the External Science and Technology Advisory Board of the International Monetary Fund.