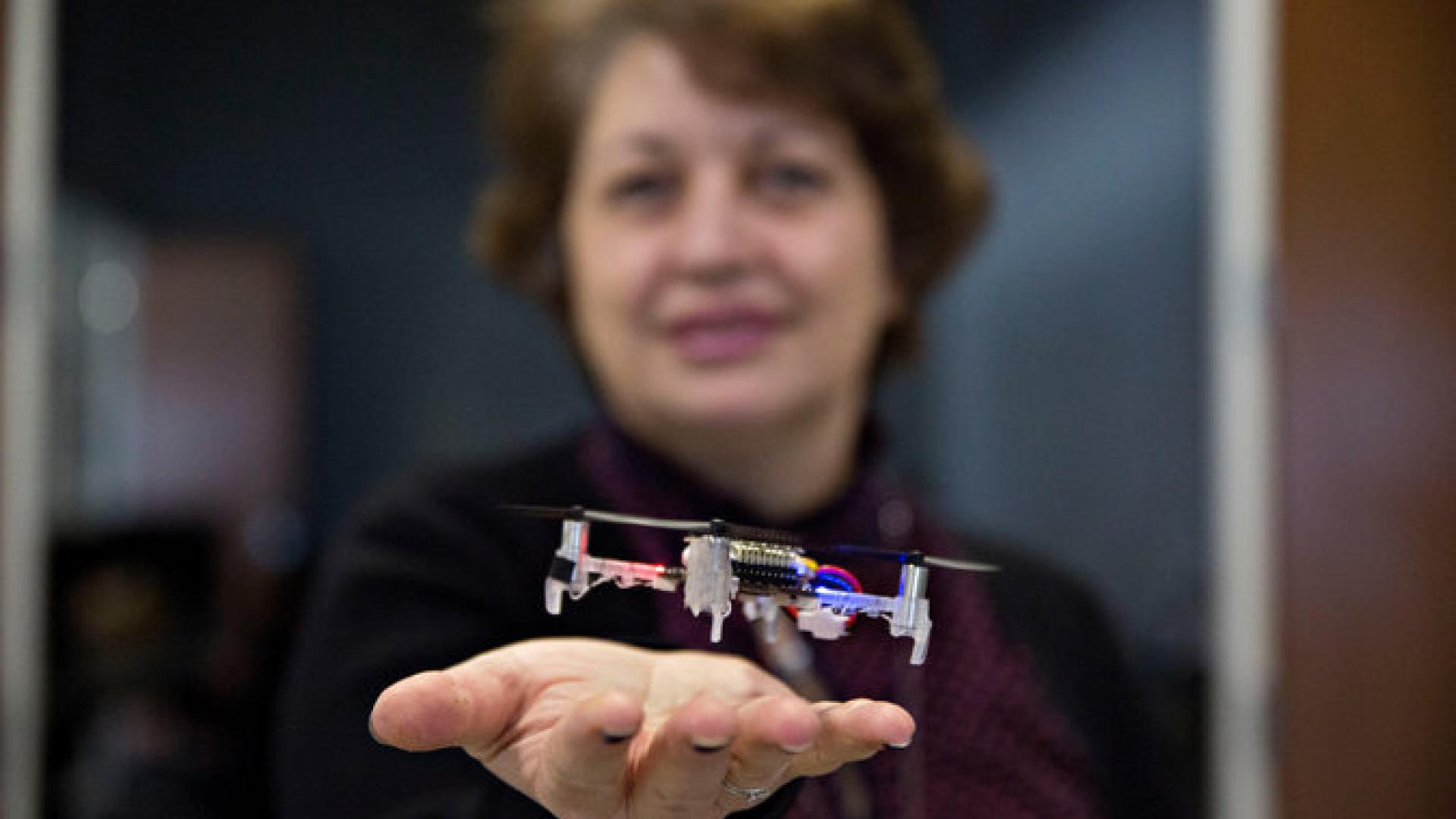 Naira Hovakimyan received her MS degree in Applied Mathematics from Yerevan State University in Armenia. She got her Ph.D. in Physics and Mathematics from the Institute of Applied Mathematics of Russian Academy of Sciences in Moscow. She is currently W. Grafton and Lillian B. Wilkins Professor of Mechanical Science and Engineering at UIUC. She has co-authored two books, eleven patents, and more than 450 refereed publications. She is the 2011 recipient of AIAA Mechanics and Control of Flight Award, the 2015 recipient of SWE Achievement Award, the 2017 recipient of IEEE CSS Award for Technical Excellence in Aerospace Controls, and the 2019 recipient of AIAA Pendray Aerospace Literature Award. In 2014 she was awarded the Humboldt prize for her lifetime achievements. She is Fellow of AIAA and IEEE. She is cofounder and chief scientist of Intelinair. Her work was featured in the New York Times, on Fox TV, and CNBC.