On Solving a Key Challenge in Federated Learning: Local Steps, Compression and Personalization 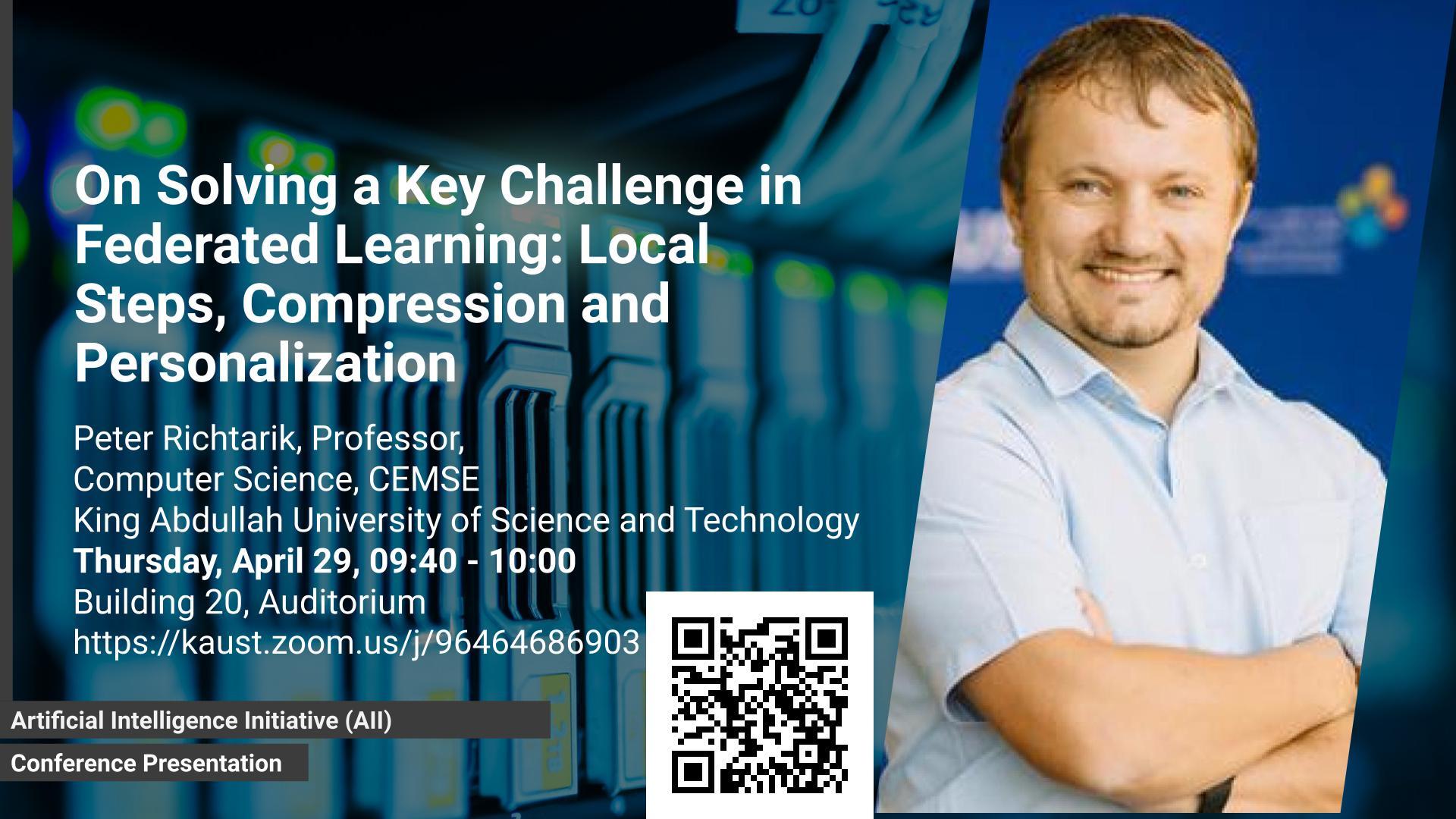 We propose a new optimization formulation for training federated learning models. The standard formulation has the form of an empirical risk minimization problem constructed to find a single global model trained from the private data stored across all participating devices. In contrast, our formulation seeks an explicit trade-off between this traditional global model and the local models, which can be learned by each device from its own private data without any communication. Further, we develop several efficient variants of SGD (with and without partial participation and with and without variance reduction) for solving the new formulation and prove communication complexity guarantees. Notably, our methods are similar but not identical to federated averaging / local SGD, thus shedding some light on the role of local steps in federated learning, which was a major open problem in the field. In particular, we are the first to i) show that local steps can improve communication for problems with heterogeneous data, and ii) point out that personalization yields reduced communication complexity. Finally, I will outline a new piece of work funded by the AI Initiative, in which we enhance some of the aforementioned methods via communication compression.

Peter Richtarik is a professor of Computer Science at the King Abdullah University of Science and Technology (KAUST), Thuwal, Saudi Arabia, where he leads the Optimization and Machine Learning Lab. At KAUST, he has a courtesy affiliation with the Applied Mathematics and Computational Sciences program and the Statistics program, and is a member of the Visual Computing Center, and the Extreme Computing Research Center. Prof Richtarik is a founding member and a Fellow of the Alan Turing Institute (UK National Institute for Data Science and Artificial Intelligence), and an EPSRC Fellow in Mathematical Sciences. During 2017-2019, he was a Visiting Professor at the Moscow Institute of Physics and Technology. Prior to joining KAUST, he was an Associate Professor of Mathematics at the University of Edinburgh, and held postdoctoral and visiting positions at Université Catholique de Louvain, Belgium, and University of California, Berkeley, USA, respectively. He received his PhD in 2007 from Cornell University, USA.

Prof Richtárik’s works attracted international awards, including a Best Paper Award at the NeurIPS 2020 Workshop on Scalability, Privacy, and Security in Federated Learning (joint with S. Horvath), Distinguished Speaker Award at the 2019 International Conference on Continuous Optimization, SIAM SIGEST Best Paper Award (joint with O. Fercoq), and the IMA Leslie Fox Prize (second prize, three times, awarded to two of his students and a postdoc). Several of his works are among the most read papers published by the SIAM Journal on Optimization and the SIAM Journal on Matrix Analysis and Applications. Prof Richtarik serves as an Area Chair for leading machine learning conferences, including NeurIPS, ICML and ICLR, and is an Area Editor of Journal of Optimization Theory and Applications, Associate Editor of Optimization Methods and Software, and a Handling Editor of the Journal of Nonsmooth Analysis and Optimization.