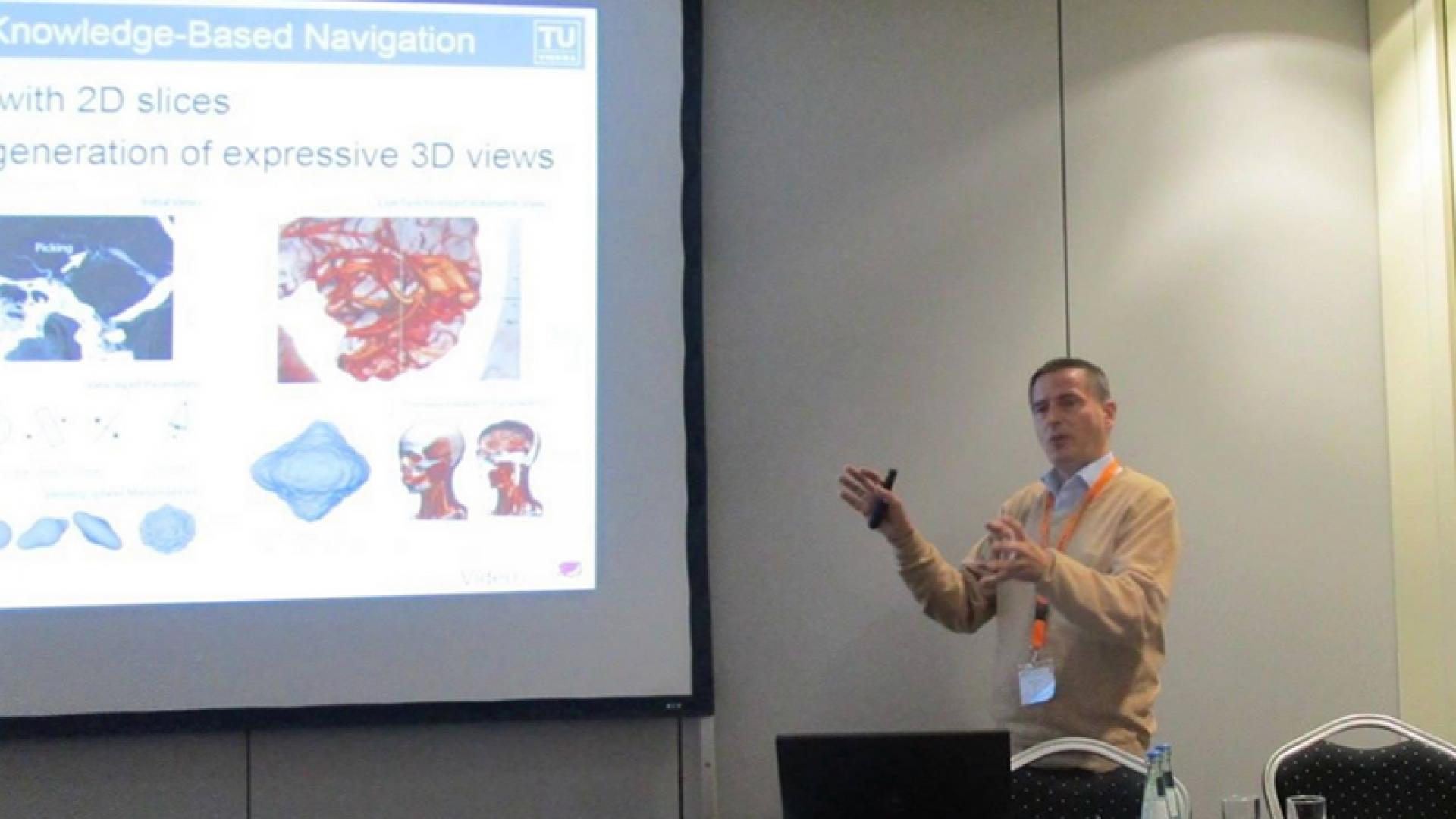 Eduard Gröller is a Professor at the Institute of Visual Computing & Human-Centered Technology (VC&HCT), TU Wien. In 1993, he received his Ph.D. from the same university. His research interests include Computer Graphics, Visualization, and Visual Computing. He is heading the Research Unit of Computer Graphics and the Visualization Group at VC&HCT. The group performs basic and applied research projects in all areas of visualization. Dr. Gröller is a scientific proponent and key researcher of the VRVis Research Center. The center performs applied research in visualization, rendering, and visual analysis.

Dr. Gröller is adjunct professor of computer science at the University of Bergen, Norway since 2005. He co-authored more than 300 scientific publications and acted as a reviewer for numerous conferences and journals in the field. He also has served and serves on various program and paper committees. Dr. Gröller has been Chief Editor of the Journal Computer Graphics Forum in the period 2008 to 2011. He became a fellow of the Eurographics Association in 2009. He is the recipient of the Eurographics 2015 Outstanding Technical Contributions Award and of the IEEE VGTC 2019 Technical Achievement Award. Dr. Gröller is head of the working group on computer graphics of the Austrian Computer Society and member of IEEE Computer Society, ACM (Association of Computing Machinery), GI (Gesellschaft für Informatik), OCG (Austrian Computer Society).