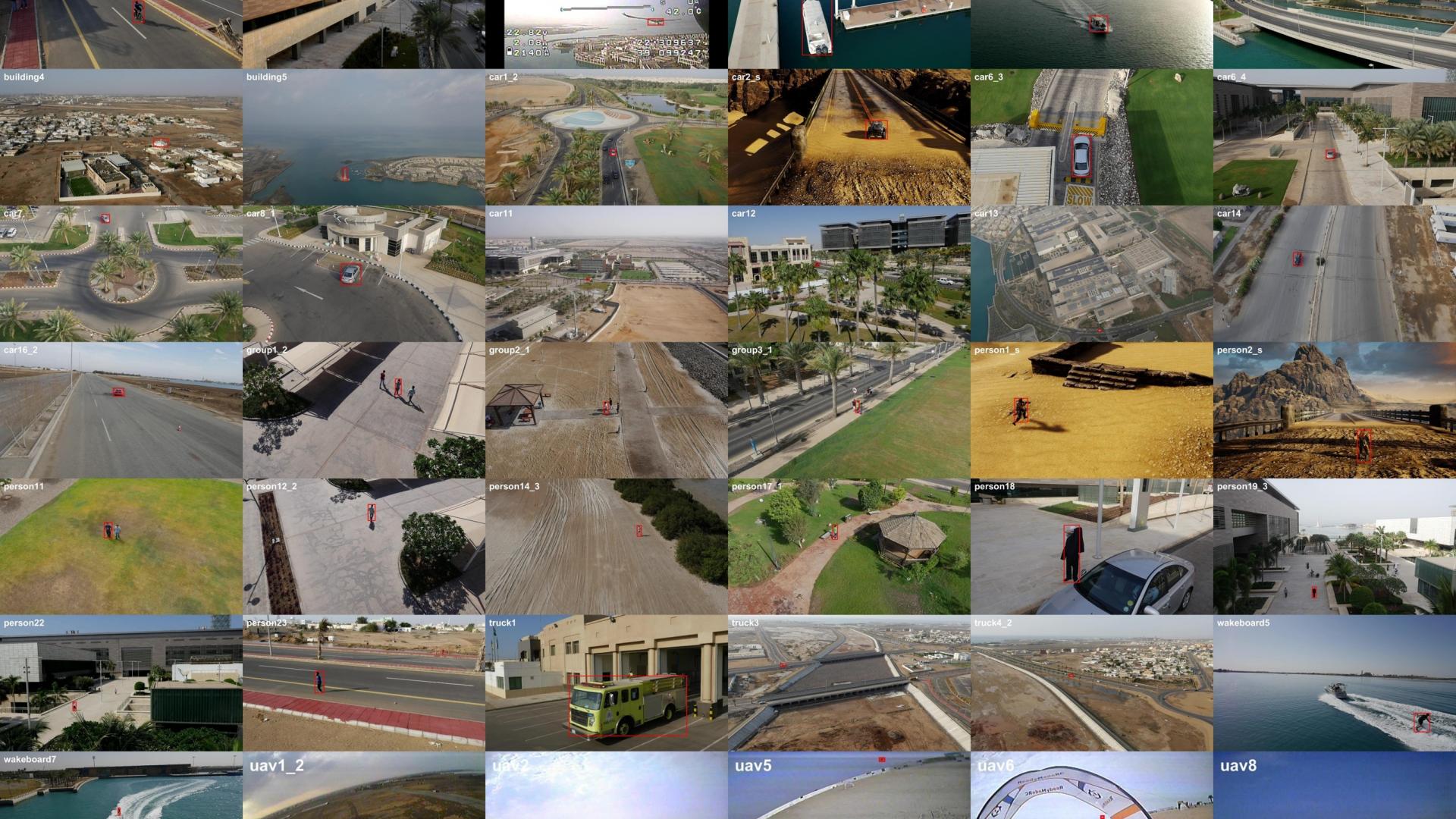 Video captured from low-altitude UAVs is inherently different from video in popular tracking datasets like OTB50, OTB100, VOT2014, VOT2015, TC128, and ALOV300++. Therefore, we propose a new dataset (UAV123) with sequences from an aerial viewpoint, a subset of which is meant for long-term aerial tracking (UAV20L). Our new UAV123 dataset contains a total of 123 video sequences and more than 110K frames making it the second-largest object tracking dataset after ALOV300++. All sequences are fully annotated with upright bounding boxes. The dataset can easily be integrated with the visual tracker benchmark . It includes all bounding box and attribute annotations for the UAV dataset. Please also download the modified tracker benchmark with the modified files "configSeqs.m" and "configTrackers.m" containing the sequence and tracker configuration. Also, note that the file "perfPlot.m"  was adapted for evaluation according to the attributes described in the paper.

The modified tracker benchmark (~51MB) with all configuration files and trackers can be downloaded here: [GoogleDrive], [FTP]: pw: uav123​

"A Benchmark and Simulator for UAV Tracking"