Welcome to our workshops page!

Overview: The modulating functions was first introduced in 1954 by Shinbrot to identify parameters for linear dynamical systems. Then it has been extended to other classes of models including partial differential equations and fractional differential equations. Modulating​ functions introduces interesting features allowing accurate and robust identification and estimation of parameters and source terms. For instance, it reduces the estimation problem into an algebraic system of equations. It is computationally less costly and robust against noise. In addition, it requires neither initial nor boundary conditions.​

Aim: Workshop on Advances in Theory and Application of The Modulating Function is one of the first of its kind in bringing people in the Modulating Function "MF" development field together. The aim of this workshop is to create a truly open forum for discussion among expert professors in the field as well as feedback from young researchers and mathematicians. In particular, we will address the scientific developments, advances and challenges in modulating functions based methods. ​​The creation of this workshop is a natural response of the MF community to the increasing demand in the field, and it will position itself as a premier forum for AMF developers in information exchange and promotion of modeling diversity. Ultimately, the result of such a forum will benefit not only the model developers, but also as a service to the entire modeling, identification and functions implementation communities.

‌Title: The theory and application of modulating functions method 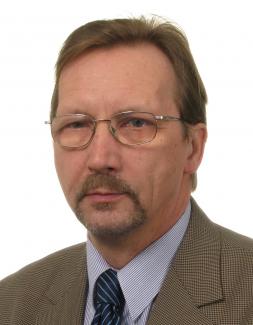 Witold Byrski obtained the PhD degree in Automatics in 1976 from AGH University of Science and Technology in Krakow, Poland. He received Doctor Habilitatus "DrSc" degree in 1994 and in 2009 the scientific title of the Professor. He is employed on the position of a full professor and manages the group of Process Control at the Department of Automatic Control and Robotics "DACR", in Faculty of Electrical Engineering, Automatics, Computer Science and Biomedical Eng. AGH-UST in Krakow. Since 1998 he is the Deputy Head of DACR. The field of his researches is covered by new integral algorithms for the exact state observation and for the identification of continuous dynamic models by the use of modulating function and convolution methods. Results of researches were published in monograph, in sections of other books, in papers, international conferences and congresses over 100 reviewed publications and over 100 other research rapports. He has managed several projects granted by the Polish Ministry of Science and Higher Education.​​As a visiting professor, he was invited and hosted in a few European universities such as:

‌Title: Modulating Functions of the Fourier-Type - Extensions Towards Simultaneous State and Parameter Estimation 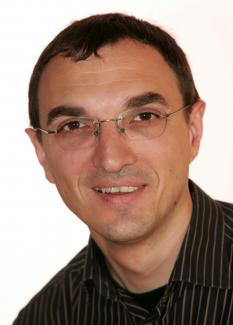 Dr. Johann Reger received his diploma degree "Dipl.-Ing." in Mechanical Engineering in 1999 and his doctorate "Dr.-Ing." in Control Engineering in 2004, both from the University of Erlangen-Nuremberg in Germany. He has held several postdoc positions, among others, with the Mechatronics Department at CINVESTAV-IPN in Mexico-City, the EECS Control Laboratory at the University of Michigan in Ann Arbor, and the Control Systems Group at TU Berlin. Since 2008 he is a full professor and head of the Control Engineering Group at the Computer Science and Automation Faculty, TU Ilmenau, in Germany. There he also serves as vice-dean and director of the Institute for Automation and Systems Engineering. His current research foci are on adaptive and robust control, variable structure and sliding mode control, state and parameter estimation. Application areas include robotics, mechatronics, automotive, and water systems.
Title: On integer order and fractional order differentiators using modulating functions method‌ 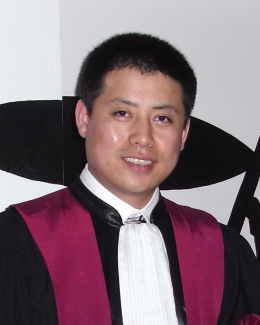 Dayan LIU received the B.S. and M.S. degrees from University of Lille 1, France, in 2005 and 2007, respectively. He earned his Ph.D. degree in Applied Mathematics with great honors from University of Lille 1 & INRIA Lille-Nord Europe in October 2011. After being postdoctoral fellow in Arts et Métiers ParisTech and at King Abdullah University of Science and Technology "KAUST" in Saudi Arabia, he becomes a tenured Assistant Professor in INSA "French National Institute of Applied Sciences" Centre Val de Loire in 2013, where he belongs to Control Team in PRISME Laboratory. From 2018, he is nominated as Guest Professor by University of Yanshan, China. Dr. Liu’s main research interests concern with non-asymptotic estimation and identification for integer order and fractional order systems. Until now, he has published more than 50 papers in international journals and conferences such as IEEE Transactions on Automatic Control, Automatica, SIAM Journal on Scientific Computing and Systems & Control Letters, etc. Thanks to his Ph.D. work, he earned the Chinese Government award for outstanding self-financed students abroad in 2012. Since October 2017, he is member of IFAC's Technical Committee: 2.2 Linear Control Systems. From Mars 2018, he becomes member of Chinese Association of Automation.
‌Title: Inversion-free parameter estimation with regression algorithms based on modulating functions 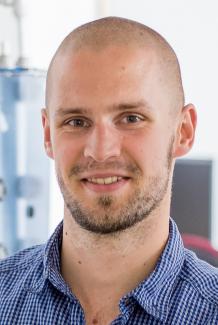 Matti Noack received the B.Sc. degree in 2015 from the Technische Universität Ilmenau, Germany, and in 2017 the M.Sc. double degree in "Engineering Cybernetics and Systems Theory" and "Control Engineering and Automation" from the TU Ilmenau and the Pontificia Universidad Católica del Perú, Lima, respectively. He is a research assistant and doctoral student with the Control Engineering Group at TU Ilmenau since November 2017. His research interests include robust and adaptive observer design for parameter and state estimation as well as nonlinear systems theory and optimal control with major application focus on measurement and information processing in vehicle dynamics, robotics, and water systems.
‌Title: Fault Diagnosis for Diffusion-Reaction Systems using the Modulating Functions Method 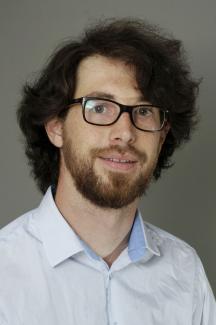 Ferdinand Fischer received the M. Sc. degree in mechatronics from the Friedrich-Alexander University Erlangen-Nuremberg FAU, Germany in 2015. Since October 2015, he is a Ph. D. student in the Infinite-Dimensional Systems Group of Prof. Deutscher at the Chair for Automatic Control at FAU. His research interests include the modulating function method for fault diagnosis and source term reconstruction.
‌Title: Inverse problems for a fractional advection dispersion equation based on modulating functions
Abeer Aldoghaither, is the Director of General Education Department at Dar Al-Hekma University in Jeddah, Saudi Arabia.  She received her Bachelor’s degree in Mathematics from King Abdulaziz University, Jeddah, Saudi Arabia, her Master’s degree in Mathematics from The George Washington University, Washington, DC, USA and her Phd. in Applied Mathematics from King Abdullah University of Science and Technology KAUST, Thuwal, Saudi Arabia. Her research area is “Inverse Problems for Fractional Partial Differential Equations”. Abeer published quality papers and participated in several international conferences.​
‌Title: Online parameter and state estimation of an Air Handling Unit — experimental results using the modulating function method 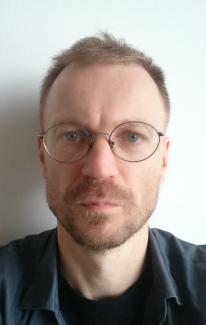 Jerome Jouffroy received the PhD degree from University of Savoie, France in 2002. From 2003 to 2006, he was a postdoctoral fellow at the Norwegian University of Science and Technology, Trondheim, Norway. He has been an Associate Professor in Control Systems and the head of the section SDU Mechatronics, Mads Clausen Institute, University of Southern Denmark, since 2007 and 2016, respectively. His research interests include control, state and parameter estimation of mechatronic systems.
‌Title: Parameters and source estimation for partial differential equations using modulating functions
‌
‌