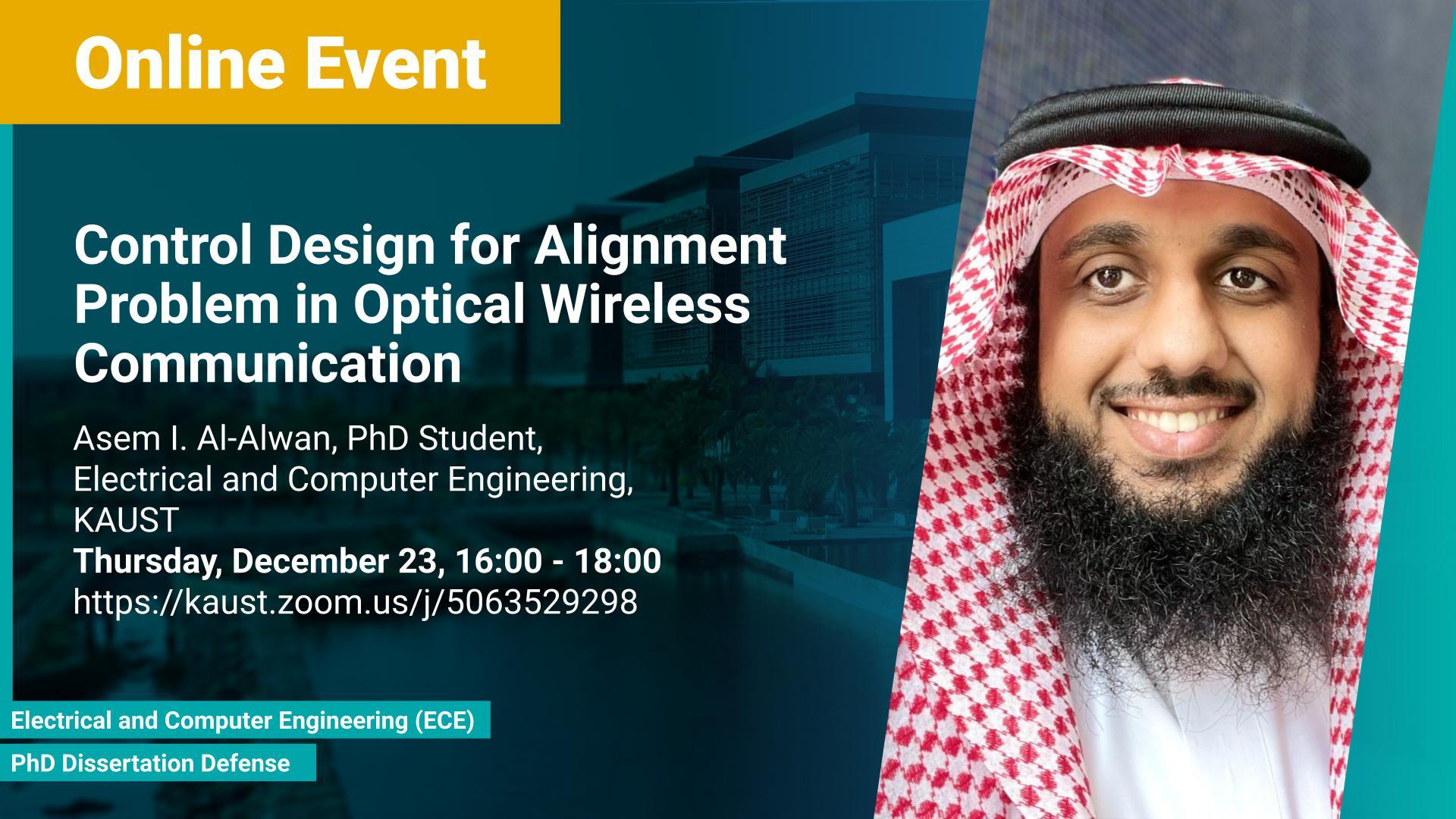 Optical Wireless Communication (OWC) offers many benefits over established radio frequency-based communication links. In particular, high beam directivity generates efficient power usage and high-speed data services. Moreover, due to its ease of deployment, high transmission security, license-free operation, and insensitivity to interference, the OWC link is becoming an attractive solution for the next generation of communication systems. This solution concept can be applied via underwater, ground to ground, ground to air, or air to air communication. In OWC, precise alignment of the incoming beam is necessary to close the communication link. However, achieving a precise laser beam's alignment between the transmitter and the receiver is challenging due to the narrow laser beam and the external disturbances (e.g., atmosphere or underwater turbulence) that can significantly reduce, destroy, or scatter the beam signal.
Therefore, designing optimized control strategies can significantly improve the alignment precision, which is the main motivation of this work. This thesis deploys standard and optimal control techniques, with an emphasis on optimized control strategies, to address the alignment problem in underwater optical communication and laser beam stabilizer systems.

First, the alignment problem in the Underwater Optical Wireless Communication (UOWC) system is investigated.  For its effective control, the properties of the light propagation in the water medium have been considered by accounting for both the light intensity model and dynamical model that describes the propagation characteristics of the signal beam between transmitter and receiver. To control the UOWC system, we design an observer-based optimal controller approach that combines the unconstrained and constrained optimal controllers, namely Linear Quadratic Regulator (LQR) and Model Predictive Control (MPC) with the Extended Kalman Filter (EKF). The latter enables the estimations of the beam dynamics from the power of the received beam signal. Extensive simulation tests were conducted and demonstrated the efficiency of the MPC algorithm compared to the LQR and conventional Proportional Integral Derivative (PID) controllers in terms of tracking and robustness against the disturbance levels.

Second, the alignment problem in the laser beam stabilizer system is considered, where the designed control algorithms have been tested experimentally. For this particular system, the LQR and MPC optimal controllers have been designed both in simulation and experimental environments. The designed optimal control algorithms have been compared to conventional PID controller and its optimized variants (e.g., fractional and robust) and have shown the MPC design's outperformance in terms of tracking error and robustness to different voltage disturbance levels.

Asem Alalwan is a Ph.D. candidate in the Electrical and Computer Engineering Program at King Abdullah University of Science and Technology. He received the B.Sc. degree in Electrical engineering from KFUPM University, Dhahran, Saudi Arabia, in 2021, and the M.Sc. degree in Electrical Engineering from King Abdullah University of Science and Technology, Makkah province, Thuwal, Saudi Arabia, in 2016, where he is currently pursuing the Ph.D. degree. His general research interests lie in Control algorithms for alignment with special emphasis on optical wireless communications systems. Specific research areas include Model Predictive Control, Optimal Control, and Kalman Filtering.