The challenging path to creating fully autonomous and controllable microrobots 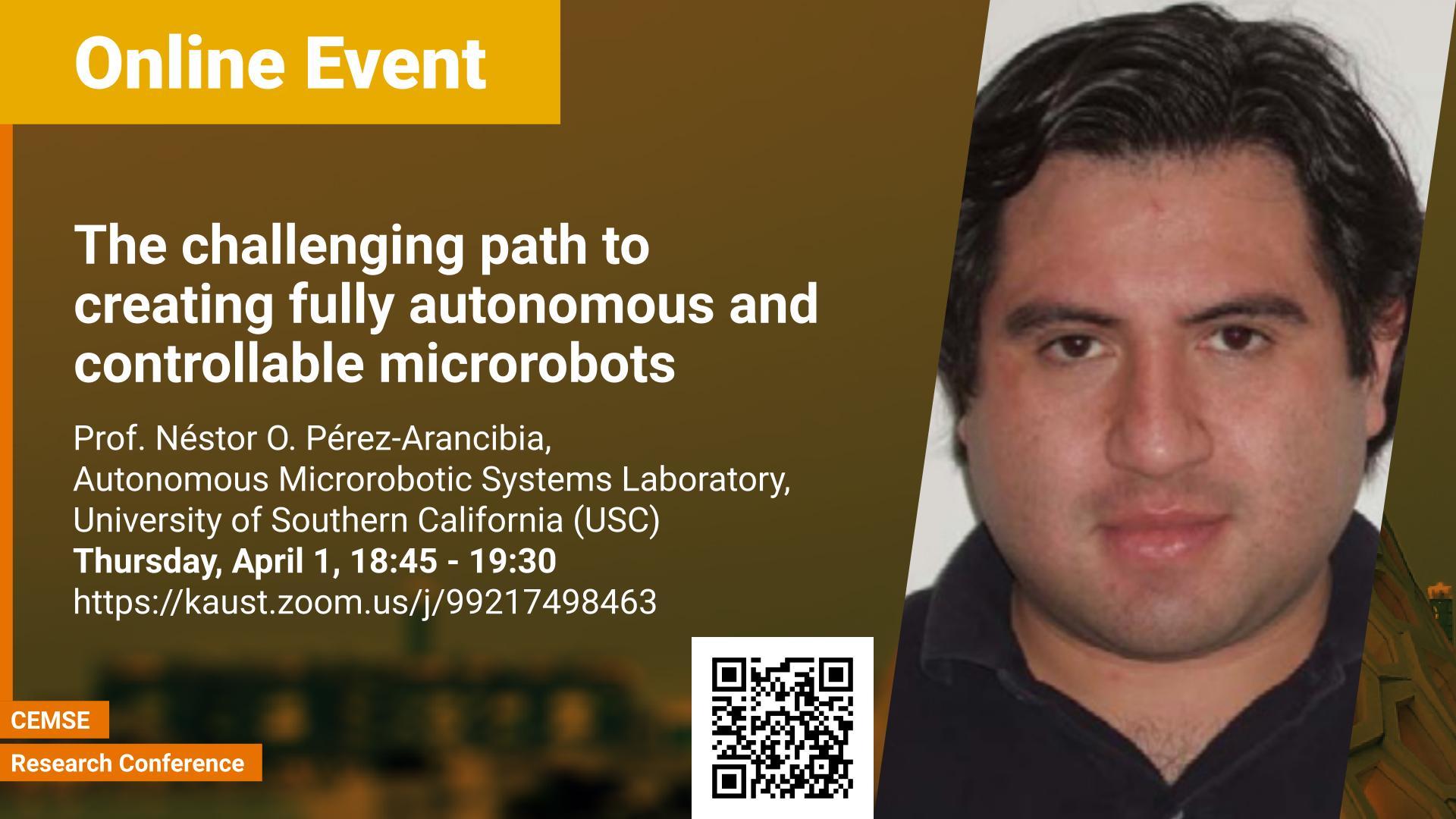 Biological machines, in particular insects, still surpass their robotic counterparts in almost every aspect, including power conversion, actuation, sensing, and control. For instance, the most advanced insect-scale microrobots have yet to achieve the capabilities observed in honeybees and beetles. No subgram robot has been reported to autonomously complete tasks that are challenging or useful for humans, and the vision of creating truly autonomous artificial insects will become a reality only once several long-standing challenges are overcome. In this talk, I will present recent results that represent breakthroughs in power, actuation, and control at the subgram scale, which enabled the creation of three new microrobots with unique and important characteristics from the autonomy perspective. First, I will discuss the design, fabrication, and control of Bee+, a 95-mg flying robot which is the first and only fully controllable four-winged artificial insect driven by four independent actuators, weighing less than 100 mg. Next, I will present the development of RoBeetle, an 88-mg microrobot which is the lightest autonomous (from the energy and control perspectives) crawler ever created, and one of the smallest. RoBeetle is driven by a micro artificial muscle that combines the high work densities of shape-memory alloys (SMAs) with the capability to use sources of power with high energy densities. Last, I will present SMALLBug, the lightest (30 mg), smallest and fastest microrobot driven by an SMA-based actuator ever created. The key innovation that made the creation of this microrobot possible was the introduction of a new ultralight SMA actuator that weighs 6 mg only. This actuator exhibits the high work density characteristic of SMA materials while achieving high frequencies of operation (up to 30 Hz).

Néstor O. Pérez-Arancibia received the Ph.D. degree in mechanical engineering from the University of California, Los Angeles (UCLA), Los Angeles, CA, USA, in 2007. From October 2007 to March 2010, he was a Postdoctoral Scholar with the Laser Beam Control Laboratory and the Mechatronics and Controls Laboratory in the Mechanical and Aerospace Engineering Department at UCLA. From April 2010 to March 2013, he was a Postdoctoral Fellow, and from April 2013 to August 2013, he was a Research Associate with the Microrobotics Laboratory and the Wyss Institute for Biologically Inspired Engineering at Harvard University, Cambridge, MA, USA. Since August 2013, he has been with the Department of Aerospace and Mechanical Engineering at the University of Southern California (USC), Los Angeles, CA, USA, where he founded and directs the Autonomous Microrobotic Systems Laboratory (AMSL). His current research and teaching interests include feedback control, mechatronics, microrobotics, soft robotics, and biologically-inspired engineering. During the past six years his research has been mostly founded by the National Science Foundation (NSF) and the Defense Advanced Research Projects Agency (DARPA).