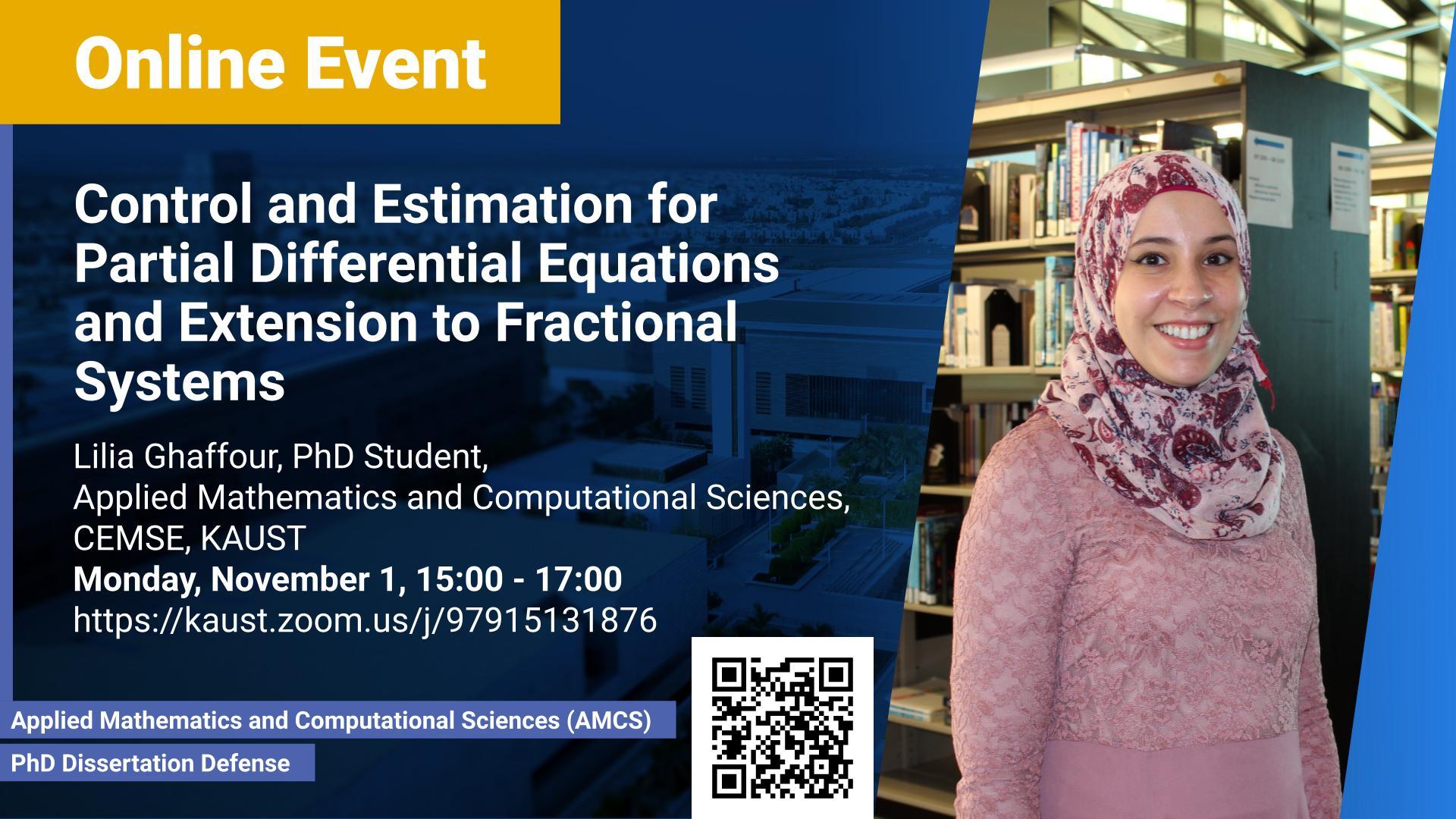 Partial differential equations (PDEs) are used to describe multi-dimensional physical phenomena. However, some of these phenomena are described by a more general class of systems called fractional systems (FS).

In this thesis, we explore a class of controllers and estimators that is based on integral transformation and respond to control and estimation challenges for both PDE and FPDE.  One of the main contributions of this thesis is the development and analysis of a new integral transformation-based control algorithm for the study of reference tracking problems and observer designs for fractional in space or in time PDEs using the extended backstepping approach. Examples of applications that involve reference tracking of FPDEs are gas production in fractured media and solute transport in porous media.

The designed controllers, like all the feedback controllers, require knowledge of some system's parameters, sources, or even states for all positions and at any time. However, these quantities may be not measurable, especially, for space-evolving dynamical systems. Therefore, in this thesis, we propose a non-asymptotic and robust estimation algorithm based on the so-called modulating functions (MFs). MFs bassed approach uses an integral transformation to transform the considered system into an algebraic system of equations on the quantity of interest, which can be solved analytically and hence will allow estimation in a finite time. This is done by concluding a model for the modulating functions which fulfills all the requirements made on the MF. This allow us to select the proper MF to chose for each particular problem. Unlike the observers-based methods, the proposed algorithm has the advantage that it converges in a finite time; it requires neither an initial guess nor the computation of the derivatives of the measurements, which can be noisy.

First, this algorithm is extended in this thesis to the finite time and robust state estimation of a linear reaction-diffusion equation for all times and positions. Then, this algorithm is extended to the finite time and robust state estimation of non-linear PDEs with general non-linearity. This algorithm is also used for the joint estimation of the parameters, the fractional differentiation order, and the source reconstruction for space PDE. An example of a real-life application involving such a problem is gas production. Finally, we use this algorithm for the disturbances' estimation for the time Fractional Advection-Dispersion Equation (FADE). Solute transport in porous media is a real-life application of this problem.

Lilia Ghaffour is a Ph.D. candidate in the Division of Computer, Electrical, and Mathematical Sciences and Engineering (CEMSE) at KAUST. She received her M.S. degree in Applied Mathematics from the University of Mostaganem, Algeria, in 2016. Currently, she is working towards a Ph.D. degree in Applied Mathematics and Computational Sc. at King Abdullah University of Science and Technology (KAUST). Her research interests include control and inverse problems for fractional partial differential equations. 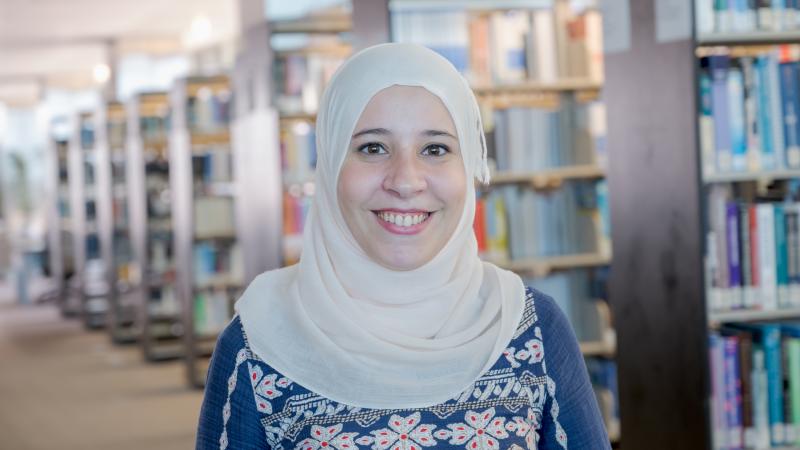