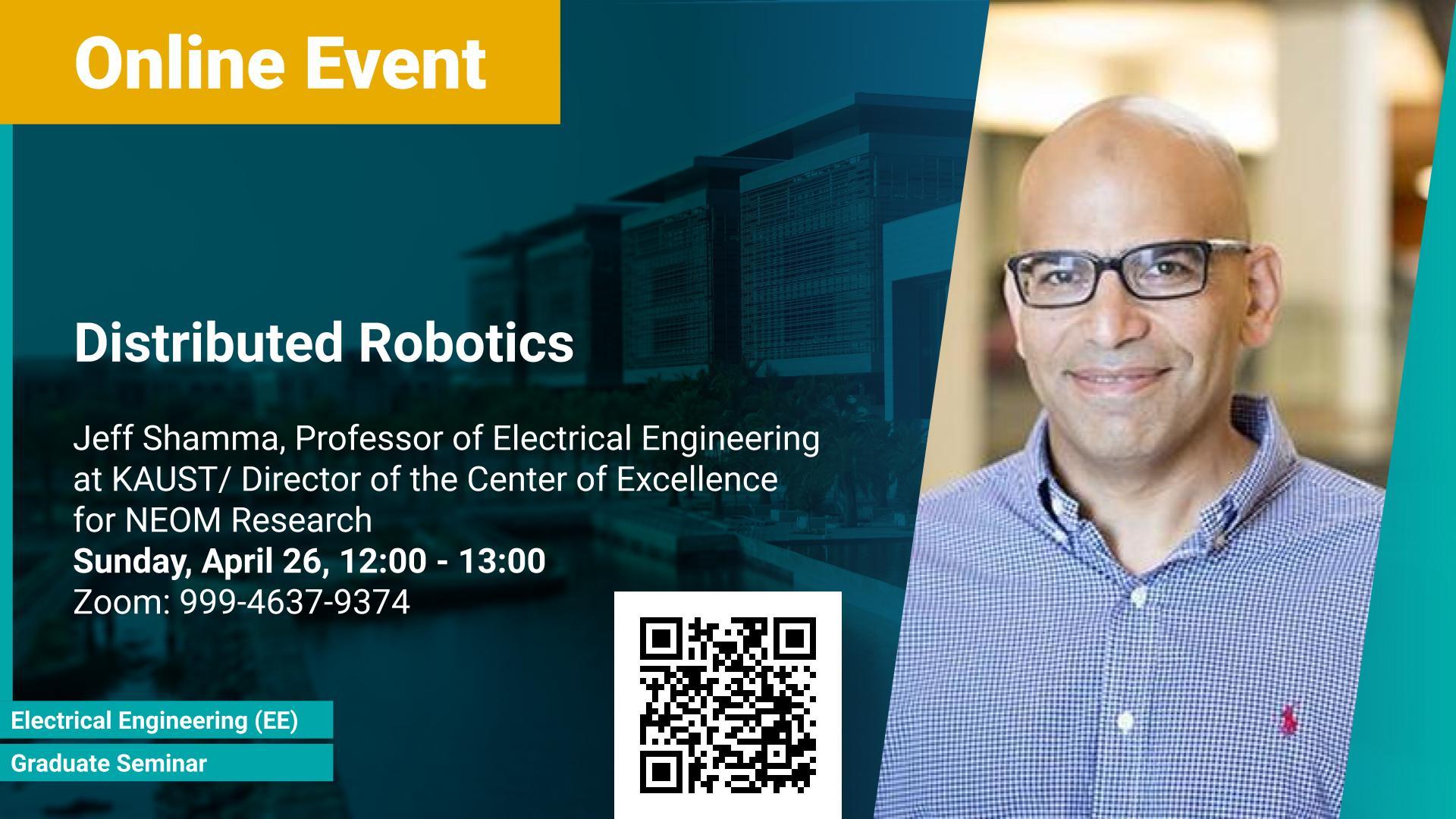 In distributed robotic systems, there is a group of robots that seek to achieve a collective task. Applications include environmental monitoring, search and rescue, and programmable self-assembly. Settings can range from a small team of cooperative robots to a swarm of many interacting agents. An essential feature of such systems is that individual robots make decisions based on available local information as well as limited communications with other robots. The challenge is to design local protocols that result in desired global outcomes. In contrast to a traditional centralized paradigm, both measurements and decisions are distributed among multiple actors. This talk presents an overview of challenges, state-of the-art, and applications for distributed robotic systems.

Jeff S. Shamma is a Professor of Electrical Engineering at the King Abdullah University of Science and Technology (KAUST) and the Director of the Center of Excellence for NEOM Research at KAUST. Shamma received a Ph.D. in Systems Science and Engineering from the Massachusetts Institute of Technology in 1988. Prior to joining KAUST, he was the Julian T. Hightower Chair in Systems & Control at the Georgia Institute of Technology, and he has held visiting positions at MIT and Caltech.  Shamma is a Fellow of the Institute of Electrical and Electronics Engineers (IEEE) and the International Federation of Automatic Control (IFAC), and a past Distinguished Lecturer of the IEEE Control Systems Society. He is currently the Editor-in-Chief for the IEEE Transactions on Control of Network Systems and an Associate Editor of the IEEE Transactions on Robotics.