On the Fundamental Challenges for Self-Driving Cars 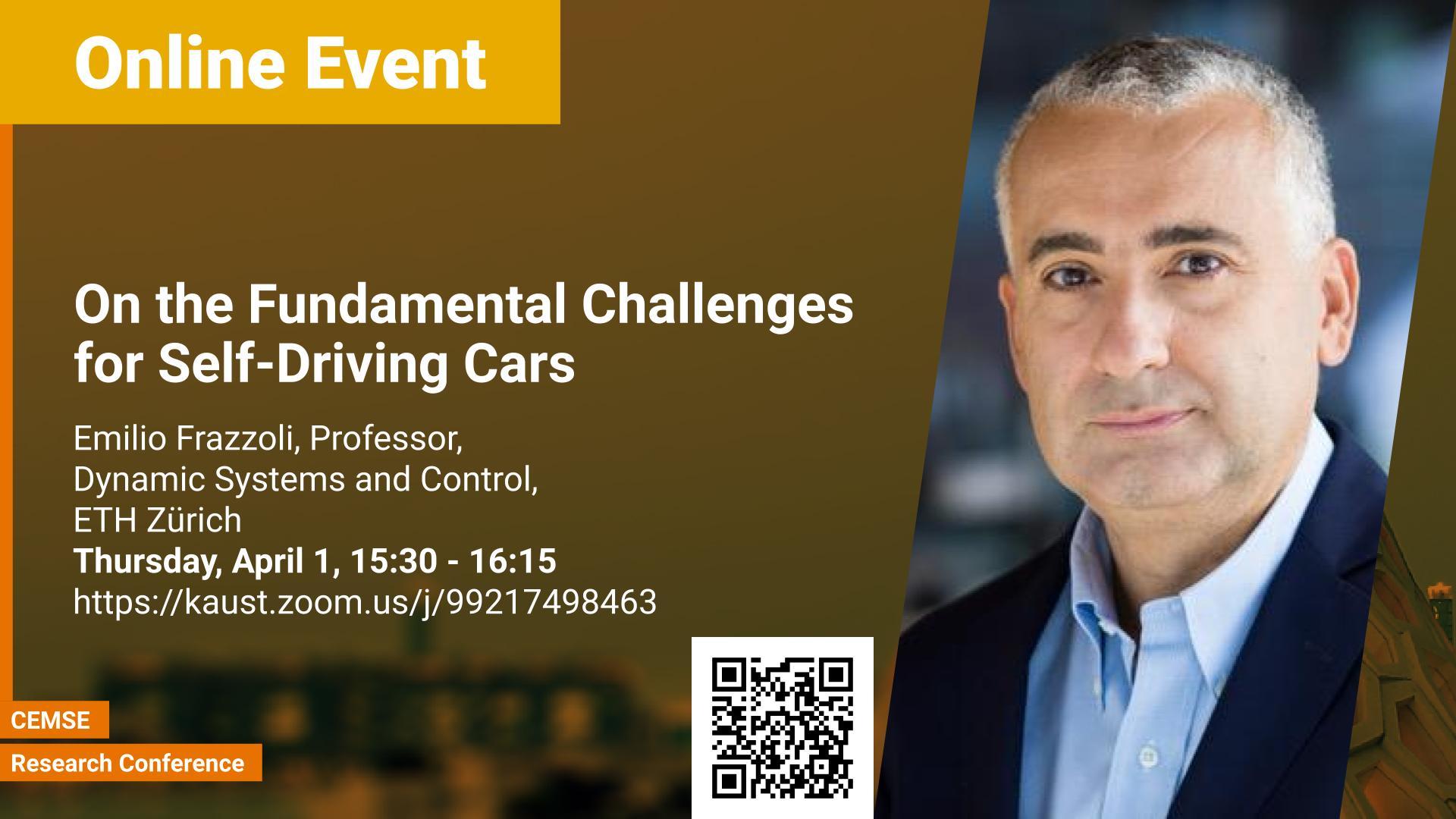 Autonomous Vehicles, Self-Driving cars, Driverless Cars have been recurring keywords in the media, and an important focus for the research community, for more than a decade now. However, as we move past the peak of the hype cycle, the industry is bracing for a development timeline that is much longer than many early predictions.

In this talk, I would like to focus on what I consider the main fundamental issues that remain essentially unresolved, and will require a concerted effort by industry, academia, and regulatory bodies to address.

These issues essentially go beyond the (very hard, but in a sense "standard" and well studied) problems of control, perception, etc. and revolve around making sound decisions on precisely how we want these vehicles to behave, both at the individual, single-car level, and at the fleet level. In other words, how we want these vehicles to behave when interacting with pedestrians, cyclists, or other cars, and what effect we want them to have on urban mobility, including, e.g., their impact on the urban environment, public transit, and society.

Far from providing definitive answers, I will discuss some of the approaches we have been pursuing in addressing these problems, and some of the progress we have made, both at nuTonomy (and then Aptiv and Motional), and ETH Zurich.

Emilio Frazzoli is a professor of Dynamic Systems and Control at ETH Zurich, and Chief Scientist of Motional AD, the current embodiment of nuTonomy, the startup he founded with Karl Iagnemma in 2013, and was acquired by Aptiv in 2017.

His main research interest are in robotics, autonomous systems, and intelligent mobility. In acknowledgement of his seminal work in these fields, Emilio has received numerous  awards, including the the 2015 IEEE George S. Axelby Award and the 2017 IEEE Kiyo Tomiyasu Award, and has been named an IEEE Fellow in 2019. A former full professor at MIT, he directed the research group that first demonstrated an autonomous mobility (“robotaxi”) service to the public, and performed the first analysis of the social and economic impact of such a service, based on real transportation data.

He holds a Laurea Degree in Aeronautical Engineering from the Sapienza University of Rome, and a PhD in Aeronautics and Astronautics from MIT.