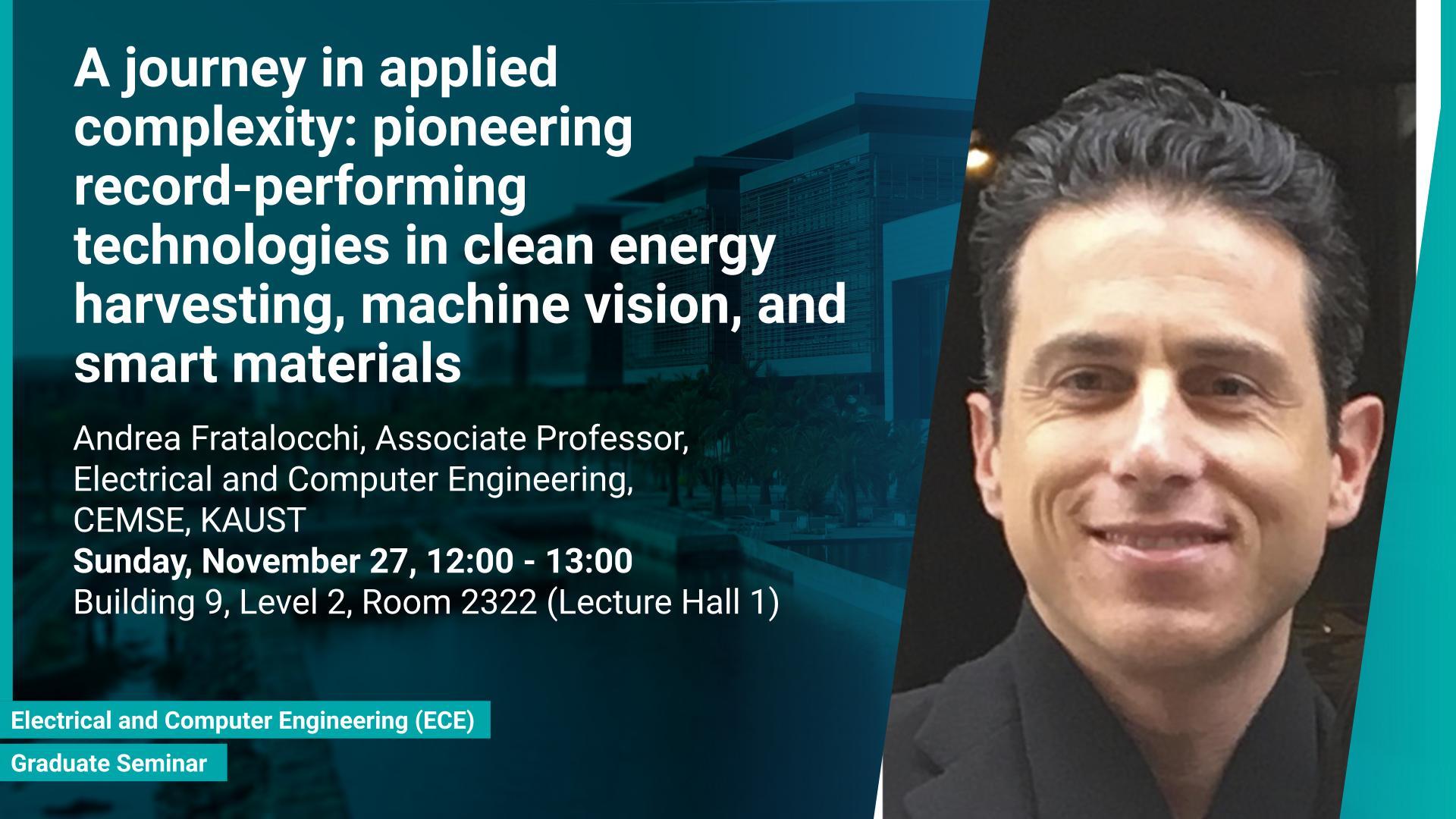 Complexity studies physical processes that are generally unpredictable or difficult to predict and depend on many degrees of freedom. Examples include chaos, rare events, brain functions, natural mimicry and camouflage, swarms, cooperative dynamics, and intelligence. In some cases, the evolution of these systems appears relatively simple, such as predator-prey games in nature or neurons that send electric stimuli to their nearest neighbors. Conversely, the effects are advanced and sophisticated, with a common denominator: extreme efficiency and sustainability.

A brain with 250 trillion connections and 100 billion neurons consumes less than 20W. Each neuron dissipates less than one nW: this power is one-millionth the one dissipated by the most sophisticated transistor fabricated today. Rare phenomena ranging from hurricanes to anomalous water waves originate in environments that are usually in a calm state. Under specific conditions, strong cooperation among many waves in the ocean or clouds in the sky occurs, triggering the formation of events that gather exceptional amounts of power. The equivalent power of each of these events is way higher than the most efficient plant available on earth. The camouflage of specific mollusks is more advanced than the most sophisticated nanomaterial engineered today; they can also dynamically change, contrary to manufactured best structures.

Applied Complexity aims to understand the physical origin of these behaviors and transform them into sustainable technologies that tackle global problems of global interest. These range from energy harvesting to clean water production, the design of smart materials, biomedical applications, information security, artificial intelligence, and global warming.

In this talk, I will summarize my group's recent research, discussing present results and future challenges of Applied complexity both as a science and engineering.

Andrea Fratalocchi is an Associate Professor (from July 2016) in the Computer, Electrical, and Mathematical Sciences and Engineering Division at KAUST University. He joined KAUST in January 2011 as Assistant Professor. Before joining KAUST, Andrea Fratalocchi was a Research Fellow at the Sapienza University of Rome under a KAUST Fellowship Award. From 2007 to 2009, Andrea Fratalocchi worked as a post-doctoral researcher at Sapienza University under a "New Talent" Award from the research center "Enrico Fermi." In 2012 he was appointed as Editor of Nature Scientific Report. In 2017, he won the Middle East GCC Enterprise Award as the best electrical engineer of the year. In 2019, he became a Fellow of the Institute of Physics (IOP), a Senior Member of the IEEE, and a Fellow of the Optical Society of America (OSA):
"For pioneering innovations in the use of complex optical systems and the development of creative technologies in clean energy harvesting, bio-imaging, and advanced optical materials". According to the standardized citations index collected by Plos (https://doi.org/10.1371/journal.pbio.3000918) Andrea Fratalocchi is in the top 2% of Optics worldwide. Andrea Fratalocchi authored more than 200 publications, including three books and six patents. Andrea Fratalocchi is the co-founder of Pixeltra (www.pixeltra.com), a startup company implementing a revolutionary artificial intelligent hardware and software hyperspectral technology for security, food safety, and biomedical applications.