Modeling and Numerics of Sorption Kinetics 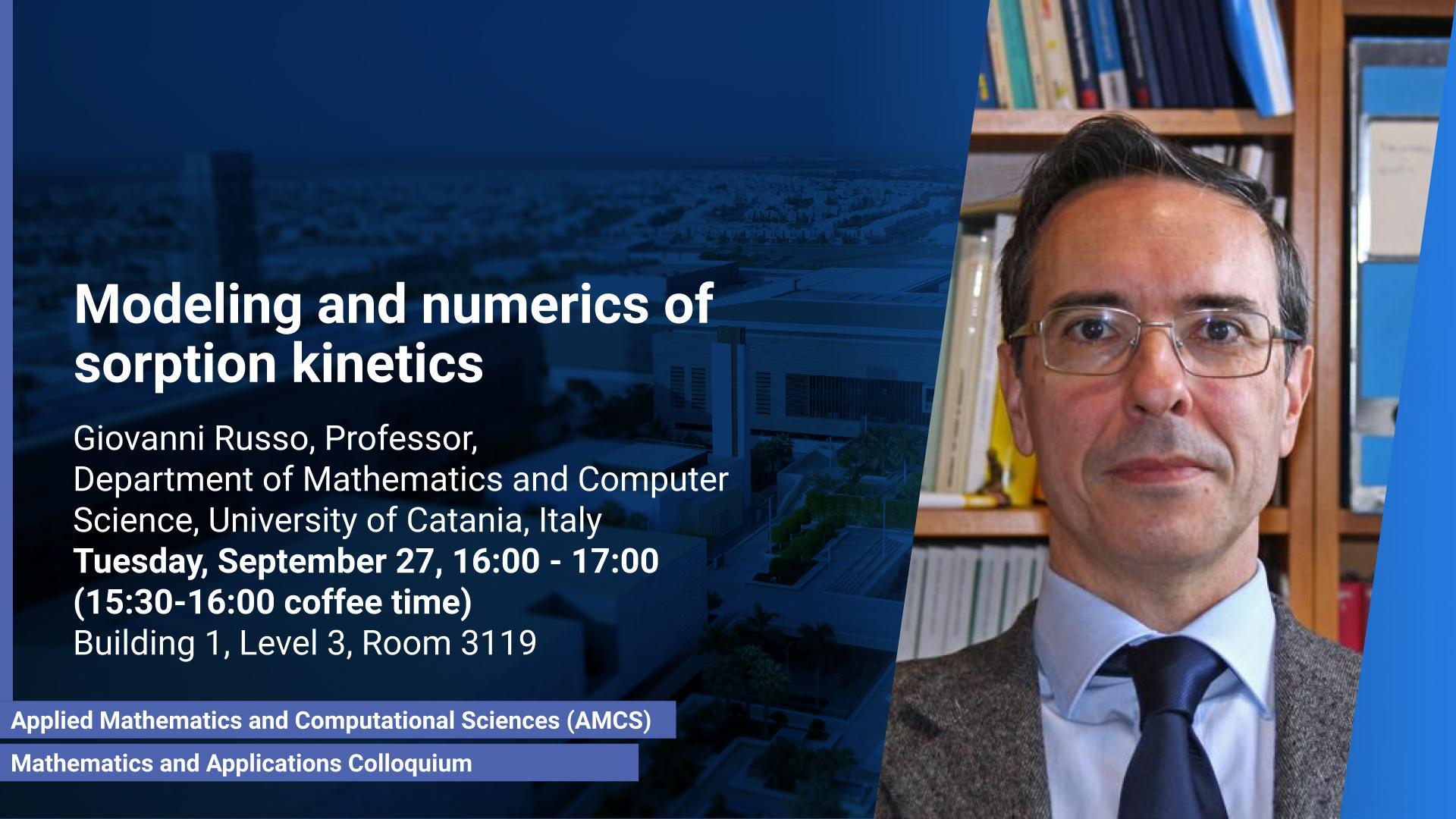 The treatment of diffusion of surfactants (anions and cations) in presence of an oscillating bubble is an interesting interdisciplinary problem, with applications to chemistry and biology.

The starting mathematical description of the system is based on a drift-diffusion model. In spite of the apparent simplicity of the model, from the computational point of view, the problem is a challenging one, for various reasons.

First, the problem is intrinsically multiscale in space, because the range of interaction between the bubble and the anions (nanometers) is orders of magnitude smaller than the size of the domain of interest (millimeters).   Second, the assumption of quasi-neutrality and low ion concentration, which is usually very reasonable in the bulk, may become inappropriate near the bubble surface, making the equations non-linear. Third, if the bubble oscillates then the diffusion of the ions is coupled with the motion of the fluid which has to be computed in a moving domain. Fourth, in typical experiments with an oscillating bubble, the period of oscillations (a few milliseconds) is orders of magnitude smaller than the diffusion time (hours).

A multiscale single carrier model has been derived, which describes the interaction of the bubble on the anions by a suitable boundary condition of the diffusion equation for the ions, derived by mass conservation and asymptotic analysis in the region near the trap. The interaction potential is assumed to be of a small thickness $\delta$, still with a non-negligible effect on the diffusant. The solution is formally expanded in terms of the small parameter $\delta$. It is shown that to the lowest order in $\delta$ the concentration is in local equilibrium, with a shape given by a Boltzmann distribution. From this one can derive an effective boundary condition relating the time dependence of the boundary concentration to the flux (and therefore to the normal gradient of the concentration).

The multi-scale model is extended to take into account the effect of saturation (i.e. non negligible concentration). Such an effect may be relevant near the trap. For a given interaction model (we use Lennard-Jones potential) one has to specify the depth of the potential well, and the thickness $\delta$. Then the model is able to describe the system without resolving the small scale $\delta$.

Detailed numerical solutions of the multiscale model are obtained by discretizing the equations on a regular Cartesian grid by a ghost-point level-set method. The resulting large sparse linear system is efficiently solved by a multigrid technique.

The model is validated by comparison with accurate solutions of the drift-diffusion equation in one and two space dimensions. It is observed that as $\delta$ decreases, the discrepancy between the fully resolved model and the reduced multiscale one is approximately proportional to $\delta$.

An efficient method is proposed for the numerical solution of the Stokes equations in a domain with a moving bubble and two techniques for the treatment of the boundary conditions are adopted and then compared.

His main research interests cover numerical methods for PDE’s, with particular attention to hyperbolic and kinetic problems, multi-scale methods, and various problems related to computational fluid dynamics. His current interest includes asymptotic preserving schemes, ghost fluid methods, and multi-scale modeling of sorption kinetics. He has more than one hundred scientific publications in international journals on various topics in applied and computational mathematics and some books. He has been the coordinator of various PhD programs in mathematical subjects for more than 16 years, has been responsible for various national and international research projects, and has been visiting professor of several international institutions. He is currently visiting professor at KAUST until December 2022.