Dr. Hesham ElSawy Elevated to Senior Member of IEEE and Recognized as an Exemplary Reviewer by the IEEE Transactions on Communications

Dr. Hesham ElSawy has been elevated to the rank of Senior Member of IEEE, the world's largest technical professional organization for the advancement of technology. The achievement is considered a significant honor since it is granted only to researchers who have shown a significance and continuous performance over a period of five years in professional practice. At present, only an 8% of 400,000 IEEE members have received this honor because of their superior professional achievements.

Dr. ElSawy joined the Computer, Electrical, and Mathematical Sciences and Engineering (CEMSE) Division, of the King Abdullah University of Science and Technology (KAUST), as a postdoctoral fellow in April 2014. Prior to that, he completed the student academic career in electrical engineering by getting his B.Sc. Degree from Assiut University, Egypt, in 2006, the M.Sc. degree from Arab Academy for Science and Technology, Cairo, Egypt, in 2009, and a Ph.D. from the University of Manitoba, Winnipeg, Canada, in 2014.

Between 2006 and 2010, he collaborated with the National Telecommunication Institute, Egypt, where he received professional training both at the national and international level, and conducted a research project on network planning. In 2010 he moved to TRTech, Winnipeg, MB, Canada, where he worked as a Student Researcher until 2014.

For his academic excellence, he has received several academic awards, including the NSERC Industrial Postgraduate Scholarship, and the TRTech Graduate Students Fellowship. He also won the Best Paper Award at the IEEE ICC 2015 Workshop on Small Cells and 5G Networks, in London, UK.

At present, he is working at the Communication Theory Lab, directed by Professor Mohamed-Slim Alouini, on statistical modeling of wireless networks, stochastic geometry, and queuing analysis for wireless communication networks. 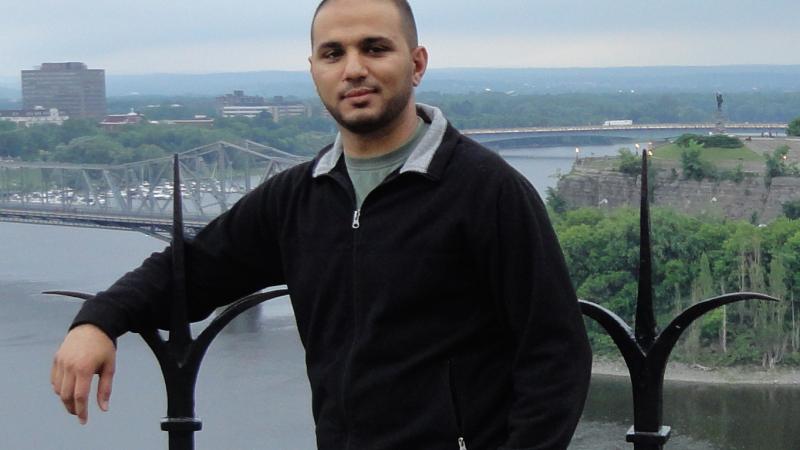