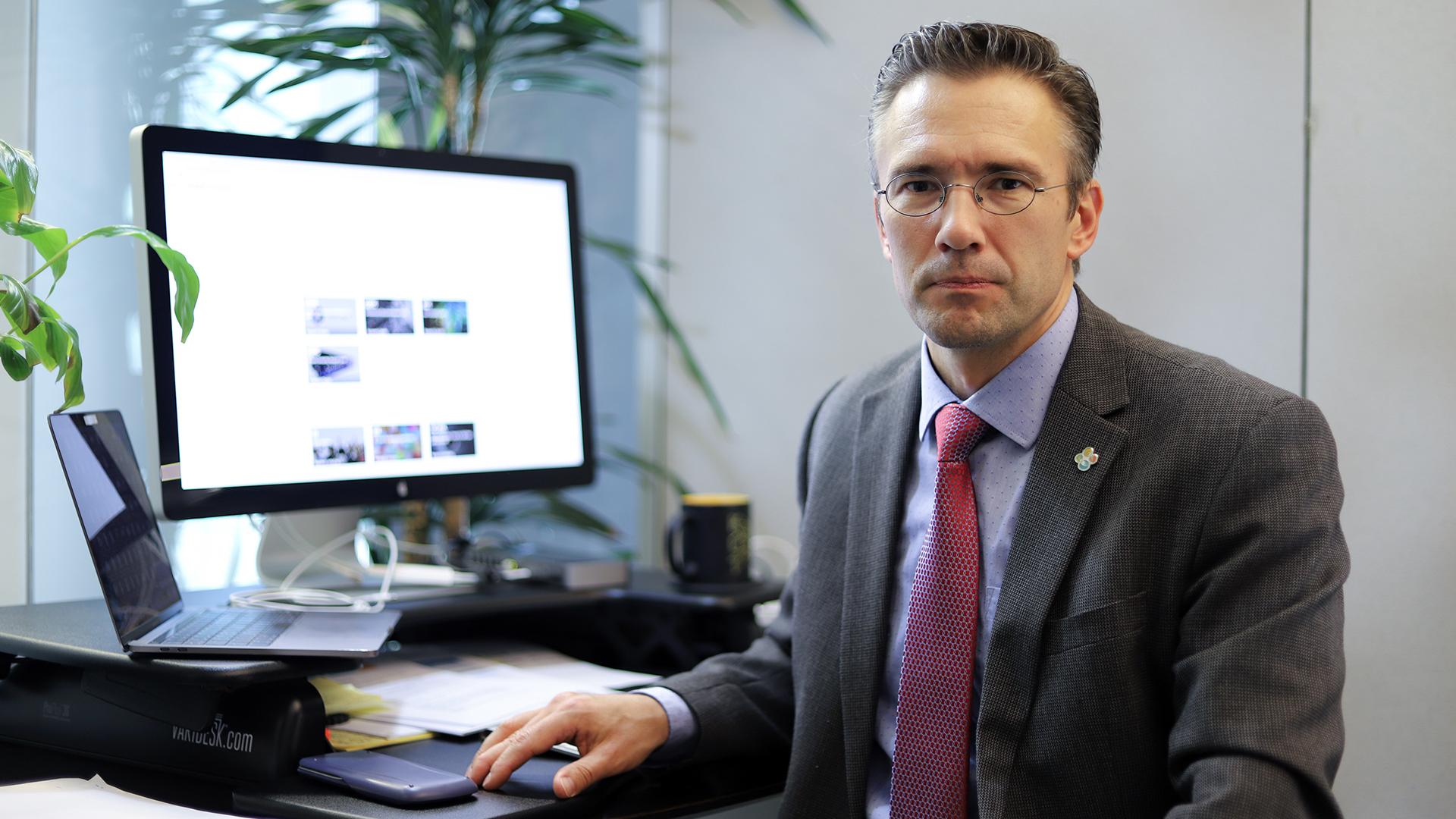 Dr. Ekers obtained his MS and PhD in physics from the University of Latvia in 1994 and 1999, respectively. During the PhD studies, he spent periods of time performing experiments at Lund University (Sweden), Warsaw University (Poland), and Kaiserslautern University (Germany), the latter as a DAAD research scholarship holder. After a successful proposal to EU Framework Programme, he returned to Kaiserslautern University as a Marie Curie Fellowship holder (1999-2002). After the Fellowship, he continued in Kaiserslautern as a research associate. In 2005, he moved to Riga to assume a Lecturer position at the Faculty of Physics and Mathematics of the University of Latvia, where he was promoted to Docent in 2009. He was a co-founder of the Laser Centre at the University of Latvia in 2005 and the PI of the Molecular Beam Laboratory during 2005-2009. From 2005 till 2009 he was also leading the EU FP6 Transfer of Knowledge project LAMOL, which at the time was the largest EU funded research grant in Latvia won by a single PI. In 2009, he assumed a Science Officer position at the European Science Foundation (ESF), France, with responsibilities covering the coordination of large-scale European collaborative research networks and strategic foresight. During 2012-2014 he resumed leading the Molecular Beam Laboratory at the University of Latvia as part of the EU FP7 Centre of Excellence FOTONIKA-LV while keeping a part-time affiliation with the European Science Foundation in Strasbourg. From 2012 till 2014 he served as the director of the Institute of Atomic Physics and Spectroscopy of the University of Latvia. In March 2014 he joined KAUST, where he works as the Assistant Dean of CEMSE Division.

While currently working in administration, Dr. Ekers has maintained interest in various topics such as atomic, molecular and optical physics, laser spectroscopy, coherent manipulation of atoms and molecules by laser light, atomic and molecular collision processes in their broad variety from excited state changing collisions to charged particle formation.

I joined KAUST in 2014, at a time when it was still a project in an early stage. The vision of the founder of KAUST, the late King Abdullah, about building the university as a “House of Wisdom”, was truly inspirational and it continues to be so today, as KAUST is approaching maturity. The Kingdom has formulated ambitious goals in its Vision 2030, and science and education are quite foundational for the success of this effort. All of us here, each from our different roles, are contributing to it.

KAUST is an amazing and in many respects a unique place. It is literally an oasis at the coast of the Red Sea, which itself is a unique ecosystem. It is truly international, with over 100 nationalities working, studying, and living alongside each other; at the time when most of the world sees the raise of populism and new borders, here, the distinction between nations melts. And most importantly, KAUST offers outstanding conditions and superb facilities for seasoned scientists to pursue ambitious research projects and for students to focus on their studies under supervision of excellent professors. Those conditions do not come gratis, it requires hard work of many people to make and keep KAUST what it is, but it is really gratifying to see the success and achievements of the university and its students.