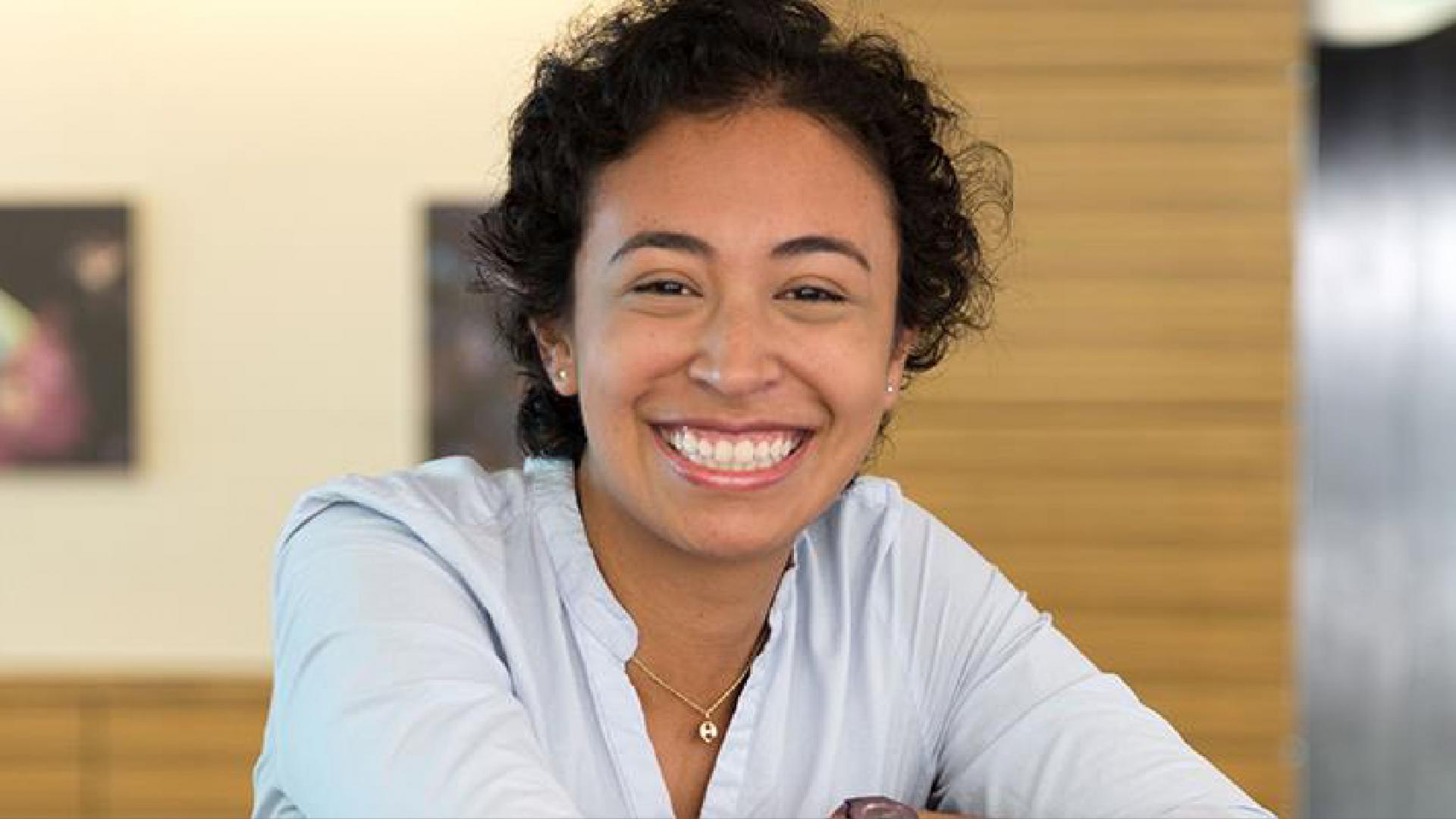 I feel that studying at KAUST was one of the best experiences of my life because everything was totally different than I expected.

Cindy Catherine Orozco Bohorquez, a native of Colombia, earned her M.S. degree at KAUST in 2014, and is now in the second year of her Ph.D. at Stanford University. There, she focuses on computational and mathematical engineering.

While attending Universidad de Los Andes in Colombia for her undergraduate studies, Orozco Bohorquez started with civil engineering, but she then developed a keen interest in mathematics. After earning bachelor's degrees in both disciplines, she looked for an opportunity to combine both passions for her master's degree. She chose to come to KAUST, where she could study applied mathematics and work in mathematical applications for civil engineering.

“I feel that studying at KAUST was one of the best experiences of my life because everything was totally different than I expected," she said. “At KAUST, I met people from all over the world.”

One of the main advantages of being at KAUST, Cindy noted, is the small "science-town" atmosphere, where it’s possible to interact and collaborate with people from many different scientific disciplines, like electrical engineering, biology and others. This unique environment allows for valuable cross-disciplinary growth.

“It's amazing—it's not only about working collaboratively, but also about developing bonds and friendships. For example, one of my closest friends from KAUST recently visited me in Colombia. This is something that I never thought about four years ago,” she said.

Settling into the heart of Silicon Valley

After completing her KAUST master's degree, Orozco Bohorquez looked for an opportunity to explore mathematical applications for a broader range of areas and disciplines. Her program at Stanford focuses on the more general methods that can be applied not only to engineering and physics but also medicine, biology and finance.

“Silicon Valley is an amazing place where you can see where technological developments are headed 20 years from now,” she said.

In Silicon Valley, innovators can come up with an idea and immediately find avenues to commercialize it. However, Orozco Bohorquez is not interested in joining the Valley’s startup scene—her heart is in the application of mathematics in a variety of fields, and she hopes to pursue those aspirations in an academic career.

“I’m more a fan of teaching and being able to explain concepts to people who are not familiar with mathematics, such as how useful these can be and how people can approach their product development efforts with mathematics,” she said.

She believes that being a professor in academia isn’t just about spending time in the classroom or doing research—it should also involve actively collaborating with industry.

“I learn a lot by working with companies,” she said. “It's not just about making products or working behind a desk—you can continue to do research that has an impact on industry.”

“When I arrived at Stanford, nearly everyone knew about KAUST and many people had friends connected with the University. Everyone asked me about KAUST,” Orozco Bohorquez said. As an enthusiastic KAUST ambassador and alumna, she told them, “The research community there is amazing. All the professors there have connections all over the world."

“Being at KAUST is not only about being in Saudi Arabia, a different country than you are used to, but it's about the professors and the environment. For example, in applied math, the ratio between professors and students is basically one to one. Most of my courses were with three students and one professor, so the interaction you have with your professor is amazing. Since it was a small community, I could interact in a more friendly way than even in Stanford,” she noted.

A student’s journey from KAUST to Stanford