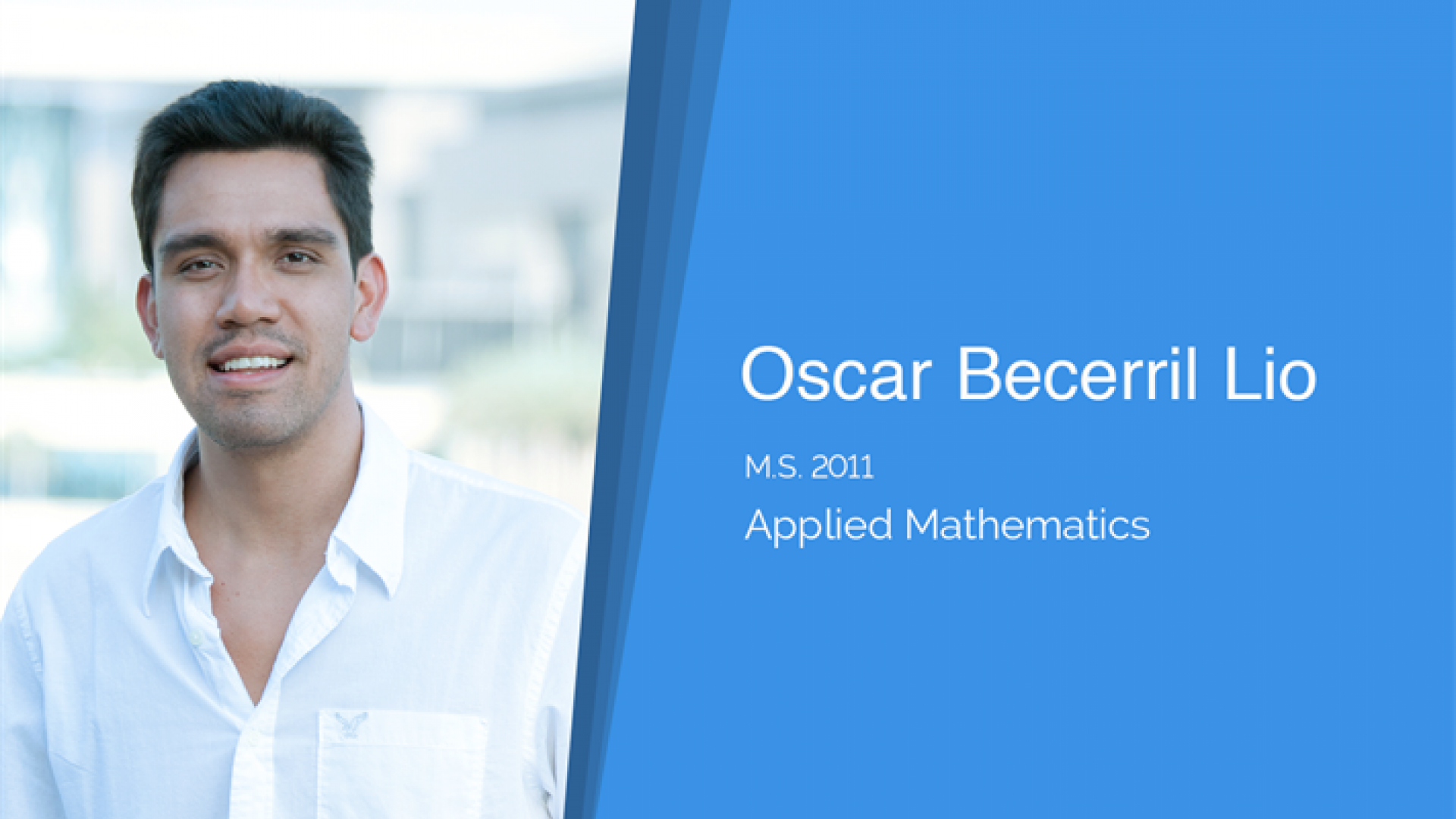 My advice to new and current students is to always learn from those around you and to talk to your professors, your fellow students and to the greater KAUST community. You should also make friends and take advantage of the Kingdom's location and travel.

Oscar Becerril Lio graduated from KAUST in 2011 with a master's degree in applied mathematics specializing in operations research. After he left KAUST, Becerril Lio returned to his native Mexico and is currently based in the city of León, where he works as an operations manager in a construction and general contracting company. He lists his professional interests as industrial engineering, construction, operations research, optimization and logistics.

"I participated in the VentureLab program, which helped me to develop my interest in entrepreneurship.
I also spent a summer term at the Pohang University of Science and Technology in Pohang, South Korea,
in the computer science and engineering department developing a software for the optimization of
computational geometry problems. I am sure these great opportunities afforded to students at KAUST help us to achieve our career objectives," he said.

His advice to new and current students is to always learn from those around them and to talk to their professors, their fellow students and to the greater KAUST community. They should also make many friends and take advantage of the Kingdom's location and travel.

"At the Campus Diner—you look around and you are looking at 50 or more nationalities. The University is a place where students around the world meet, and this gave me the opportunity to learn from people with different opinions and different ways of thinking," he said.