Only three kilometers separate Thuwal, a small fishing village on the Red Sea coast, from KAUST, an internationally-renowned university for graduate studies in science and technology. It took Mohammed Khalid Aljahdali ten years to cross this road and make his childhood dream come true. This is his story and how his story made history.

Mohammed grew up in Rabigh. He remembers growing up in a lively neighborhood, where he played football and hung out with his friends. At school, Mohammed was a brilliant student. He was nominated for the Saudi talented student program and was proclaimed the top student in the Rabigh region. He drew inspiration from his father, whom he always admired.

“I come from a family where none of the people around me continued their education beyond high school, and others didn’t even complete high school. However, my father got a degree from King Abdulaziz University in computer engineering; he worked hard and provided us with a good life. I am really proud of him, and I am inspired by him as well. Naturally, this led me to want to become a computer engineer like him. I was also interested in technology as a kid; I used to use my dad's personal computer when I was young and then got my first computer when I was ten years old; at that time, they were very rare in our community.”

When the time came to choose a university, Mohammed didn’t have any doubts. After finishing his preparatory year with the highest grades at King Fahd University of Petroleum and Minerals (KFUMP), he joined the Faculty of Computing and Information Technology at King Abdulaziz University (KAU) in Rabigh and graduated with first honours in computer science.

Although his everyday life and most of his activities, were related to Rabigh, one other place has always had a special place in his heart – Thuwal. Thuwal is where his father is from, where his grandmother and most of his family live, where the family would all get together during holidays and Eids when his grandma’s house would become crowded with children and adults. It was in Thuwal where Mohammed spent some of the most memorable moments, those that we treasure throughout our lives, and that cheer us up when we are far away from home. He smiles when he remembers the feeling of freedom and carefreeness while playing with his cousins in the backyard, going to the beach and the family farm.

Mohammed was almost a teenager when the construction of KAUST began. He remembers vividly the reaction of the local people at that time:

“It was excitement and happiness because Thuwal was a small fishing village; it wasn’t developed at all. And a big project like this was hope and opportunity for Thuwal; I would also say there was a factor of fear of change.”

Indeed, Thuwal has transformed since those times. New roads have been built, the entire market area has been restored, and new government facilities and schools have been opened. Finally, the new corniche has been constructed and become a local attraction. So much so that on weekends you can hardly find a spot to spread a blanket and unwind.

All these changes had greatly impacted a young boy who would often daydream about his academic future. The curiosity to experience life inside the walls of KAUST never abandoned him during his high school years and undergraduate studies. The year before he received his B.Sc. degree, Mohammed was introduced to scientific research. At this time, he realized he wanted to pursue that path, which led him to apply for a M.S./Ph.D. program at KAUST.

It has been almost a year since Mohammed arrived at KAUST. He finds it amusing how people react with surprise and joy when they hear where he came from. For Mohammed living in KAUST and being part of a community with more than 120 nationalities is an enriching experience. Not only has he learned about other cultures, he also became more aware of his own culture and how rich it is.

“I lived my entire life in small towns, so I come from a different background than most people [here]. Even among Saudis, we have amazingly different cultures and backgrounds. […] this was the thing that amazed me the most - I expected my culture to be different from people outside of Saudi, obviously. Still, I didn’t expect this difference of culture even between other Saudis and me.” 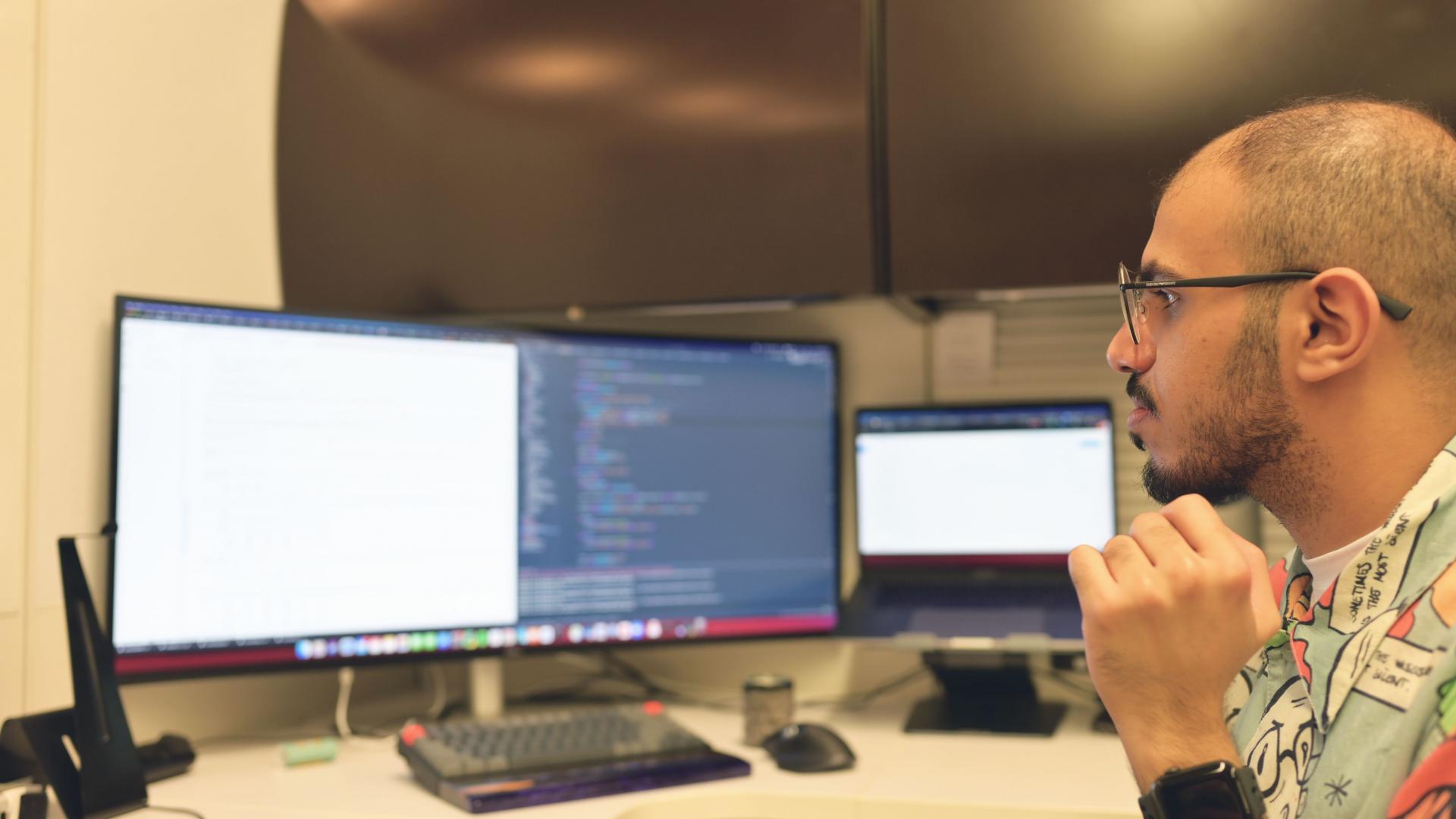 Mohammed is specializing in artificial intelligence and is particularly interested in solving problems in deep learning.

At KAUST, Mohammed is studying computer science in the group of Prof. Marco Canini and is currently specializing in artificial intelligence. He is particularly interested in solving fundamental problems in deep learning, which, according to Mohammed, “fuels the amazing AI breakthrough[s] we see recently.”

Although he spends most of the time in the lab, Mohammed always finds some spare time for his favourite sport – basketball. He oversees a student basketball team and organizes games every week.

Has Mohammed’s childhood perception of KAUST changed now that he is a student at the University?

“When I was a kid KAUST was an amazing but mysterious place that brought a lot of positive change to Thuwal. Now KAUST is the place where we can make a change, drive humanity forward, and become a beacon of hope. It is the place that will help the Kingdom achieve its great vision. And most importantly, I can’t yet believe that this place exists just ten minutes away from us in Thuwal!”

While he is talking, there is a sparkle in his eye, and we can see the boy from Thuwal whose dreams never abandoned him.

“I plan to finish my M.S. degree then Ph.D. and produce research that moves science forward and helps humanity. I also want to work as a postdoctoral researcher at one of the top universities in the world. A big dream of mine is to one day become a researcher here at KAUST.”

We say go for it, Mohammed!

The article was originally published in The Makkah Newspaper in Arabic. 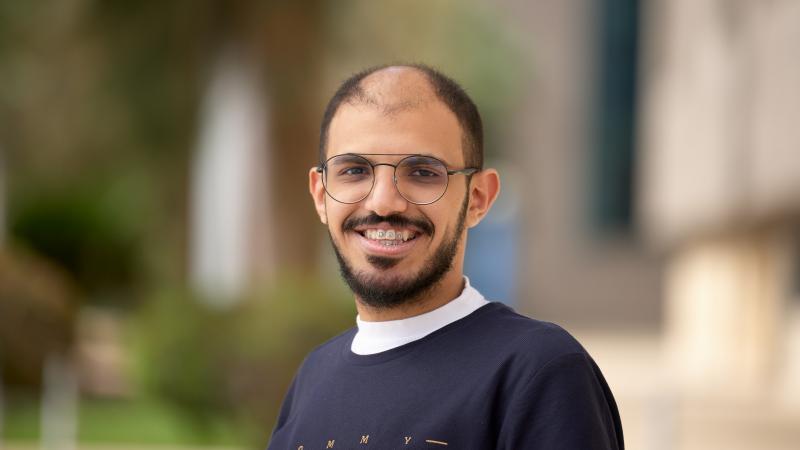