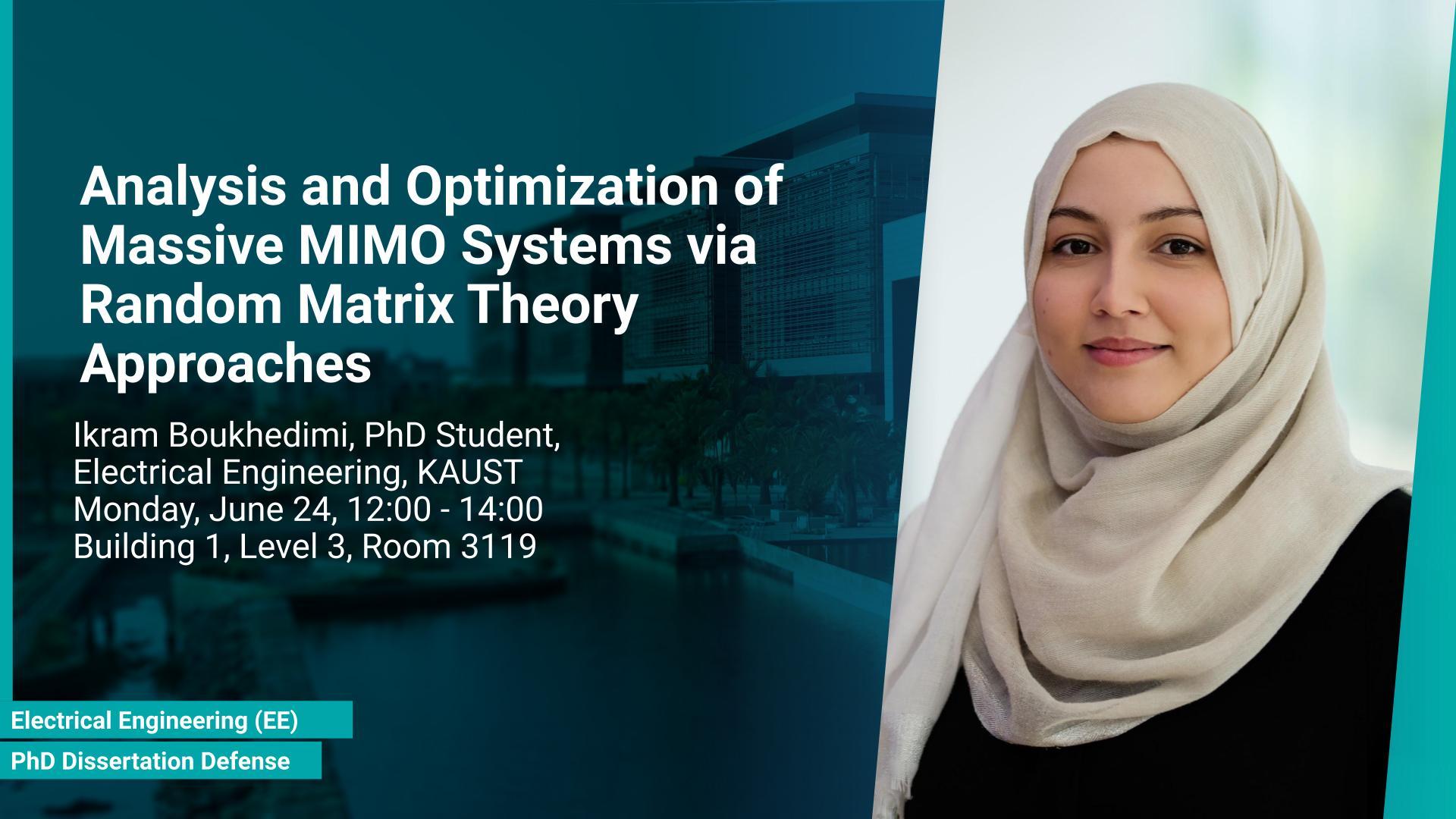 Massive multiple-input multiple-output (MIMO) is a key enabling technology to achieve the required spectral and energy efficiency of the next generation of wireless networks. By endowing the base station (BS) with hundreds of antennas and relying on spatial multiplexing, massive MIMO allows impressive advantages in many fronts. To reduce this promising technology to reality, thorough performance analysis has to be conducted. Along this line, this work is focused on the convenient high-dimensionality of massive MIMO’s corresponding model. Indeed, the large number of antennas allows us to harness asymptotic results from Random Matrix Theory to provide accurate approximations of the main performance metrics. The derivations yield simple closed-form expressions that can be easily interpreted and manipulated in contrast to their alternative random equivalents. Accordingly, in this dissertation, we investigate massive MIMO in different contexts.

First, we explore the efficiency of massive MIMO in large-scale multi-tier heterogeneous networks that aim at network densification. This latter is epitomized by the joint implementation of massive MIMO and small cells to reap all their benefits. Our interest is on the design of coordinated beamforming techniques that allow to mitigate cross-tier interference in such systems. Particularly, we consider the case in which the coordinating BSs have imperfect knowledge of the channel state information. Under this setting, we propose a regularized SLNR based precoding design in which the regularization factor is used to allow better resilience with respect to the channel estimation errors.

Second, we move to investigating massive MIMO under Line-of-Sight (LoS) propagation conditions. To this end, we carry out a theoretical analysis of the uplink (UL) of a massive MIMO system with per-user channel correlation and Rician fading, using two processing approaches. On the one hand, we examine the linear-minimum-mean-square-error receiver under training-based imperfect channel estimates. In addition, we determine the optimal number of symbols to use in training, which is shown to be of significant interest at low Rician factors. On the other hand, we propose a statistical combining technique that is more suitable in environments with strong LoS components. The study and numerical results substantiate that stronger LoS signals lead to better performance, and under such conditions, the statistical combining entails higher spectral efficiency (SE) gains than the conventional receiver.

Finally, we study the interplay between LoS components and the fundamental limitation of massive MIMO systems, namely, pilot contamination. Accordingly, we consider the UL of a multi-cell massive MIMO system with Rician fading channels, wherein each link is assigned distinct per-user Rician factors and channel correlation matrices, and takes into account pilot contamination. The objective is to evaluate the performance of such systems with different single-cell and multi-cell detection methods. In the former, we investigate MRC and single-cell MMSE (S-MMSE); as to the latter, we are interested in multi-cell MMSE (M-MMSE) that was recently shown to provide unbounded SEs in Rayleigh fading. For the single-cell schemes, MRC and S-MMSE are shown to produce higher gains as the LoS signals became stronger, yet remain limited by LoS induced interference and pilot contamination. In contrast, for multi-cell combining, we analytically demonstrate that M-MMSE outperforms any single-cell combining technique. In fact, it provides unlimited capacity that scales linearly with the number of antennas, and is further enhanced in the presence of LoS.

Ikram Boukhedimi was born in Blida, Algeria. She received the Electrical Engineering degree from the  Ecole Polytechnique d'Alger, Algeria, in 2013 and an M.S. in Mathematics, Control and Electrical Engineering from Universite de Poitiers, France in 2014. Currently, she is working towards the Ph.D. in Electrical Engineering at King Abdullah University of Science and Technology, Saudi Arabia. Her research interests include random matrix theory approaches applied to wireless communication systems. 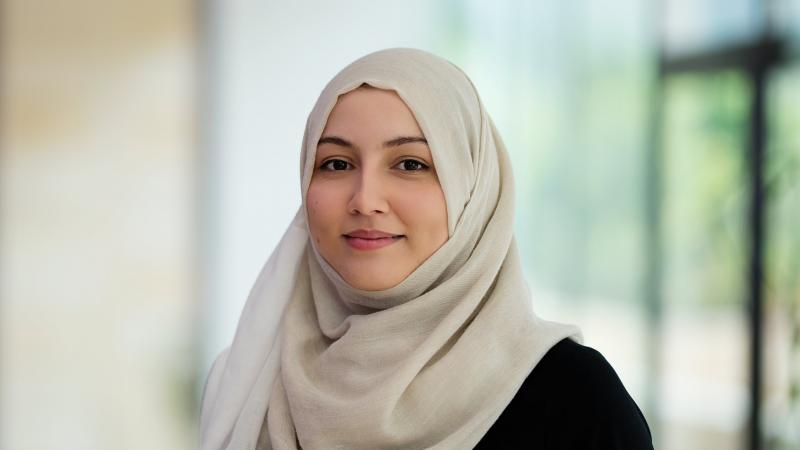