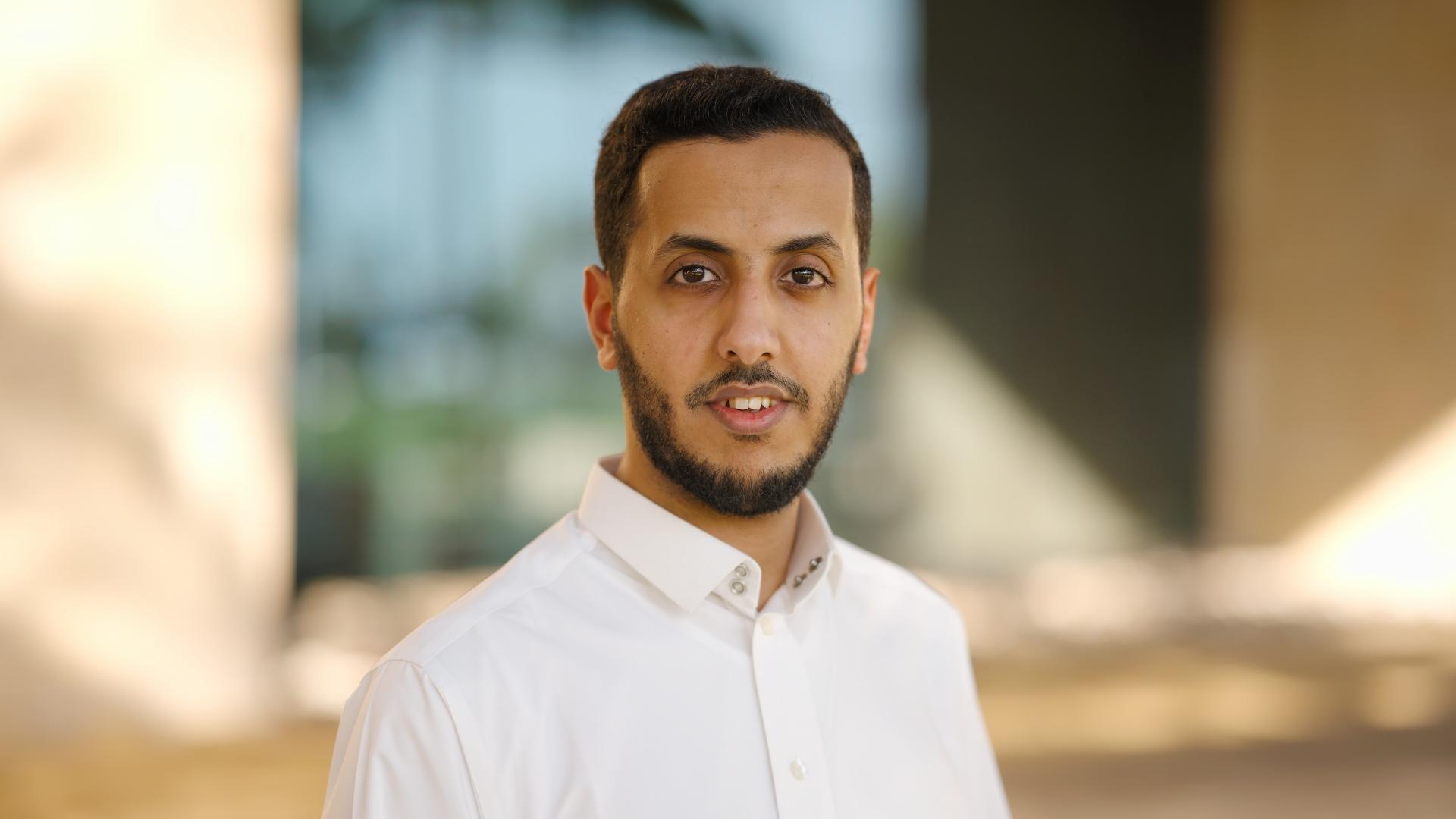 KAUST invests in its people and aims to be the most impactable to the whole humanity.
Communication Engineering is the key technology for the future to the world, in particular in Saudi Arabia, alongside the Saudi Vision 2030

Fahad Alqurashi is a master’s student under the supervision of Professor Mohamed-Slim Alouini at King Abdullah University of Science andTechnology (KAUST).

After high school, Fahad worked in Saudi Aramco company, from 2009-2013, and this is where he discovered his passion for engineering. In 2013, he enrolled as a student in Electrical Engineering at Umm Al-Qura University. During his studies, he helped to re-open and establish an IEEE branch in the faculty of Electrical Engineering and he was chosen as a leader for the Engineering faculty student council. Between 2016 and 2017, he was chosen to be a presenter in many events such as the Prince Khalid Al Faisal council, the second students’ meeting with the minister of education, and the 3rd National Grid SA forum.
During his bachelor’s journey, he was involved in many projects related to his field of studies. One of which was developing a system with Raspberry pi to control a car by using a mobile or website. He also actively contributed toward research projects related to health care systems. Additionally, for academic purposes, he made a project using Raspberry pi and SDR with software called GNU Radio to illustrate the fundamentals of communication theory and to visualize some modulation techniques.
Before joining KAUST in 2019, Fahad did internships with Saudi Electricity Company (SEC), Wadi Makkah, and Galaxy Enterprise. Most recently, Fahad completed an internship through KAUST with SaNoor company. and at KAUST with SaNoor company, where he gained knowledge of VLC and FSO applications.

Alongside the Saudi Vision 2030, Fahad’s interest lies in supporting the future of 5G and 6G. Because of this, he focuses on wireless communication systems, especially in free space optical communication (FSO).

Fahad received a certificate in leadership from Leadership Management International (LMI), INC. Waco, Texas in 2016. He was also chosen as one of the most influential “Qudwa” in the Umm Al-Qura Engineering Faculty.