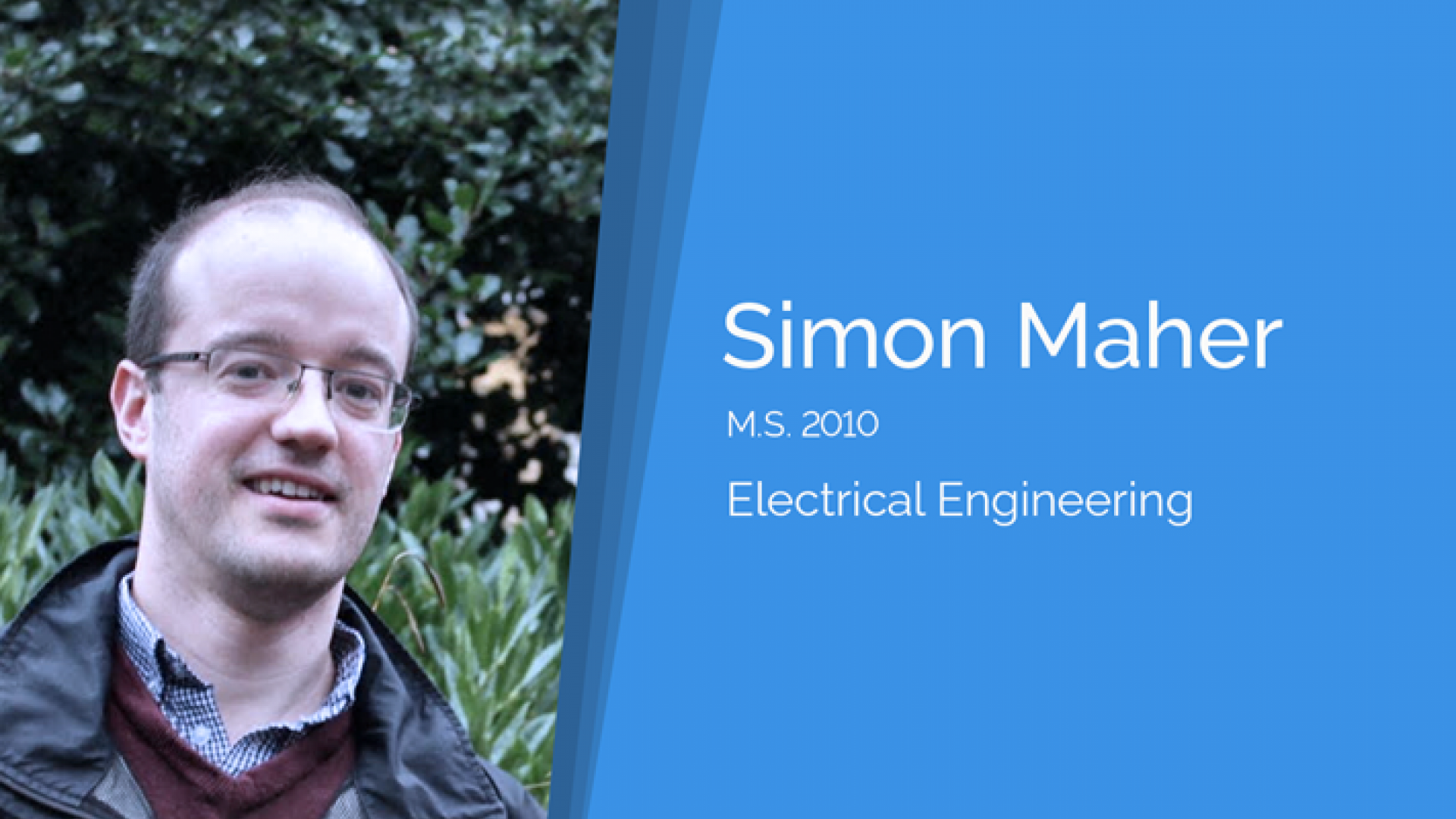 Simon Maher is currently an assistant professor of sensors and analytical instrumentation in the Department of Electrical Engineering & Electronics at the University of Liverpool, U.K. Maher graduated from KAUST in 2010 with a master’s degree in electrical engineering.

After KAUST, he went on to complete his Ph.D. from the University of Liverpool in 2013. Maher has held positions at the University of Oxford, AMOLF, Ohio State University and Tata Steel. He was a co-founder and director of the U.K. charity Caring Alone, receiving a Community Impact Award from the Prince of Wales for services to young caregivers.

Academically speaking, Maher misses the wide range of research facilities available at KAUST and being part of a graduate school environment where everyone is focused on research.

“I have fond memories of time spent with friends and family in the diner, at the beach and fun times bartering in Al-Balad. I remember one time we were flown out to an Aramco plant in the Empty Quarter which was really interesting. I also miss playing football late in the evenings and into the early morning hours and trying to find time to watch Liverpool F.C. between classes on Saturdays and Sundays,” he said.

His advice to those currently studying at KAUST is similar to the advice he now gives to his own students: “Some people say, ‘Don’t work harder, work smarter,’ but I say, ‘Work harder and smarter.’”