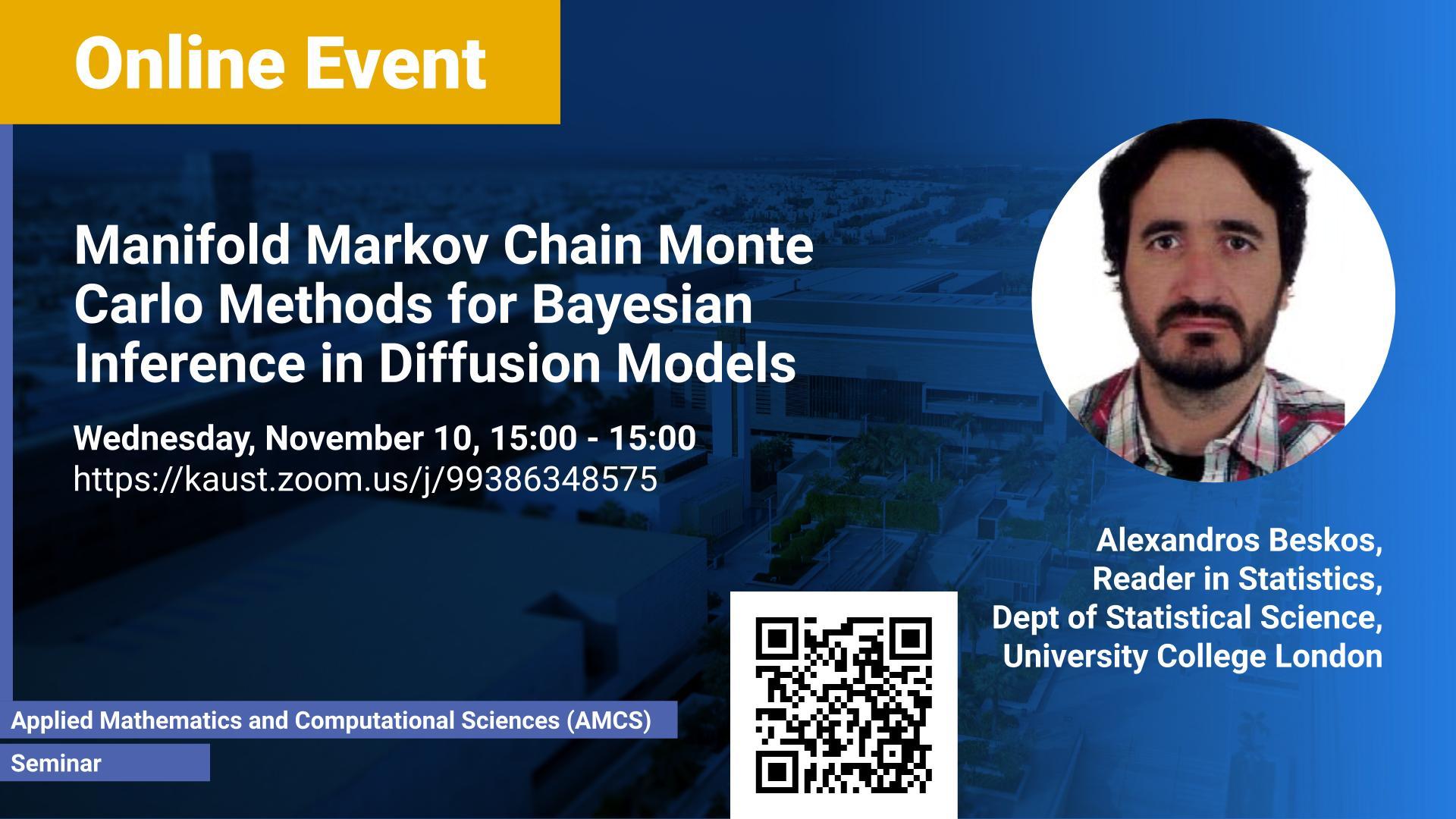 Bayesian inference for nonlinear diffusions, observed at discrete times,is a challenging task that has prompted the development of a number of algorithms, mainly within the computational statistics community. We propose a new direction, and accompanying methodology - borrowing ideas from statistical physics and computational chemistry - for inferring the posterior distribution of latent diffusion paths and model parameters, given observations of the process. Joint configurations of the underlying process noise and of parameters, mapping onto diffusion paths consistent with observations, form an implicitly defined manifold. Then, by making use of a constrained Hamiltonian Monte Carlo algorithm on the embedded manifold, we are able to perform computationally efficient inference for a class of discretely observed diffusion models. Critically, in contrast with other approaches proposed in the literature, our methodology is highly automated, requiring minimal user intervention and applying alike in a range of settings, including: elliptic or hypo-elliptic systems; observations with or without noise; linear or non-linear observation operators. Exploiting Markovianity, we propose a variant of the method with complexity that scales linearly in the resolution of path discretisation and the number of observation times. Example Python code is given at git.io/m-mcmc.

Dr Beskos has been a Research Fellow at the Alan Turing Institute in London since 2017. He was a Visiting Researcher at the Signal Processing Group, Engineering Dept, University of Cambridge, during 2014-15. He was a Visiting Associate Professor at Yale-NUS College, Singapore, during a period of Sabbatical in 2020-21.

Alexandros received the Leverhulme Trust Prize in 2014, one of five awarded in the UK, in the general theme of Mathematics and Statistics. He has been funded by two EPSRC grants (one as PI, one as a co-I), and has been a co-I in a Grant awarded by the Alan Turing Institute.