Nazek El-Atab, a research scientist based in the KAUST MMH Labs, was recently named amongst the MIT Technology Review Arabia’s "MENA Innovators Under 35 (IU35)" for 2020. Together with nine other trailblazers, El-Atab was acknowledged by a leading panel of academic and industry experts as being among the young innovators “who are advancing science and technology” in the MENA region.

Now in its fourth year, the IU35 MENA award honors the pioneering research of MENA innovators under the age of 35 as they advance their fields of science and technology to shape the world we live in. El-Atab was selected as an IU35 MENA winner for her work developing ultra-flexible, highly expandable, lightweight inorganic solar cells.

“I feel honored and humbled to have been acknowledged by MIT Technology Review Arabia as one of its top MENA innovators under the age of 35,” she noted.

“I am deeply thankful to my advisor, Professor Muhammad Mustafa Hussain, for nominating me and for his unlimited support. I would also like to acknowledge Professor Rabab Bahabry, assistant professor at the Department of Physics, University of Jeddah, who contributed to the development of the solar cells. This recognition inspires me to continue working on the corrugation approach and its wide-ranging deployment.”

Although the sun offers us a powerful daily energy source, the deployment of efficient solar cells has remained somewhat in the shade. Traditionally, flexible organic-based solar cells have demonstrated excellent commerciality and physical compliance but limited stability and efficiency.

Conversely, inorganic materials have shown superior efficiency and reliability but are brittle and thick in nature. Therefore, to make cells physically compliant, El-Atab and her fellow KAUST researchers have created grooves with various patterns within the solar cells. This has resulted in heightened cell flexibility, improved efficiency, and increased mechanical robustness.

“In the past — due to reduced efficiency, limited reliability, and the cost of the employed technologies — there’s been very limited functional demonstrations of stretchable solar cells,” she noted.

“We believe our corrugation technology is unique because it combines the best of both worlds. It enables transforming large-scale, rigid, back-contacted inorganic solar cells into ultra-flexible, stretchable versions with negligible degradation in original high efficiency. In turn, we’ve managed to maintain material thickness, and thus the mechanical robustness of the cell.”

El-Atab believes that the Kingdom’s natural abundance of sunshine could yet provide a reliable energy supply for the rest of the world. Numerous applications that require flexibility and stretchability — while maintaining reliability, mechanical robustness and a lightweight core — could benefit from Saudi Arabia recognizing its potential to become a global leader in solar energy harvesting technologies.

“For instance, corrugated solar cells can be attached to an umbrella to serve as an energy harvester capable of powering portable electronics while acting as a sun-protector at the same time. In Saudi Arabia, umbrellas and tents are widely used during the annual Hajj pilgrimage. Their solar versions are expected to achieve a broad societal and economic impact within the Kingdom.

“The technology can also be adopted to helmets and watches for both civilian and defense applications. In fact, we have already demonstrated the wrapping of a corrugated solar cell into a spherical architecture for harvesting sunlight three-dimensionally. This produced a 100% increase in power output compared to a traditional flat cell with the same projection area.”

During her four years at KAUST, the Lebanese researcher has worked on several high-impact research projects to design and fabricate futuristic electronics. The recently elevated IEEE Senior Member has also received several other notable awards for her research, including the L’Oréal-UNESCO 2015 For Women in Science Middle East Fellowship and the L’Oréal-UNESCO 2017 International Rising Talents Award; she was also featured in UNESCO’s 2019 “Remarkable Women in Technology” Exhibition. 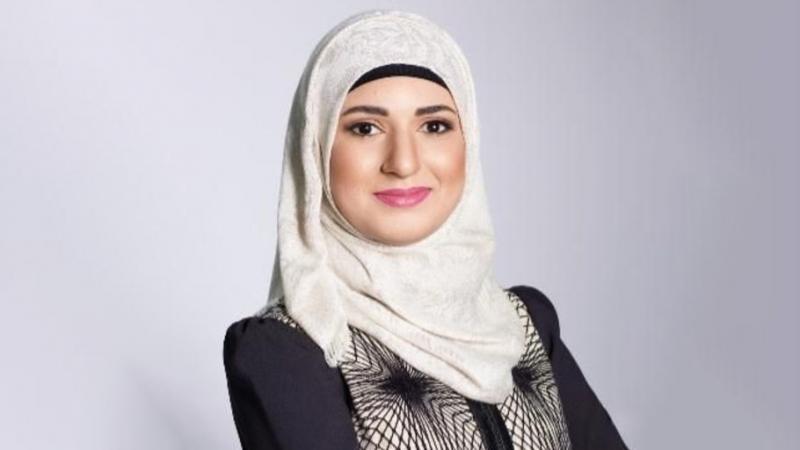