A submicrometer-thin mesh of silver nanowires—that is transparent to light, highly electrically conductive, flexible and stretchable, and simple to make—has been developed by researchers at KAUST. The material could find use in flexible electronic displays, sensors, solar cells or even incubators for newborn babies.

“The idea came to me when I was in the hospital with my son, who was in an incubator,” recalls Atif Shamim. “I worried about the exposure of the babies to all the electromagnetic radiation in the room,” he says. While opaque metals are well known for their electrical conductivity, serving as blocks to electromagnetic radiation, they are generally not transparent or stretchable. “We didn’t want to protect the incubators against the radiation by using metal because then we wouldn’t be able to see the infants,” he explains.

There are printed films of metal nanowires in which the conductive metal nanowires are so thin that light can pass between them. However, it has been challenging to directly create nanowire sheets that simultaneously have high conductivity, high transparency, flexibility and stretchability. “Now, we have found a solution to this problem,” explains Weiwei Li, a postdoctoral researcher in Shamim’s team.

First, the team refined the method for making silver nanowires, adapting the previous protocol to make larger quantities of longer nanowires. The nanowires could be used directly in a new ink formulation that resulted in a uniform layer of silver when applied by screen printing onto a flexible substrate.

Thanks to the length of the nanowires, the team could achieve high conductivity with a relatively sparse covering of nanowires, that in turn improved optical transparency. In a final manufacturing step, the team used laser sintering to weld together adjacent nanowires at points of contact: this improved electrical conductivity further while also reducing the thickness of the silver layer and letting even more light pass through. The material maintained its electrical performance even after 1000 stretch-release cycles and 1000 bending cycles. 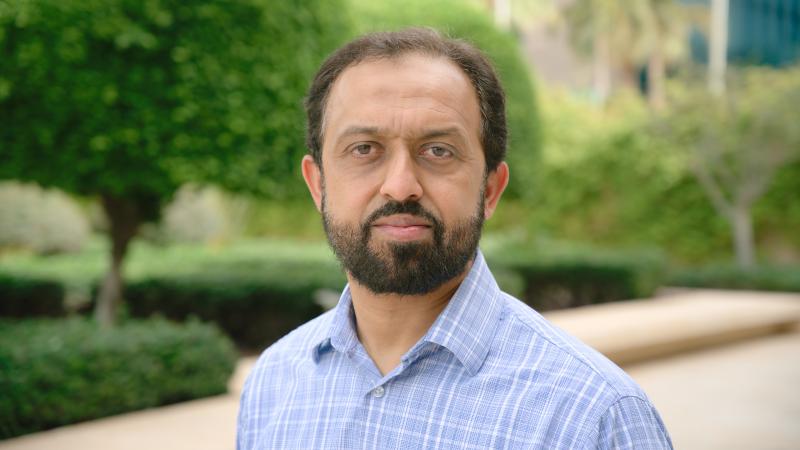