Daniele Boffi is a professor of numerical analysis who recently joined the KAUST Computer, Electrical and Mathematical Sciences and Engineering (CEMSE) Division. The distinguished professor, considered one of the world's leading experts on mixed finite elements and the approximation of eigenvalue problems arising from partial differential equations, joins KAUST having spent the past fourteen years working as a full professor in UniPV’s Department of Mathematics, Lombardy, Italy.

Boffi received his Ph.D. in mathematics from UnIPV, with a thesis on “Mixed finite elements for the Stokes problem,” in 1996. During his time in Italy, he held the position of Director of Pavia’s Higher Education School, served on several academic committees, and as a member of the university's Academic Senate and Evaluation Committee.

With a primary research interest concerning the numerical approximation of partial differential equations, Boffi’s ambition at KAUST is to broaden his interests while embracing the interdisciplinary nature found on campus. By strengthening his theoretical investigations, he will begin new projects aimed at addressing more complex applications such as physics, engineering, and biology. Boffi states that he is looking forward to beginning this unique experience in his life and career, in a place with the potential to give a “new impulse” to his research.

“At this stage, I feel excited and curious; I’ve just arrived, and the first days fully confirmed my expectations. Since its foundation, KAUST has been considered a unique place where one can carry out research in applied mathematics and scientific computing.

“While here, I hope to generate new ideas that will contribute to the advance of knowledge in numerical analysis and computer science. At the moment, I can see that the adjectives collaborative, dynamic, and innovative are in perfect agreement with the KAUST atmosphere. I am looking forward to starting a new experience in my life, where I can give a new impulse to my research, in a place with a unique and quite exceptional drive for science.

Boffi is particularly interested in mathematical modeling and the numerical approximation of fluid-structure interaction problems, which are the object of wide-ranging investigations in the global mathematical and engineering research communities.

“The finite element discretization of partial differential equations involves that the region of interest (domain) is partitioned into simpler geometrical objects (so-called mesh, typically made of triangles/quadrilaterals or tetrahedrons/hexahedra). When elastic solids are in a fluid, one of the most striking aspects related to the numerical approximation concerns the interactions between the solid and the fluid meshes and to the movement of the solid mesh.

“We derived this method from the so-called “Immersed Boundary Method” and then reinterpreted in terms of a Fictitious Domain approach, which involves a fluid and a solid mesh fixed on a defined reference configuration domain. Due to the simplified mesh design, the model is susceptible to sound mathematical analysis (stability of the steady-state solution and unconditional stability in time) confirmed by several tests on simple configurations. The method has great potential for applications to more complex and realistic applications ranging from physics, engineering, and biology.”

Boffi also believes that the finite element approximation of the eigenvalue problems is at the base of many other problems and that for this reason, he hopes to collaborate with KAUST colleagues working on different fields of study. “The numerical analysis of eigenvalue problems, while well understood and mature for standard approximations, poses several challenging questions for more advanced models and innovative techniques.’

“My research team will address these problems, and I am confident that we can continue to contribute to the progress of their mathematical understanding, while developing new algorithms for their simulation, and collaborate with other groups at KAUST for the study of applications of interest for a general interdisciplinary audience.”

Following the path of natural evolution

Boffi firmly believes that his main choices when it came to studying and research were based on the motto of “do what you like and what you know how to do.” In a world and scientific landscape that has transformed since he began his studies in the 1980s, he believes that his lifelong aphorism still rings true today for aspiring researchers.

“As scientists, our job affords us the privilege of working on what we like. This doesn’t mean that we have to work less, but that we can be more productive by being involved in a rewarding activity.

“Research nowadays is very specialized, and the pressure to publish more and quickly makes it more and more challenging to be interdisciplinary and also to interact with people within the same field. Aspiring researchers should keep in mind that little progress can be made by looking only at their small neighborhood, and that breakthrough results are obtained when they are able to change perspective.

“It is a common belief that no one is indifferent towards mathematics. Generally speaking, either you hate it or you love it. If you are lucky and belong to the latter category, it is pretty natural that mathematics will influence your life. In this sense, becoming a researcher in mathematics has been the natural evolution of all my education. 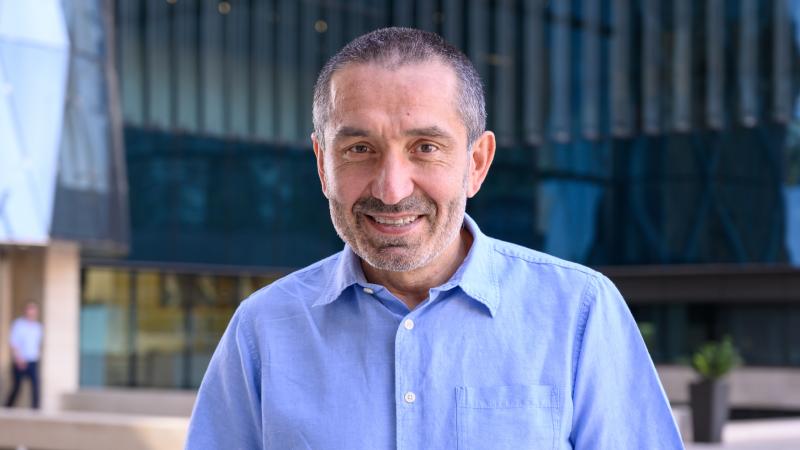