This year's topic for Abdul Hameed Shoman Foundation Arab Researchers Award in the Agriculture and Technology field is the Internet of Things (IoT) and its Applications. The award recognizes Professor Al-Naffouri's contributions to the field of technological and agricultural sciences.

Professor Al-Naffouri's research interests lie in the areas of sparse, adaptive and statistical signal processing and their applications to wireless communications and localization, and machine learning. His research also extends to the design and analysis of wireless networks.

IoT-Enabling Technologies: The future of innovation

The IoT is a rapidly growing technology that promises to significantly revolutionize how we live and work. The term "Internet of Things" describes a network of devices that are able to collect and exchange data with each other over the Internet.

"The IoT has brought a new era in many fields, including retail, medicine, agriculture, and the automotive industry." Professor Tareq said. "In fact, it is projected that by 2025, one trillion IoT devices will be deployed worldwide: the equivalent of 1000 devices per person. Major advancements in various IoT-enabling technologies are needed to reach such a scale, including sensing, localization, and communication." Professor Tareq emphasized.

Smart Farming: The future of agriculture

The use of deep learning in IoT applications can play a fundamental role in the agricultural industry by making it more efficient and effective. In terms of its applications in the agriculture field, Professor Al-Naffouri commented, "Drone technology with deep learning assistance can be used for seeding, spraying, and monitoring crops. It also offers the possibility of large-scale irrigation systems."

The global impact of the IoT in agriculture, according to Professor Al-Naffouri, is "far-reaching. Farmers use IoT devices to monitor crop health, soil moisture levels, and weather patterns. This data is then used to optimize irrigation systems, predict yields, and improve overall crop management."

Implications for Saudi Arabia and the Arab World

The implications of IoT in the agriculture industry in Saudi Arabia and the Arab world are many and varied. When asked about the IoT's potential impact on the Kingdom and the Arab world, Professor Al-Naffouri commented, "One of the most significant implications is the potential for increased efficiency in agriculture. IoT devices and sensors can help farmers more accurately monitor their crops, soil conditions and weather to optimize growth and yield. IoT in agriculture can also help reduce wastage and the need for pesticides and other chemicals. This could lead to more sustainable and environmentally friendly agriculture practices in the long term."

Another implication of IoT in the agriculture industry in Saudi Arabia and the Arab world, according to Professor Al-Nafouri, is "The potential for improved food security. The use of IoT devices and sensors can help to monitor food stocks and identify potential shortages. This information can then be used to direct resources to where they are needed most."

Finally, the use of IoT in the agriculture industry in Saudi Arabia can contribute to the Kingdom's vision 2030 to consolidate effective and flexible national food systems. By 2030, the Kingdom aims to create a sustainable agricultural sector that contributes to achieving food and water security, as well as economic, social and environmental development. 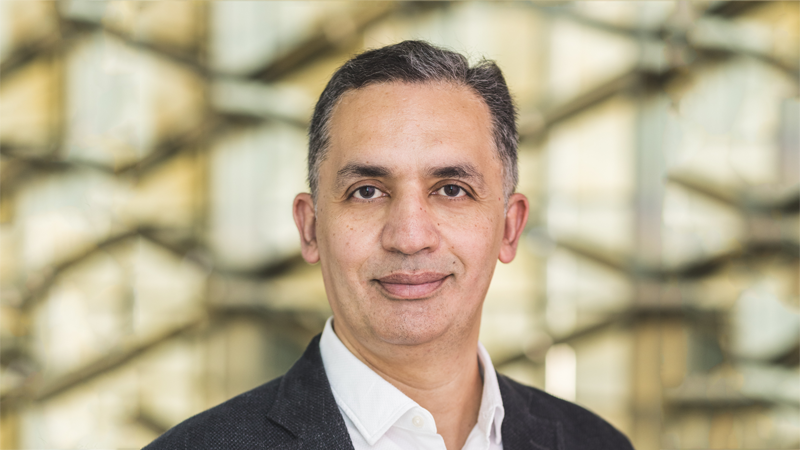