KAUST Professor of Applied Mathematics and Computational Science Athanasios (Thanos) Tzavaras has been elected Fellow of the European Academy of Sciences (EurASc). He was nominated for his contributions to the interface of nonlinear partial differential equations and applied mathematics in the physical sciences.

The EurASc is a non-profit, non-governmental, fully independent organization of distinguished scholars that reaches across national borders to identify and elect to membership “the best European scientists with a vision for Europe as a whole.”

As a member of the EurASc, Tzavaras will contribute to the organization’s aim of “strengthening European science and scientific cooperation and of utilizing the expertise of its members in advising other European bodies in the betterment of European research, technological application and social development.”

Professor Tzavaras felt honored to be elected as Fellow of the EurASc and is excited to work towards its goals. “Since I was a faculty member in the United States, I have kept in close contact with applied mathematical societies in Europe and have participated in joint programmes either via U.S. groups or projects through groups in my native Greece.”

“Due to their proximity, I believe academic institutions in Europe and Saudi Arabia can mutually benefit from furthering ties, and I am working toward strengthening such connections,” he added.

The equation for academic success

During his career, the principal investigator of the KAUST Applied Partial Differential Equations (AppliedPDE) research group has actively contributed to the theory of hyperbolic conservation laws. He has been interested in the emergence of continuum physics models from kinetic theory and particle models, and the analysis of phenomena that test the limits of continuum modeling.

The AppliedPDE group has recently worked on equations describing multicomponent fluids that find applications in computational methods for internal combustion engines. In addition, the group has worked on partial differential equations modeling electrically charged fluids that are used in modeling and computation of semiconductor devices and solar cells.

When asked about the contributions of his research group to KAUST’s mission and to Saudi Arabia as a whole, he replied: “Mathematical work is conceptual in nature and often transcends the usual disciplinary boundaries. The benefits of applied mathematics develop over long time scales but are eventually highly beneficial.

“For instance, KAUST’s research collaboration with the McLaren F1 team is based on solid aerodynamic codes, which have more than thirty years’ worth of research. Research that combines advancements in the theory of hyperbolic conservation laws, the development of efficient and robust numerical methods, and algorithmic developments to achieve the level of performance we see today.”

“Saudi Arabia possesses a wealth of untapped academic potential that can be realized through strengthening basic research capabilities, improving intellectual capacity, and developing engineering expertise. KAUST is in an enviable position to capture and train this talent, which will benefit Saudi society now and, in the future,” Tzavaras concluded. 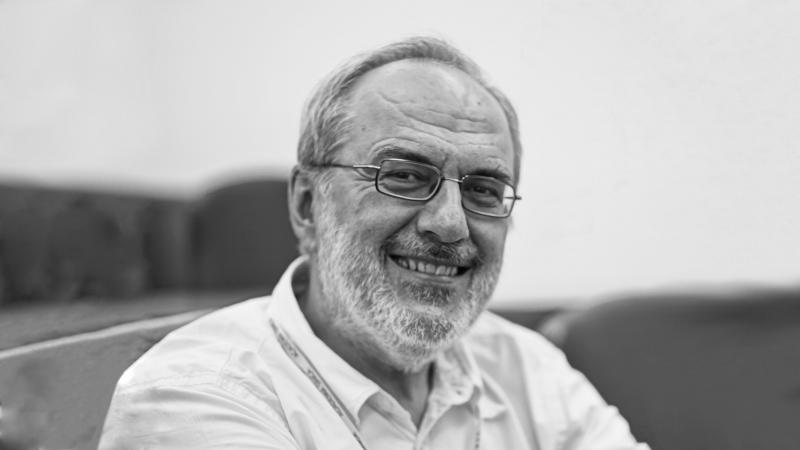