Currently, wind, solar, geothermal and bioenergy supply just 8 percent of the world's electricity. Is the green revolution effective or has failed before even starting?

At King Abdullah University of Science and Technology (KAUST), a team of researchers developed what might be the effective solution to the problem: the thinnest solar cells with lateral geometry offering high optoelectronic performances while reducing production costs of extended photovoltaic architecture. The research was recently published in Advanced Material and reported by Nature Middle East.

Professor Jr-Hau He from the Nano Energy Lab at the Computer, Electrical, Mathematical Sciences and Engineering (CEMSE) Division, together with Ph.D. Visiting Student Meng-Lin Tsai, devised a successful fabrication method for improving solar cells efficiency. The result is an extremely thin cell with performance and excellent omnidirectionality harvesting reaching up to 95% of efficiency maintained at high Angle of Incidence (AOI) up to 75Â°. The solar cell proved to have also an excellent power conversion efficiency of 2.56% under AM 1.5G illumination.

"With high omnidirectionality, expensive solar tracking systems will become obsolete in the future. Our method can also be implemented in self-powered nanoelectronics, ultrathin devices, and transparent devices such as flexible displays or open displays. By designing more sophisticated or interconnected circuits, it is possible to convert comparable or even more power density per unit mass than conventional solar cells," Professor He stressed.

Previous technology looked at the potentiality of 2D monolayer lateral semiconductor using p-n heterostructure but with severe limitations in the fabrication technique and system efficiency.  Typically, the growth methods of such structure result in vertical alloy structures at the interface, limiting the development of high-efficiency photovoltaic (PV) devices. Additionally, the large surface active area of 2D monolayer heterojunction acts as a double-sword. Although it allows full exposure of the heterojunction to light illumination, it is highly sensitive to the chemisorption from the environmental gases and thus lowering the stability and performance of the PV devices. In some cases, protective layers have been used, but they reduce the device efficiency even further.

"Vertical devices show the depth-dependent and incident angle-dependent optical absorption while the lateral devices in this work avoid these kinds of optical limit - Professor He stressed - For example, the efficiency of conventional solar cells is degraded significantly as the incident angle of sunlight increases. On the contrary, lateral junction design presented in this work shows almost incident angle-independent solar performance," said Meng-Lin Tsai.

Meng-Lin Tsai received the BS degree in 2008 from the National Tsing Hua University, Hsinchu, Taiwan. He worked as a research assistant and Ph.D. student in Academia Sinica on the topic of ultrahigh vacuum systems and single atom tips from July 2008 to October 2011. Then he joined Prof. Jr-Hau He's group and co-supervised under Prof. Lih-Juann Chen's in National Tsing Hua University. During his Ph.D. career, he mainly focused on the development of 2D devices and Si-organic hybrid solar cells. He visited Prof. Jr-Hau Heâs lab at CEMSE during May 2016 and July 2016 and received his Ph.D. degree in July 2016. He then worked as a postdoctoral research fellow at National Tsing Hua University during Aug. 2016 and April 2017. He joined AU Optronics in April 2017 and worked as a senior engineer in the LCD Array & Cell Design Platform unit.

Questioned on why he chose CEMSE for his career, he said: "CEMSE is an internationally oriented division, so it's good to work with researchers with different nationalities, cultures, and backgrounds in interesting works. And he also added: "I was Prof. He's Ph.D. student in Taiwan. His self-motivated work style, worldwide connection, and great leadership had a huge impact on me during my Ph.D. time. Being part of the group has always enriched my understanding of science broaden my vision. Even now, working in a local company in Taiwan, I always keep in mind to challenge myself, and make myself more valuable to the science community, as he always told me." 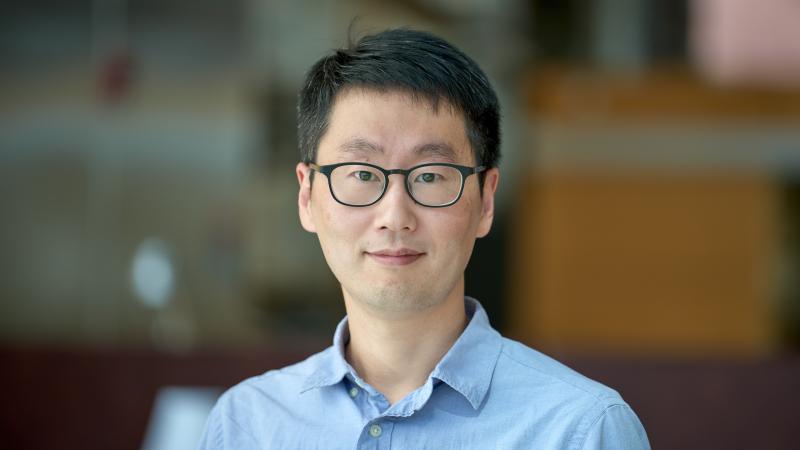