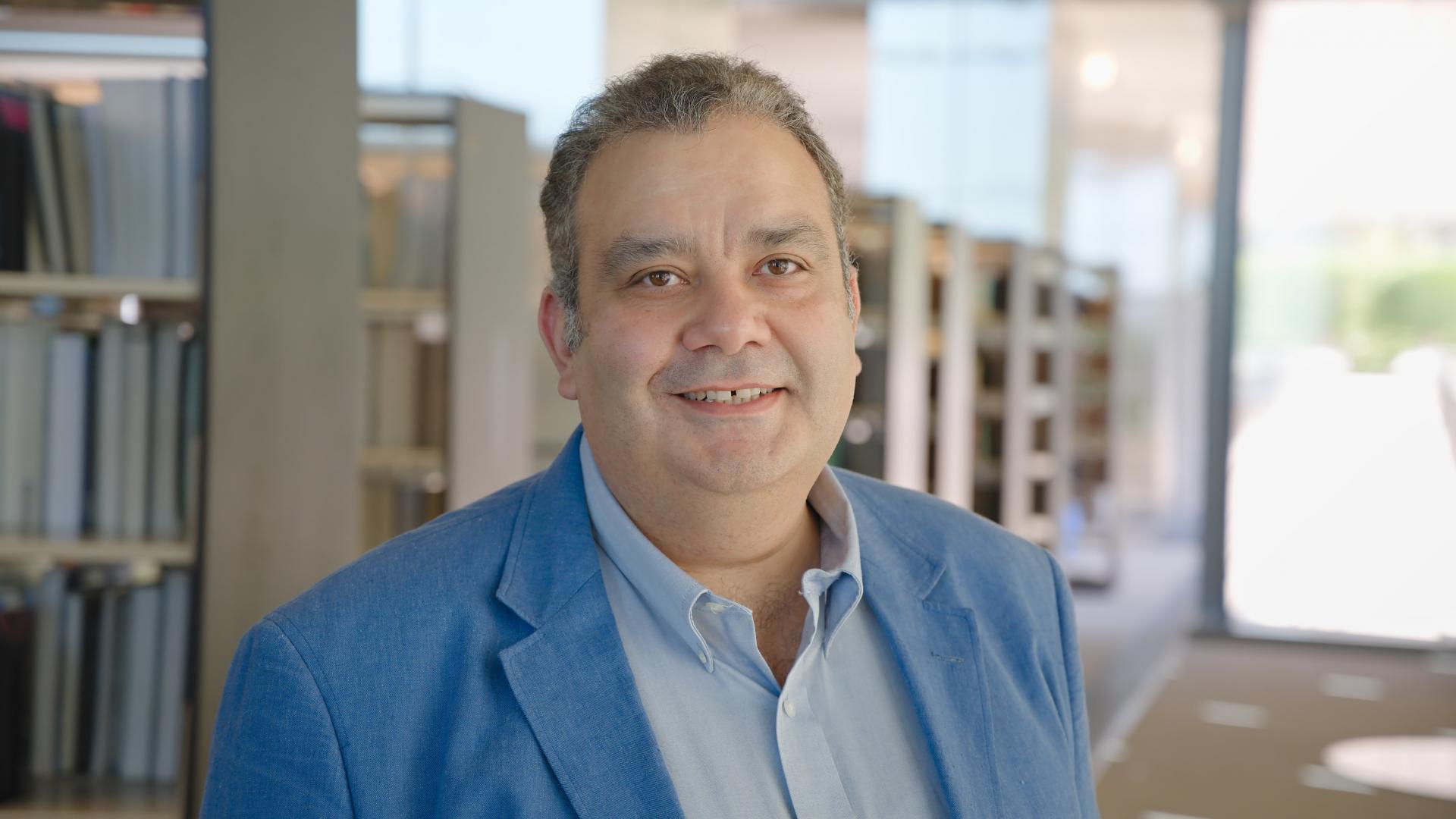 Ahmed M. Eltawil is a Professor of Electrical and Computer Engineering (ECE) and the Principal Investigator of the Communication and Computing Systems Lab (CCSL) at KAUST. His research focus lies in the area of efficient architectures for mobile computing and communications systems. His research philosophy is to employ a multidisciplinary approach to the design and development of  mobile systems spanning algorithm, architecture and implementation.

Ahmed M. Eltawil is a Professor of Electrical and Computer Engineering at King Abdullah University of Science and Technology (KAUST) where he joined the Computer, Electrical and Mathematical Science and Engineering Division (CEMSE) in 2019. At KAUST, he is the founder and director of the Communication and Computing Systems Laboratory (CCSL). Prior to that he was with the Electrical Engineering and Computer Science Department at the University of California, Irvine (UCI) from 2005-2019, where he was the founder of the Wireless Systems and Circuits Laboratory (WSCL). Professor Eltawil’s research is in the area of efficient architectures for computing and communications systems in general, and wireless systems in particular, spanning the application domains of low-power mobile systems, machine learning platforms, sensor networks, and critical infrastructure networks. He received the Doctorate degree from the University of California, Los Angeles, in 2003 and the M.Sc. and B.Sc. degrees (with honors) from Cairo University, Giza, Egypt, in 1999 and 1997, respectively. Professor Eltawil has been on the technical program committees and steering committees for numerous workshops, symposia, and conferences in the areas of low-power computing and wireless communication system design. He received several meritorious awards and grants, including the NSF CAREER grant supporting his research in low-power computing and communication systems. He is a senior member of the IEEE and a senior member of the National Academy of Inventors, USA. In 2021, he was selected as “Innovator of the Year” by the Henry Samueli School of Engineering at the University of California, Irvine. He was a recipient of two certificates of Recognition from the United States Congress recognizing his contributions to innovations in the field of Electrical and Computer Engineering. Professor Eltawil is a veteran of multiple startup in the area of communication technology, all of which have had significant translational research impact.

The current research interests of Dr. Ahmed are in the general area of low power digital circuit and signal processing architectures with an emphasis on mobile systems. The goal is to simultaneously address two seemingly diverging trends. The first trend is concerned with efficient, high data rate broadband wireless systems driven by continuously expanding networking applications. The second trend is related to lower bit rate, ultra-low power applications, which are finding numerous applications in the context of the internet of things (IoT) such as remote wireless sensing, wearable electronics, sensors etc.  At CCSL, our program is architected to identify and research technologies that provide the foundation on which groundbreaking innovations capable of serving this wide spectrum of challenges can be conceived, designed and tested. He is also affiliated with both the Center for Pervasive Communications and Computing (CPCC) and the Center for Embedded and Cyber-Physical Systems (CECS) at the University of California, Irvine.