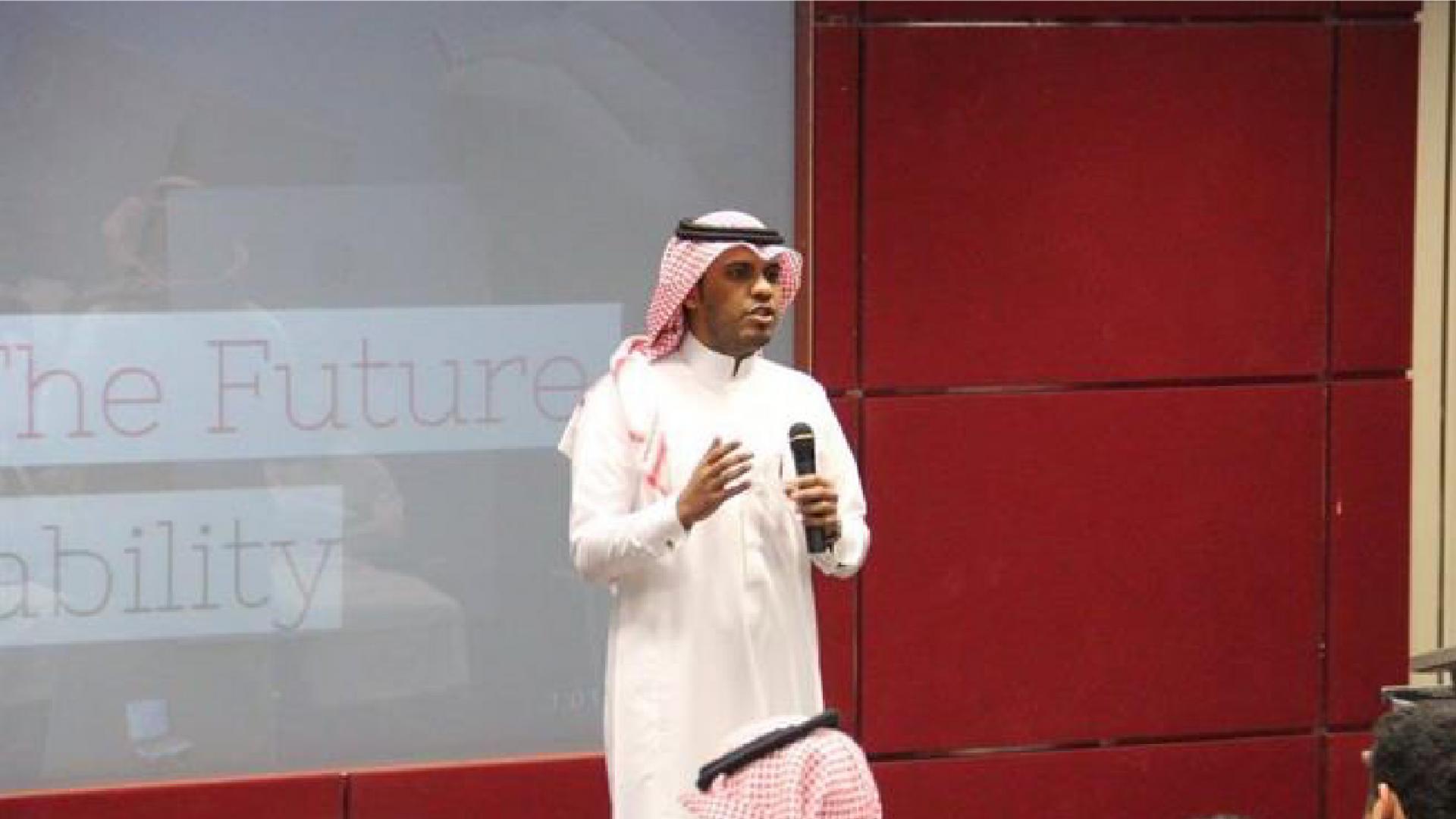 The University is the place to learn about the right tools for success. There's still a lot for you to learn: discipline, commitment, dedication and perseverance. Continue learning and continue dreaming. These are vital keys for this stage of your lives.

Wail Khalid Bamhair (M.S. '10, electrical engineering - nanotechnology) hails from Jeddah and is currently the CEO of TAQNIA Energy, the energy arm of Saudi Investment and Development. Bamhair received his master's degree from KAUST in 2010, the year the University's first class of graduating students were awarded their degrees.

In 2008, just as Bamhair was completing his undergraduate degree in medical engineering from King Abdulaziz University, news of KAUST began appearing. The University was not yet fully built, but Bamhair was curious to find out more about its mission, vision and objectives. It seemed to him that a new scientific era in the Kingdom was about to begin. From his research, Bamhair decided KAUST was the right place to take him forward in his education and career, and to develop himself both scientifically and personally. This was his inspiration to become part of the University's story.

"[I grew] up in a home that valued strength and perseverance, and that made me very interested in education," he said. "My parents were my role models when it came to knowledge and good morals. They did their best to create the right environment to help me study, making me able to face many challenges and difficulties and instilling in me the spirit of determination. This also made me want to excel and get up after every fall—I never retreated. I learned to reject defeats—present or future—whether in my studies or career."

When reminiscing about his memories from KAUST, Bamhair noted that his experience at the University was "truly unique—no doubt about it, whether looking at it from an academic aspect and also in terms of the people and tools available, or from the professional aspect, the serious approach to work, or the daily experiences acquired by students," he said. "This is clearly impacts the University's students and graduates. We often see and hear about KAUST graduates as achieving a great deal in many fields."

After graduating from KAUST, Bamhair joined King Abdullah City for Atomic and Renewable Energy (K●A●CARE) in its early stages as a researcher in the field of energy science in the faculty of research, development and innovation. He participated in developing the infrastructure of the new national program, including the national strategy, value chain, local content, research and development, technology development and human capacity building. Bamhair was also responsible for the Atlas Renewable Energy program, one of the main programs at K●A●CARE.

In 2015, Bamhair joined TAQNIA as its first employee—after the CEO. As the director of business development, his role was to develop the company's business unit, evaluate management, implement partnerships, projects and investment opportunities and solar-related acquisitions to increase the company's competitive advantage.

Bamhair noted that the most important phase of his career was when he led a project to develop Saudi Arabia's first independent solar power station, Layla Power Station (50 MW), at the lowest global tariff at the time.

Today, interest in energy projects is a key priority for Saudi Vision 2030, which works towards building a sustainable economic sector through development and investment in energy technologies and modern methods.

Bamhair advised current KAUST students to remember that "success is a goal for those who seek to change their lives on a daily basis and move forward in their careers. KAUST is the first true step towards your real work," he said. "The University is the place to learn about the right tools for success. There's still a lot for you to learn: discipline, commitment, dedication and perseverance. Continue learning and continue dreaming. These are vital keys for this stage of your lives."