Nanovisualization: Depicting the Tiny World Around Us 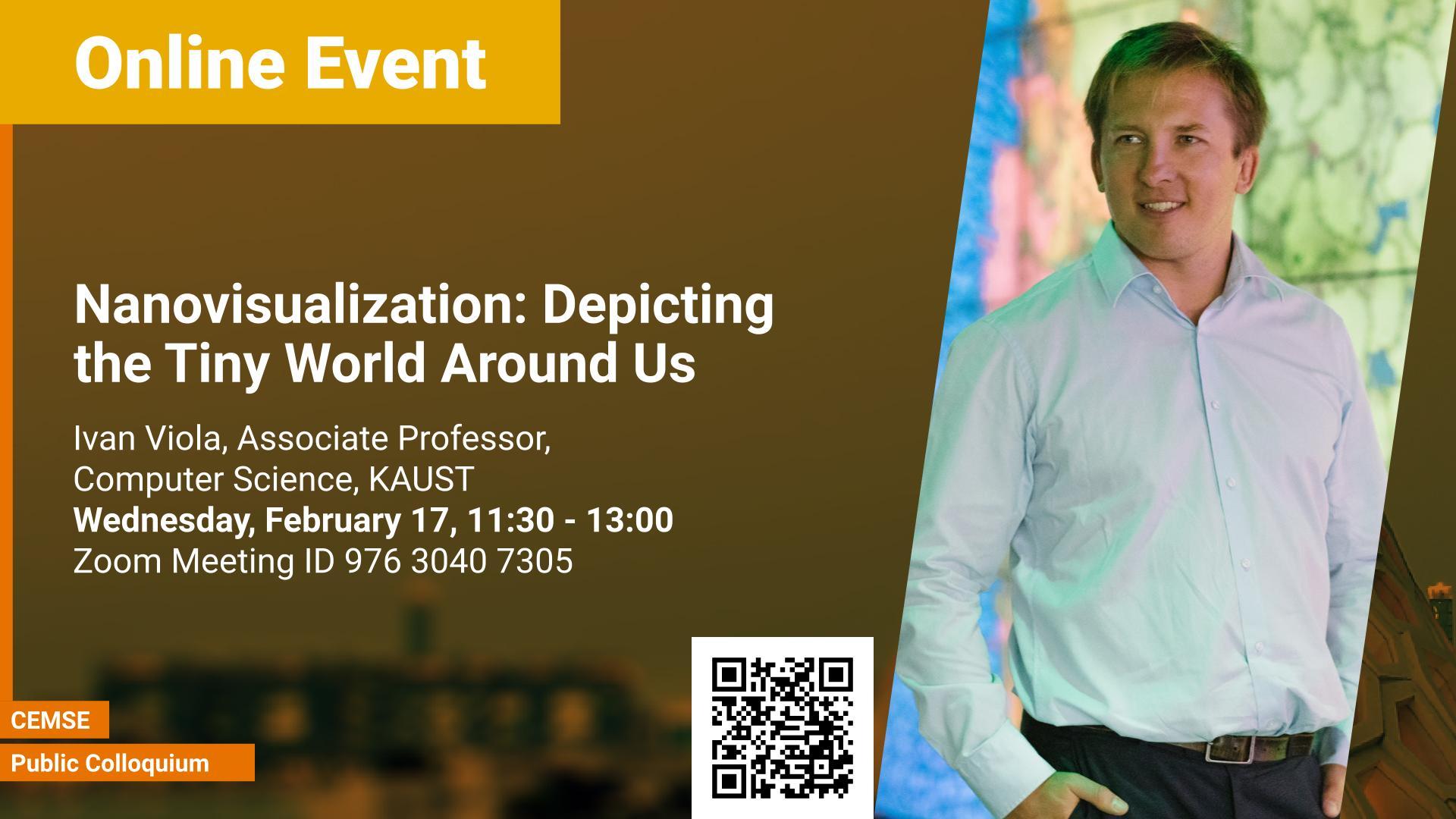 Life at micron-scale is inaccessible to the naked eye. To aid the comprehension of nano- and micro-scale structural complexity, we utilize 3D visualization. Thanks to efficient GPU-accelerated algorithms, we witness a dramatic boost in the sheer size of structures that can be visually explored. As of today an atomistic model of the entire bacterial cell can be displayed interactively. On top of that, advanced 3D visualizations efficiently convey the multi-scale hierarchical architecture and cope with the high degree of structural occlusion which comes with dense packing of biological building blocks.

To further scale up the size of life forms that can be visually explored, the rendering pipeline needs to integrate runtime construction of the biological structure. Assembly rules define how a body of a certain biological entity is composed. Such rules need to be applied on-the-fly, depending on where the viewer is currently located in the 3D scene to generate full structural detail for that part of the scene. We will review how to construct membrane-like structures, soluble protein distributions, and fiber strands through parallel algorithms, resulting in a collision-free biologically-valid scene.

Assembly rules that define how a life form is structurally built need to be expressed in an intuitive way for the domain scientist, possibly directly in the three-dimensional space. Instead of placing one biological element next to another one for the entire biological structure by the modelers themselves, only assembly rules need to be specified and the algorithm will complete the application of those rules to form the entire biological entity.

These rules are derived from current scientific knowledge and from all available experimental observations. The Cryo-EM Tomography is on rising and shows that we can already now reach the near-atomistic detail when employing smart algorithms. Our assembly rules extraction, therefore, needs to integrate with microscopic observations, to create an atomistic representation of specific, observed life forms, instead of generic models thereof. Such models then can be used in whole-cell simulations, and in the context of automated science dissemination.

Ivan Viola is an Associate Professor at King Abdullah University of Science and Technology (KAUST), Saudi Arabia. In his research, Viola investigates methods that automate the visualization design process.

Basal new technologies he then applies to various application domains, such as ultrasound diagnostics, geology, or submillimeter biology.

Viola has graduated from TU Wien, Austria in 2005 and moved for a postdoctoral fellowship to the University of Bergen, Norway, where he was gradually promoted to the rank of Professor. In 2013 he has been awarded a Vienna Science and Technology Fund grant to establish his own research group back at TU Wien, Austria. After several years of research on visualization and computer graphics techniques for conveying multiscale biological structures in Vienna, Viola has co-founded the startup company Nanographics, to commercialize nanovisualization technologies. He has joined KAUST to multiply his investigative efforts, for delivering technologies that ultimately make visual, in-silico life possible.