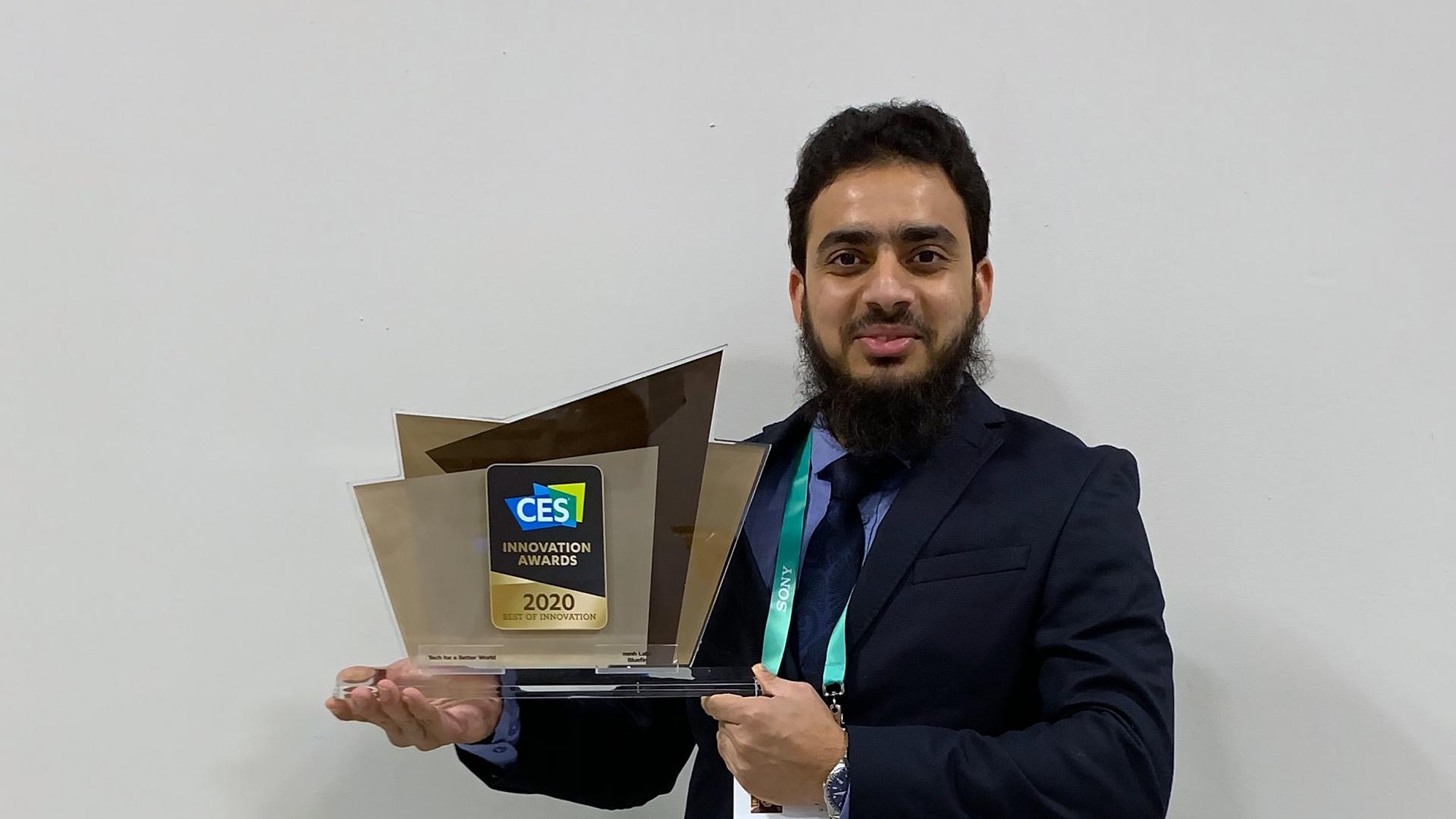 Sohail Faizan Shaikh is a doctoral candidate of MMH Labs in Electrical Engineering at KAUST. He graduated with a master’s degree in Biomedical Engineering from the Indian Institute of Technology (IIT) Hyderabad, India, in 2015, after securing his Bachelor of Technology in Electronics and Telecommunication. His research is focused on Heterogeneous integration strategies for compliant stand-alone 3D electronic systems for IoT and IoE applications specially focused on bio-interface, healthcare, and harsh-environment applications. He will join the world’s largest semiconductor research consortium, Interuniversity Microelectronics Centre (imec) in Belgium this summer.

He spent Spring 2019 at Harvard University as a Visiting Fellow where he worked on soft-robotics and dielectric actuators integration with flexible sensors. He has received Best of Innovation Award at the 2020 Consumer Electronics Show (CES) held in Las Vegas, U.S. and has presented product prototypes at SXSW and CES in 2019. He received the King Abdullah Fellowship for doctoral studies in 2015, the Academic Excellence Award in 2014 at IIT Hyderabad, a fellowship from MHRD-India for his master’s work in 2013, and a Merit-cum scholarship for entire bachelor’s work from the government of India in 2008. He is a student member of the IEEE and the Electron Devices Society.