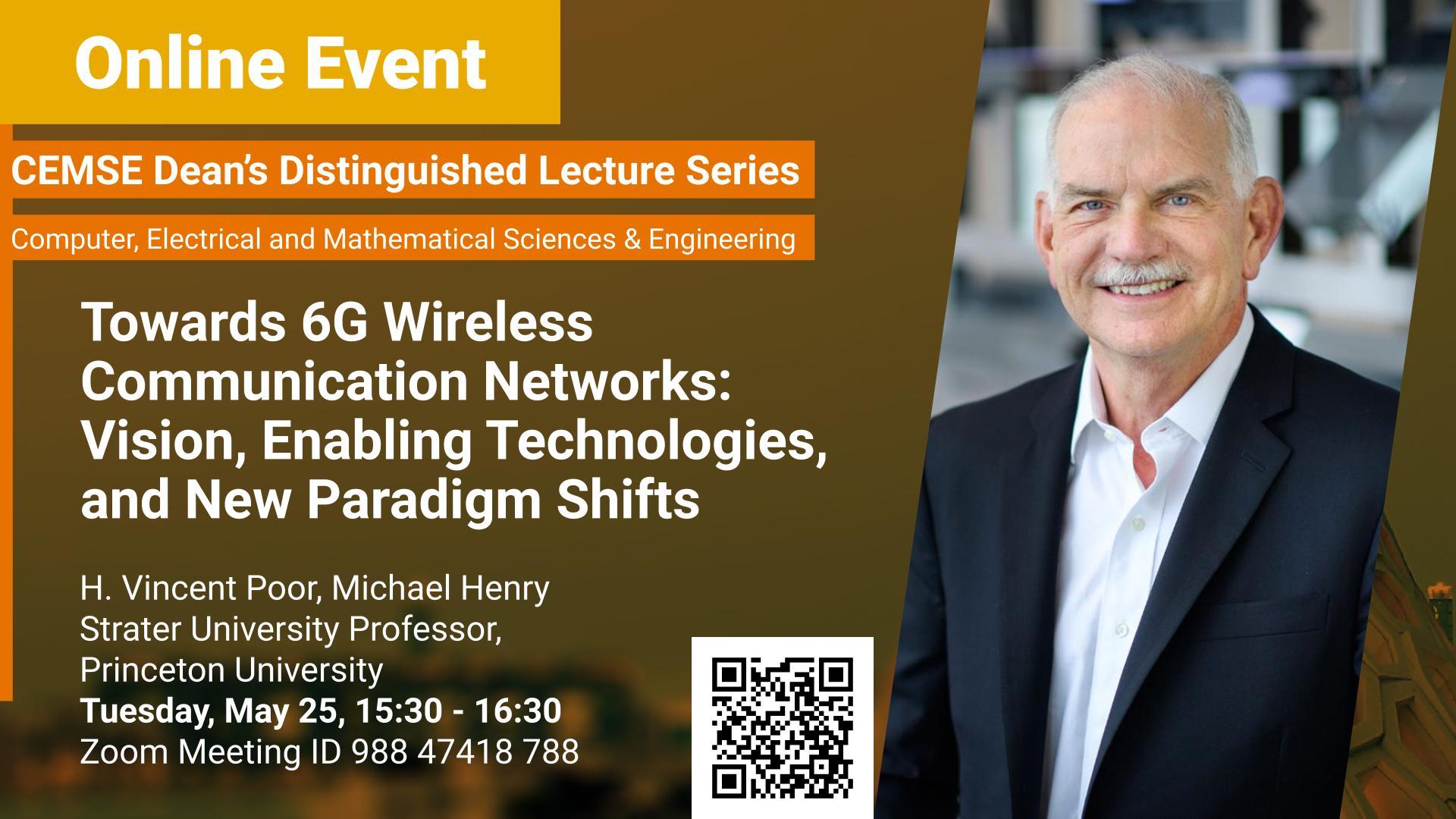 Fifth generation (5G) wireless communication networks are being deployed worldwide and more capabilities are in the process of being standardized, such as massive connectivity, ultra-reliability, and low latency. However, 5G will not meet all requirements of the future, and sixth generation (6G) wireless networks are expected to provide global coverage, enhanced spectral/energy/cost efficiency, greater intelligence and security, etc. To meet these requirements, 6G networks will rely on new enabling technologies, i.e., air interface and transmission technologies and novel network architectures, such as waveform design, multiple access, channel coding schemes, multi-antenna technologies, network slicing, cell-free architecture, and cloud/fog/edge computing. One vision on 6G is that it will have four new paradigm shifts. First, to satisfy the requirement of global coverage, 6G will not be limited to terrestrial communication networks, which will need to be complemented with non-terrestrial networks such as satellite and unmanned aerial vehicle (UAV) communication networks, thus achieving a space-air-ground-sea integrated communication networks. Multiple spectra will be exploited to further increase data rates and connection density, including the sub-6 GHz, millimeter wave (mmWave), terahertz (THz), and optical frequency bands. Third, facing the very large datasets generated by heterogeneous networks, diverse communication scenarios, large numbers of antennas, wide bandwidths, and new service requirements, 6G networks will enable a new range of smart applications with the aid of AI-related technologies. And, fourth, network security will have to be strengthened when developing 6G networks. This talk will review recent advances and future trends in these four aspects.

H. Vincent Poor is the Michael Henry Strater University Professor at Princeton University, where his interests include information theory, machine learning and network science, and their applications in wireless networks, energy systems and related fields. During 2006 – 2016, he served as the Dean of Princeton’s School of Engineering and Applied Science. Prior to joining Princeton in 1990, he was on the faculty of the University of Illinois, and he has also held visiting appointments at several other universities, including Berkeley, Cambridge, Harvard and Stanford, among others. Among his publications is the forthcoming book Machine Learning and Wireless Communications, to be published by Cambridge University Press later this year. Dr. Poor is a member of the U.S. National Academy of Engineering and the U.S. National Academy of Sciences, and is a foreign member of the Chinese Academy of Sciences, the Royal Society, and other national and international academies. Recent recognition of his work includes the 2017 IEEE Alexander Graham Medal, and honorary doctorates from a number of universities in Asia, Europe and North America.