Asmaa Abdallah, a postdoctoral research fellow at KAUST Communication and Computing Systems Lab (CCSL), has been named a Leading Innovator under 35 in the MENA region by MIT Technology Review Arabia. She received recognition for pioneering novel machine-learning methods that can significantly impact emerging wireless systems.

The Innovators Under 35 list recognizes young and talented scientists and technologists making waves in their respective fields and contributing to bettering their communities and the world through inventions and research "shap[ing] the future."

Dr. Asmaa's novel contribution is expected to have a wide-reaching and significant impact in allowing future 6G wireless systems to bridge the unconnected populations, close the digital divide and promote global and widespread connectivity.

"I feel privileged to be able to contribute to the community during this period of digital transformation. As one of a handful of women in my domain, I hope that my efforts will be inspiring enough to motivate and encourage more talented young women to join in and make their own impact in connecting the unconnected and introducing their own unique mark as well." Asmaa said.

Despite the considerable advancements in the telecommunications field, a significant proportion of the global population is still unconnected or under-connected, mainly due to the cost of wireless infrastructure.

A reconfigurable intelligent surface (RIS) has emerged as an economically viable solution to broaden network coverage by boosting radio waves in favorable directions. Although the idea is straightforward, classical system design techniques are challenged to identify and locate the appropriate RIS surface parameters in a dynamic wireless system due to the expanded design space and system configuration parameters.

To overcome this issue, Dr. Asmaa has pioneered novel machine-learning data-driven methods that learn the optimal system parameters as they are trained and deployed. "The proposed solution has the potential to significantly enhance emerging wireless systems by boosting network connectivity with improved robustness and high data transfer speed at a low-cost, low-latency, and environmentally friendly implementation." Dr. Asmaa commented.

The learning-based solution allows scalability of future wireless networks making them more accessible, easy to deploy and extremely cost-effective. "Through collaboration with industry, scenarios for deploying RIS in hard-to-reach areas- with the aim of connecting unconnected or under-connected regions at low costs and with reliable coverage - can be explored," Asmaa noted.

In terms of the potential impact of this solution on addressing the increasing need for faster connectivity, Asmaa stated that "the solution will address the growing demand for rapid connectivity required for smart home gadgets and mobile applications. It promises to enhance mobile cellular user data rates and improve system capacity with enhanced robustness through an economical, low latency, and eco-friendly implementation."

Professor Ahmed Eltawil, the Principal Investigator of the Communication and Computing Systems Lab, remarked on this accomplishment, "Wireless communications affect our lives in so many ways, yet there are communities that are unable to benefit from the transformative aspects of wireless connectivity due to prohibitive infrastructure costs. Dr. Abdallah's work is fundamental in ensuring that unconnected and under-connected communities are served in a scalable and economical way. These contributions embody the focus on societal transformative research that the CCSL team targets. I am very pleased that Dr. Abdallah has been recognized with such an outstanding award."

A journey of academic excellence

Asmaa Abdallah is a postdoctoral fellow at KAUST. In 2020, she received her Ph.D. in Electrical and Computer Engineering at the American University of Beirut (AUB), Beirut, Lebanon. She received her M.S. and B.S. degrees (with High Distinction) in Computer and Communications Engineering from Rafik Hariri University (RHU), Lebanon, in 2013 and 2015, respectively. Throughout her academic years, Dr. Abdallah was the recipient of a scholarship from the Lebanese National Council for Scientific Research (CNRS-L/AUB) to support her doctoral studies and received the Academic Excellence Award at RHU in 2013 for ranking first in the graduating class.

During her time at AUB, she held various executive committee positions in several societies, including the Institute of Electrical and Electronics Engineers (IEEE), IEEE Young Professionals, and IEEE Women in Engineering. In these roles, she successfully drove the organization of national conferences and outreach events for young engineers.

"To me, this award signifies that hard work does not go unnoticed," Asmaa concluded. 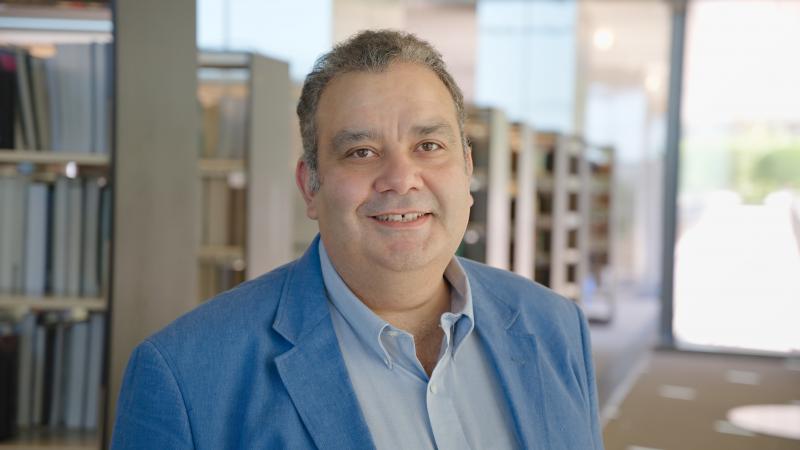 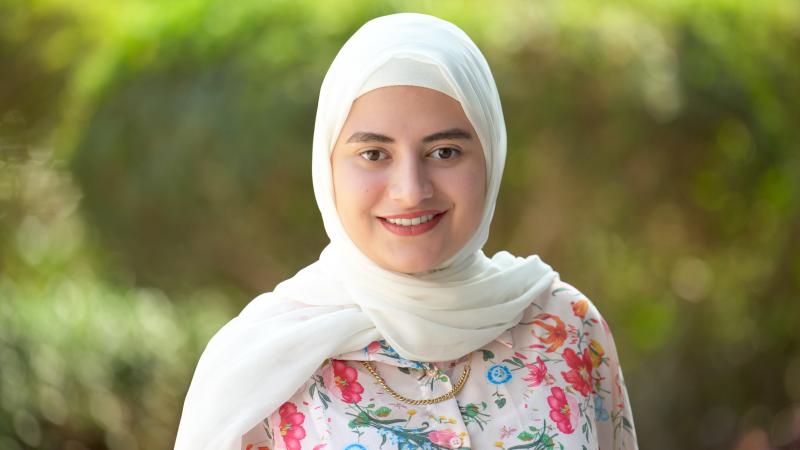