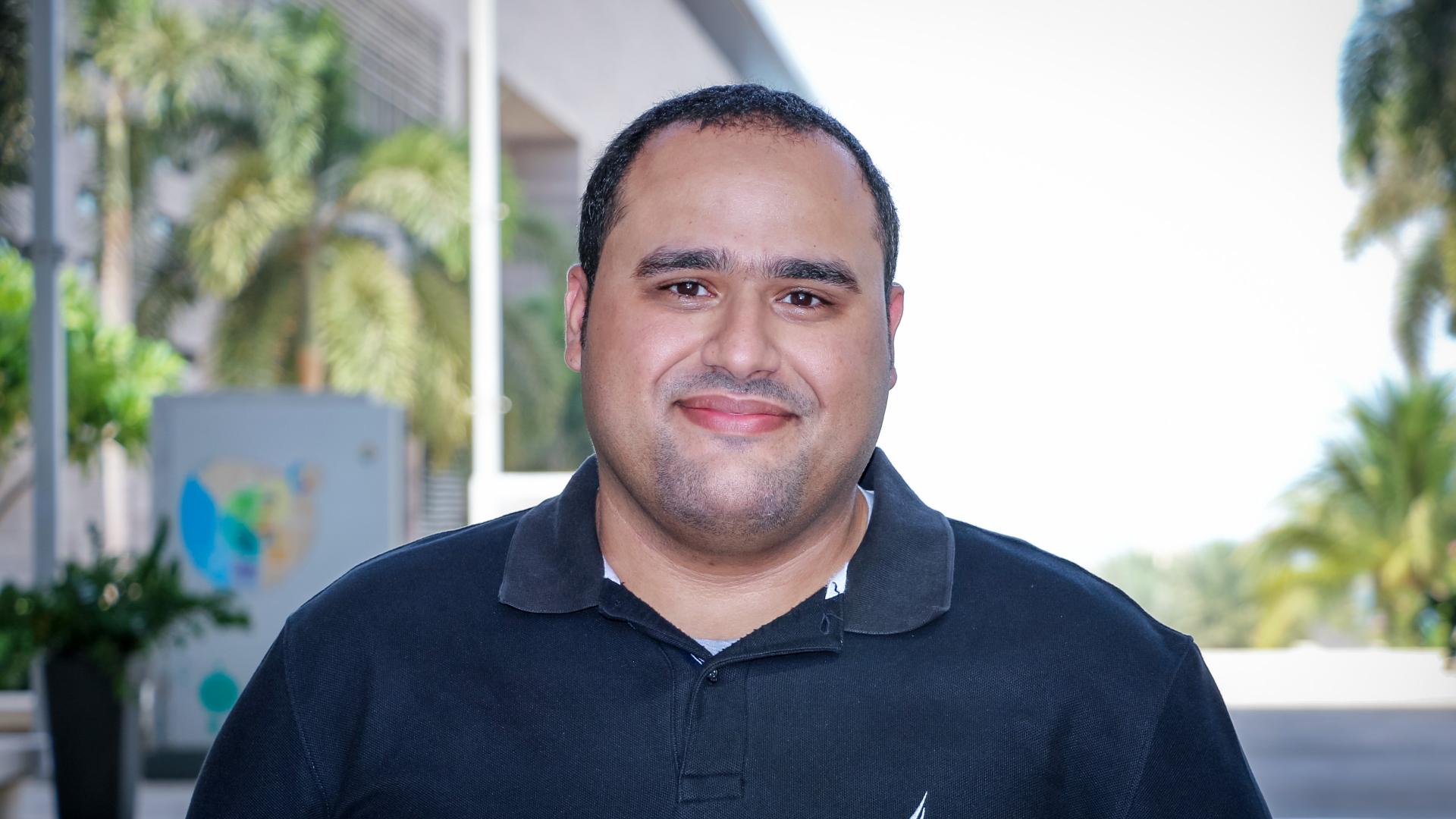 The focus of my research is developing robotic solutions to assist human-based operations in a vast array of precision and hazardous applications.

Mohammad Shaqura is a Ph.D. (Mechanical Engineering) graduate from KAUST Professor Jeff Shamma’s Robotics, Intelligent Systems, and Control (RISC) research group. His research interest focused on mobile robots control and autonomous navigation. After receiving his bachelor degree in Control and Instrumentation Systems Engineering from King Fahd University of Petroleum and Minerals (KFUPM), Shaqura moved to KAUST to pursue graduate studies in Mechanical Engineering in 2011. He completed the MS degree in 2012 then proceeded to start his Ph.D. in 2013. Mohammad has been involved in multiple entrepreneurial activities at KAUST, including, startup accelerator at KAUST.

Mobile robotic systems are widely used in several applications. Control of such systems pose many challenges caused by system modeling uncertainty. Complex physics phenomena and environmental effects are usually neglected to simplify analysis and control design. Various areas of applied robotic control and manipulation are investigated in this work including motion algorithm design, hardware, and software robotic system design. The presented algorithm for navigation learning in mobile robots aims to reduce the effect of modeling uncertainties on control performance. Starting from initial feasible state and input trajectories, the objective is to reduce navigation time through iterative trials. A nominal model of the actual system and the system output are used to update the control input in every iteration for incremental improvement. The navigation problem is formulated as an optimal control problem that are solved after each trial to generate a vector of input deviations for the next trial. The formulation of the approach, simulation, and experimental results shows the effectiveness of the presented method. The design part focuses on developing hardware and software systems for manipulation and aerial robots. A software for automated generation of multirotor simulation models is developed utilizing CAD software API. In the field of robotic manipulation, a novel gripper mechanism is designed and implemented. The proposed mechanism targets applications where grasped object lies in areas with limited surrounding clearance and where external torques affect the grasped object. This design was implemented on a mobile manipulation platform and tested during an international robotics competition. In the area of human-robot interaction, a human-supervised UAV inspection system has been developed and tested. The UAV is guided by a human operator using a handheld laser pointing device that is designed and fabricated in-house.