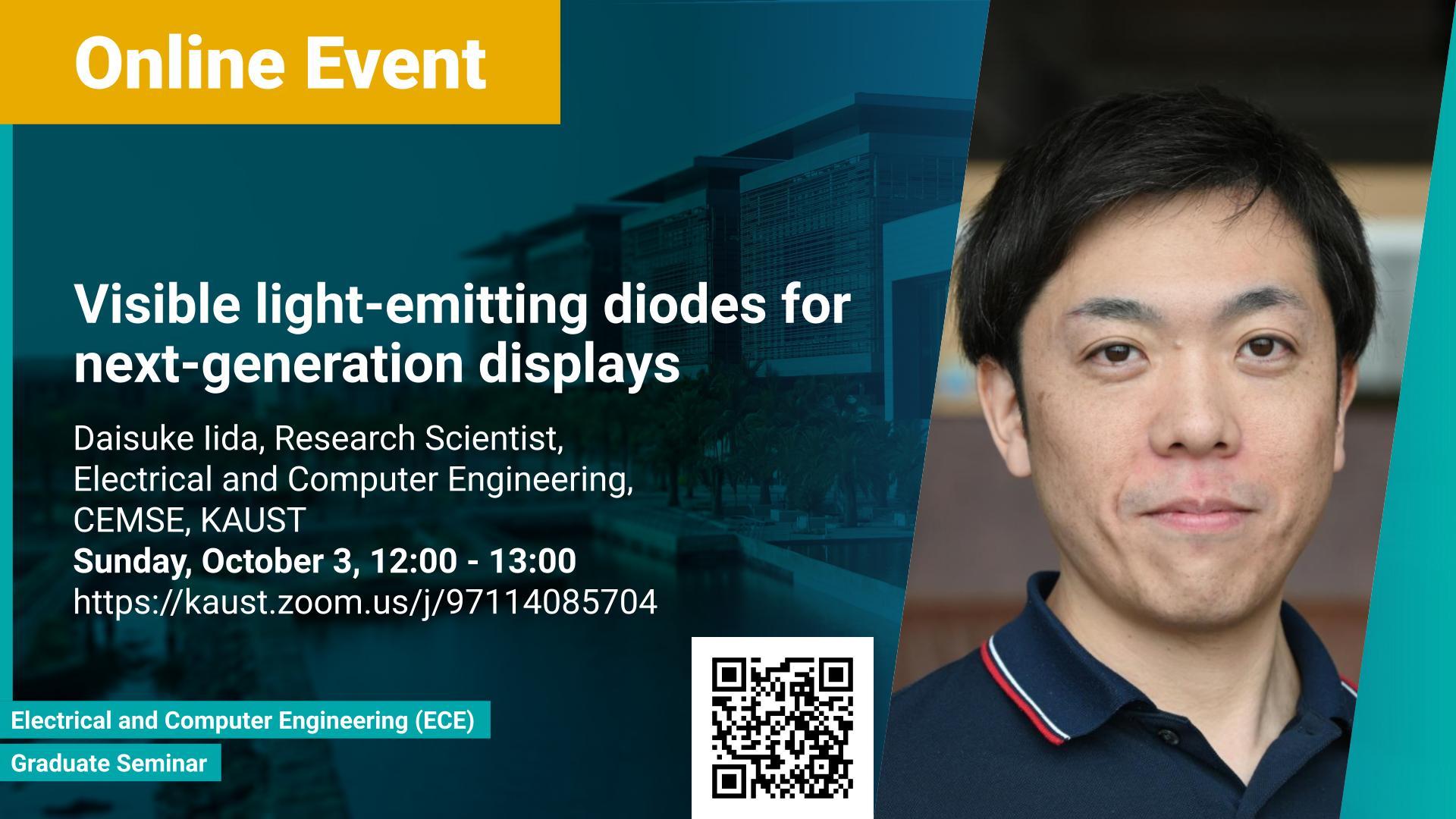 Kazuhiro Ohkawa
This talk will provide an overview of the III-nitride-based visible light-emitting diodes (LEDs). Especially, the InGaN-based blue LEDs are very contributed to energy-saving for light sources all over the world. 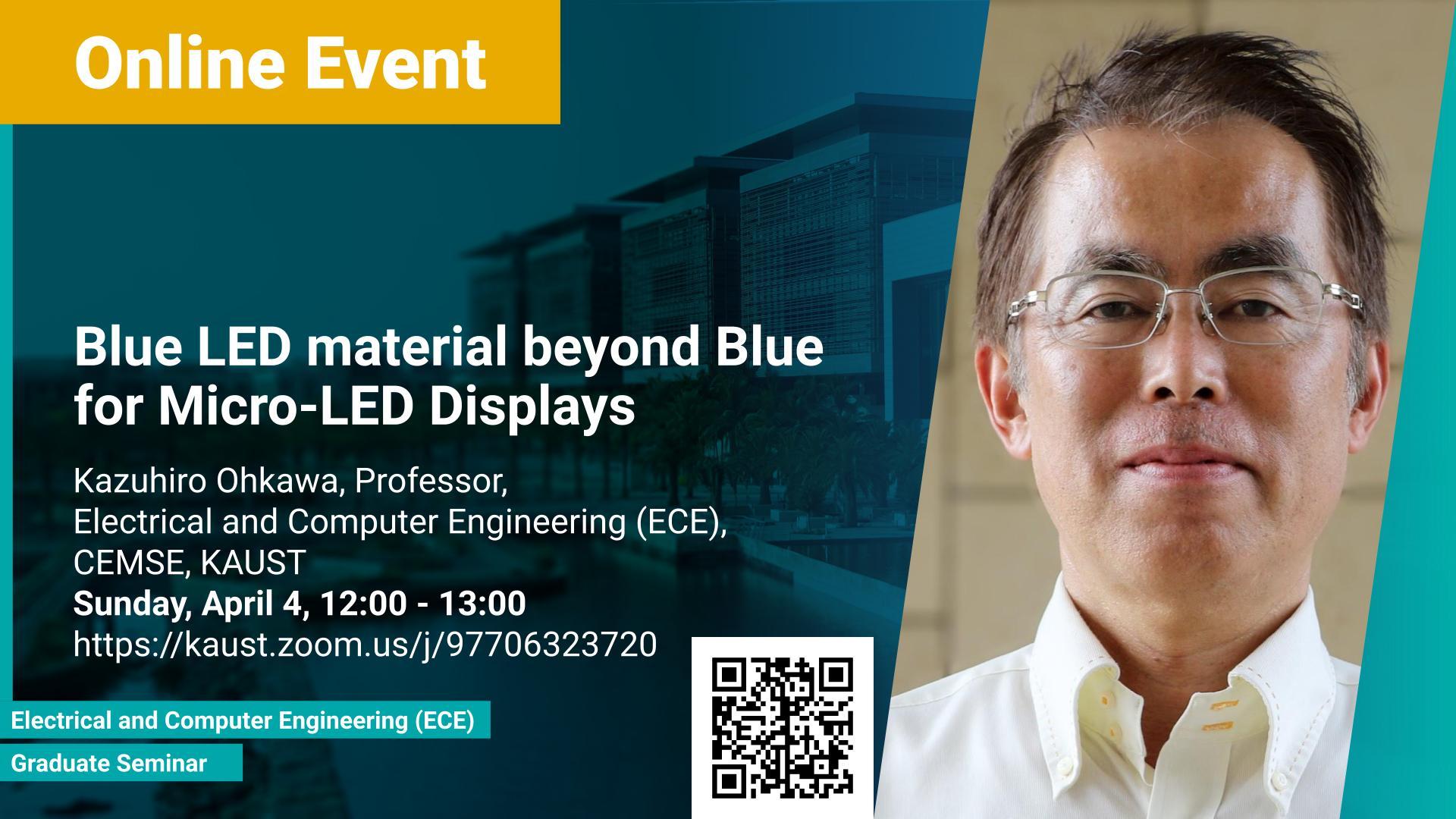 Kazuhiro Ohkawa
Professor, Electrical and Computer Engineering
https://kaust.zoom.us/j/97706323720
Energy is an indispensable part of our lives. We are challenging energy-saving novel light emitters and clean-energy generation systems at Energy Conversion Devices and Materials (ECO Devices) Laboratory at KAUST. The former is based on MOCVD technology, material science, and device technology. The latter is the nitride photocatalyst invented by Ohkawa. The development of highly-efficient InGaN-based blue LEDs was the topic of the 2014 Nobel Prize in Physics. InGaN-based green LEDs were realized after improving the quality of higher-In-content InGaN. The three primary colors in light are RGB. The current red LEDs are based on InGaP as the active region. If we realize red LEDs by InGaN, we can fabricate the monolithic RGB LEDs in a wafer. Such RGB integration will be a breakthrough for micro-LED displays that are the next generation after the OLED displays. In this seminar, the science of MOCVD, the growth of high-In-content InGaN, and the state-of-the-art InGaN-based red LEDs will be introduced. 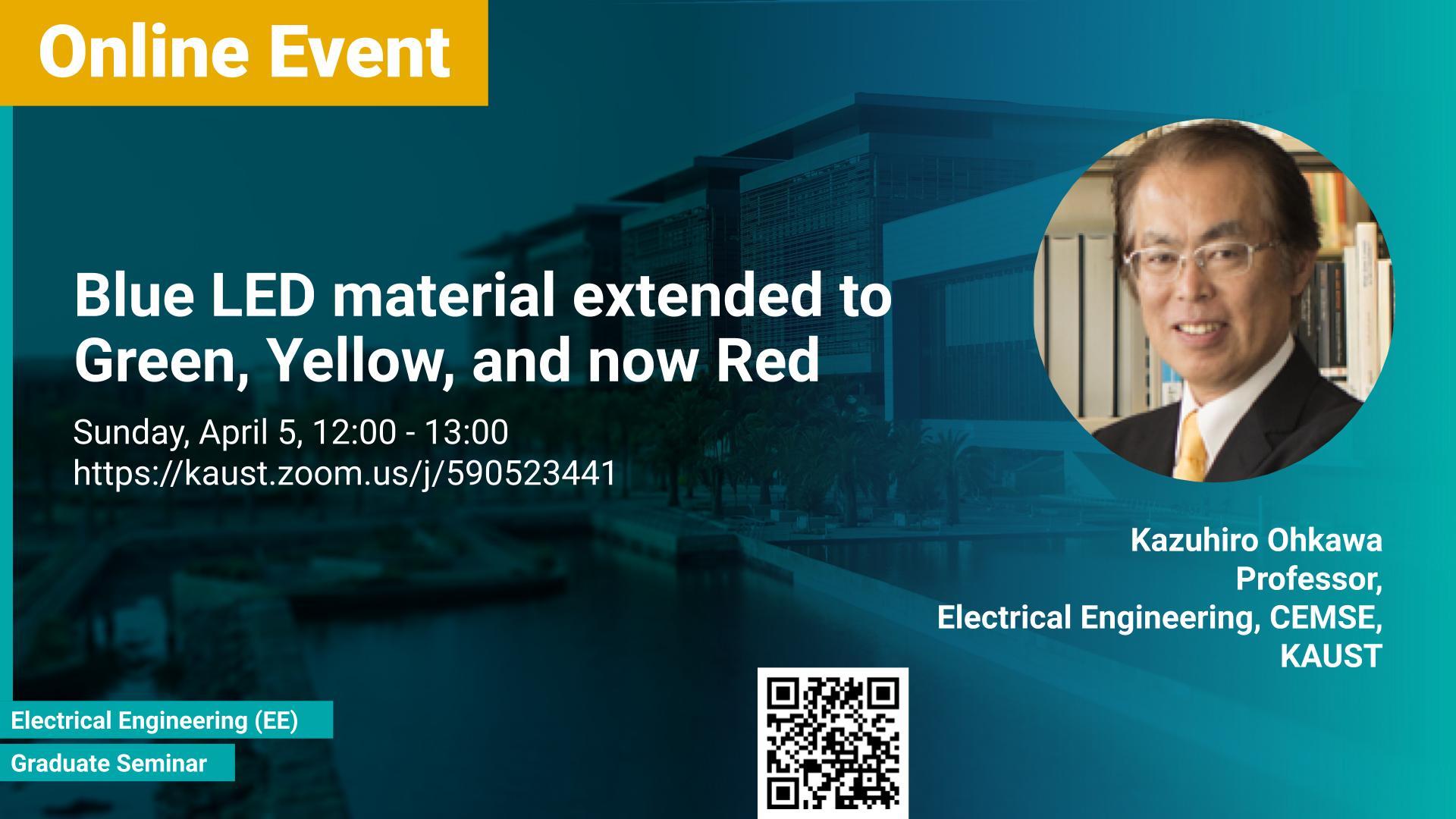 Kazuhiro Ohkawa
Professor, Electrical and Computer Engineering
https://kaust.zoom.us/j/590523441
In this seminar, the science of MOCVD, the material science of InGaN, and the new-born InGaN-based red LED performance will be discussed. The three primary colors in light are RGB. Green and blue LEDs have been realized by using InGaN active region. The current red LEDs are based on AlGaAs or InGaP as the active region. If we can realize red LEDs by InGaN, it is possible to integrate RGB LEDs in a wafer. Such RGB integration is a breakthrough to develop the next displays, so-called, micro-LED displays that are the next after the OLED displays, and functional LED lightings.