This system could operate over a broad range, with a fast data transmission rate, and using low-power radios, thus negating the need for expensive cellular infrastructure deployed in densely populated areas.

The research will open up novel applications for wireless sensor networks in the era of smart cities and Internet-of-Things, whereby applications demanding high bandwidth can be developed to span large geographic areas. The nodes in wireless multihop networks, unlike those in conventional cellular networks, have dual roles: each device acts as both a source of information and also as a router for its peers.

Identifying the most efficient route for passing information from a source to its respective destination — known as packet routing — is crucial to create a reliable and fast network. Depending on the underlying application, devices in a multi-hop network may be interconnected to a backbone communications infrastructure or may run in a so-called ad hoc mode. Mobile ad hoc networks are emerging as a potential replacement for conventional intelligent transportation systems, which include unmanned vehicles and robotics (see image).

In an attempt to optimize packet routing in these systems, a specific group of techniques called beaconless geo-routing has emerged over the past decade. As the name suggests, a beaconless geo-routing protocol uses geographical position criteria to construct routing decisions. It is beaconless in the sense that the wireless devices do not need to periodically exchange routing information to determine whether a transmitter is alive and nearby.

Nevertheless, the performance of existing beaconless geo-routing packet routing protocols is typically compromised with increasing levels of mobility or very frequent changes in the network topology; for example, when links between nodes are very dynamic. Furthermore, the underlying protocol overhead grows exponentially with the size of the network or the number of devices per unit area, which leads to delayed transmission rates.

To improve the performance of these systems, KAUST has invested in the development of a novel alternative geo-routing paradigm. The efforts are led by Ahmed Bader and Alouini collaborating with Karim Abed-Meraim from the Polytech Orléans in France. Together, they have created a fully-distributed — routing decisions are made locally at each device without the need for coordination with neighboring devices — beaconless geo-routing scheme2. Their approach has the advantage of a high tolerance to node mobility: it is indifferent to the underlying deployment density, can accommodate large geographical areas and has a superior end-to-end latency performance.

The developed geo-routing scheme is a cornerstone of a robust wireless multihop networking protocol. There are many applications including geophysical data acquisition in oil and gas fields, asset inspection and smart metering, mobile workforce and law enforcement, crowd management, and autonomous clusters of unmanned terrestrial and aerial vehicles.

Bader, working with a Tunisian hardware and software services and solutions company called CodinTek and with funding from KAUST’s Innovation and Economic Development department, has built a testbed composed of 20 prototype units. While the technology is still patent pending, the objective of this test bed is to evaluate the developed paradigm under real-life scenarios.

“We will continue the development of our scheme to fortify it against wireless channel impairments,” says Alouini. “These have shown to be highly time-variable based on the field test results.” A lengthy field testing campaign has begun and will soon enable further development of a scaled up system. 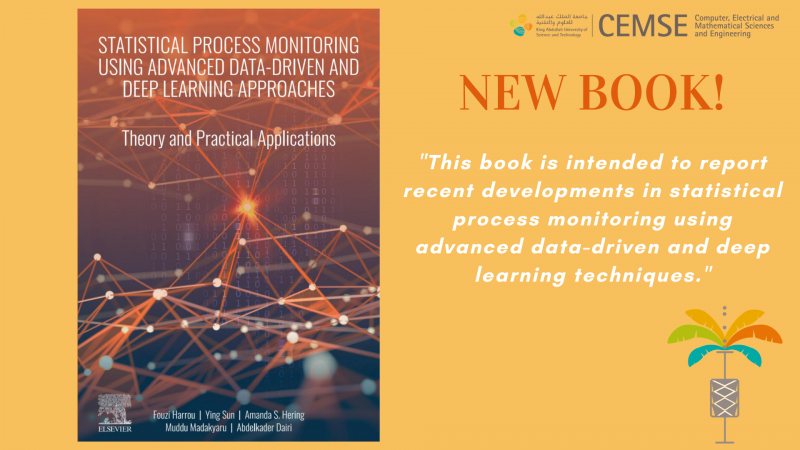