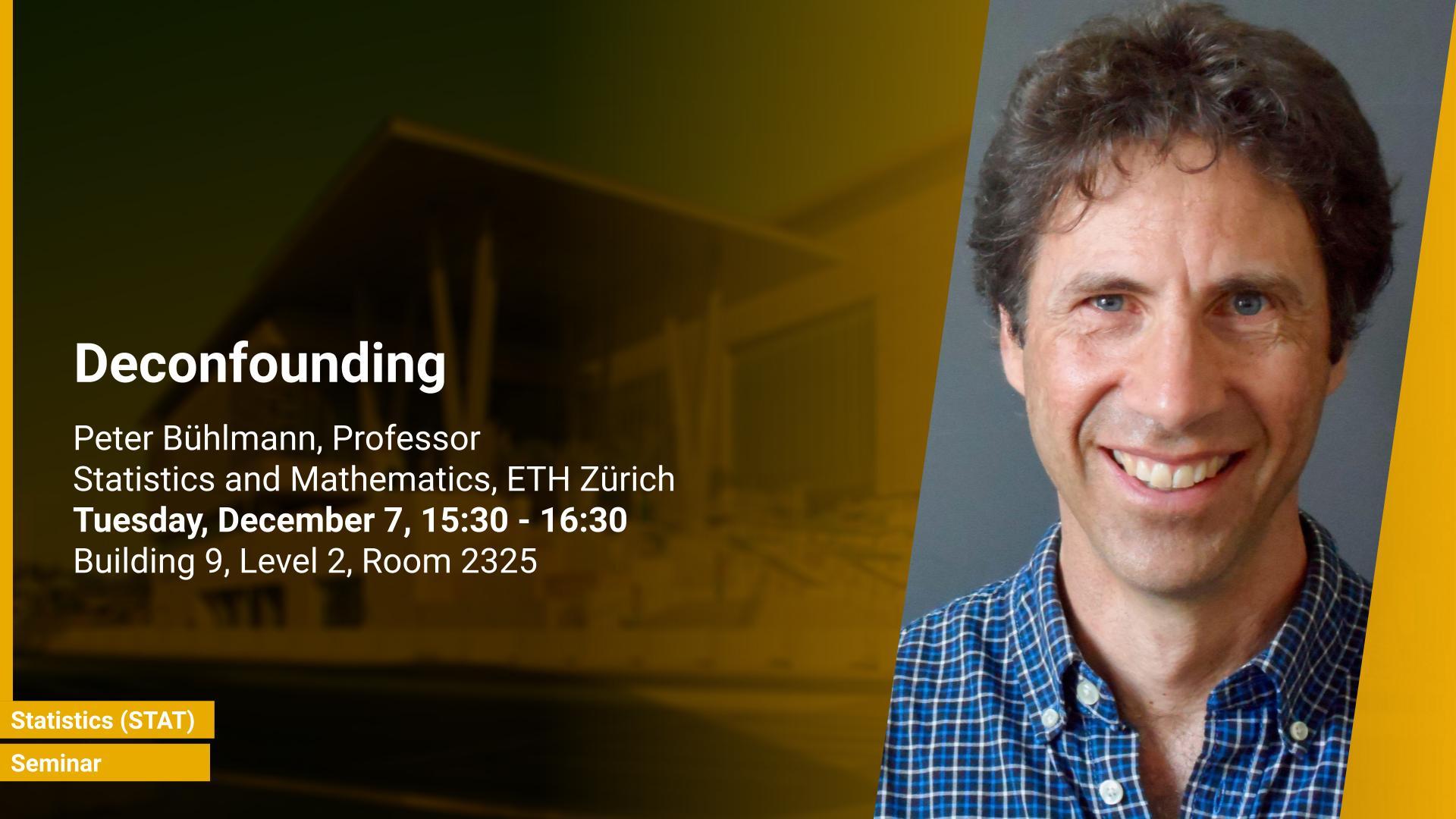 Hidden confounding is a severe problem when interpreting regression or causal parameters, and it may also lead to poor generalization performance for prediction. Adjusting for unobserved confounding is important but challenging when based on observational data only. We propose spectral deconfounding, a class of linear data transformations, followed by standard sparse estimation methods such as the Lasso, or the Debiased Lasso when confidence guarantees are required. The proposed methodology has provable (optimality) properties when assuming dense confounding. We conclude with a discussion when such a dense confounding assumption fails to hold. The talk is based on different joint works with Domagoj Cevid, Zijian Guo, Nicolai Meinshausen, Christoph Schultheiss and Ming Yuan.

Peter Bühlmann studied mathematics at ETH Zürich and received his doctoral degree in 1993 from the same institution. He was a Postdoctoral Fellow from 1994-1995 and a Neyman Assistant Professor from 1995 - 1997 at UC Berkeley, before he returned to ETH Zürich in 1997. From 2013 - 2017, he was Chair of the Department of Mathematics at ETH Zürich. He is a Fellow of the Institute of Mathematical Statistics, a Fellow of the American Statistical Association, and was Co-Editor of the Annals of Statistics from 2010 - 2012. Other honors which he recently received include Doctor Honoris Causa from the Université Catholique de Louvain in 2017, Neyman Lecturer 2018 elected by the Institute of Mathematical Statistics, Rothschild Lecturer 2018 at the Newton Institute (Cambridge), recipient of the Guy Medal in Silver 2018 from the Royal Statistical Society, and plenary speaker at the European Congress of Mathematics 2021.