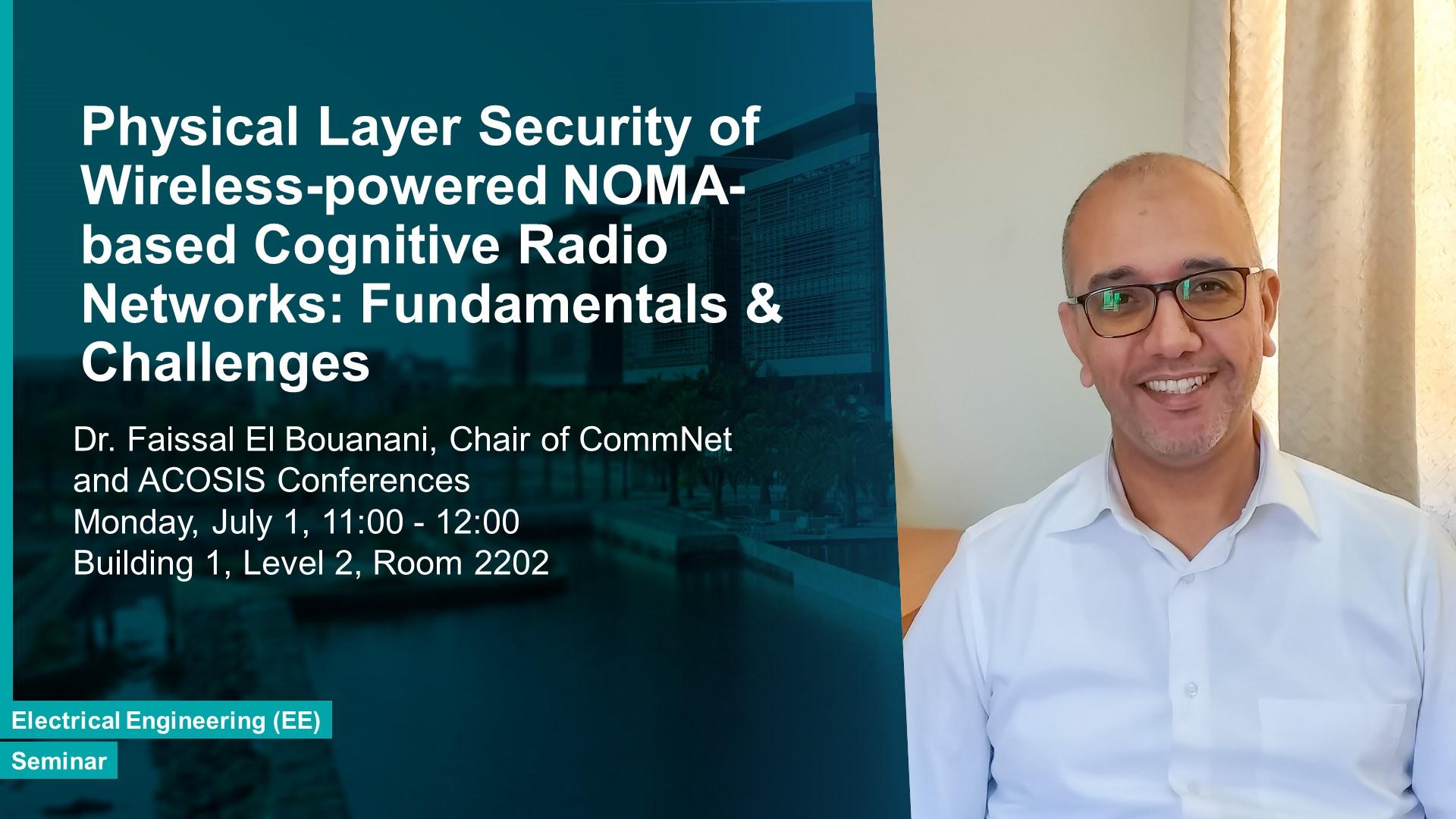 In the last decade, with the emergence of the internet of things (IoT) as well as machine-to-machine (M2M) paradigms, future wireless networks are targeting new critical services such as remote healthcare, surveillance, transportation, etc. In this regard, with the massive expected number of connected IoT and M2M devices, several requirements have been imposed by the regulatory bodies onto the deployment of 5G network. These requirements include, but not limited to, higher connectivity, reduced latency, as well as increased spectral and energy efficiency. Interestingly, the integration of wireless-powered devices through energy harvesting (EH) paradigm within CR networks (CRN) has allowed coping with the connectivity and power consumption dilemmas. In such scenarios, a secondary user (SU) terminal harvests the energy when a primary user (PU) is present, which can be exploited for data transmission on next time slots.

Non-orthogonal multiple access (NOMA) has emerged in the last few years as a potential key technology for providing multiple access to a variety of users within a wireless network. Distinctively to traditional orthogonal multiple access schemes, NOMA aims at sharing the same access resources (time slot, carrier frequency, code), by allocating various power portions to the different users with respect to the channel conditions. From another perspective, and due to the broadcast nature of RF wireless communications, the PHY layer security (PLS) of such CR and EH-based networks operating with NOMA scheme is of major concern, as potential malicious eavesdropping nodes in the channel can overhear the legitimate link of either primary or secondary networks, which represents a key challenge on the secrecy level of such setups. Furthermore, even though numerous research works have analyzed extensively resource allocation and spectrum sensing problems in CRN, little researches carried out the PLS of such networks.

In this talk, we explore recent results on the PLS of wireless-powered NOMA-based CR networks. We will discuss the secrecy level of several setup configurations in terms of key channel and system parameters, and discuss further potential techniques to improve the security of such networks.

Faissal El Bouanani was born in Nador, Morocco, in 1974. He received his M.S and Ph.D. degrees in Network and Communication Engineering from Mohammed V Souissi University of Rabat, Morocco, in 2004 and 2009, respectively. His Ph.D. thesis was awarded the best one by Mohammed V-Souissi University of Rabat in 2010. He served as a faculty member in the University of Moulay Ismail, Meknes from 1997 to 2009 before joining National High School of IT/ENSIAS College of Engineering, Mohammed V university of Rabat in 2009, where he is currently an Associate Professor. His current research interests include coding, cryptography, and performance analysis of wireless communication systems. Dr. El Bouanani advised multiple Ph.D. and Master's students at both Mohammed V, and Moulay Ismail Universities. So far, his research efforts have culminated in more than fifty papers in a wide variety of well-known international IEEE conferences and journals. Dr. El Bouanani serves currently as Chair of CommNet and ACOSIS conferences, as well as a reviewer for a variety of well-known international journals.