Wireless Communications using Light - not all wireless is at RF 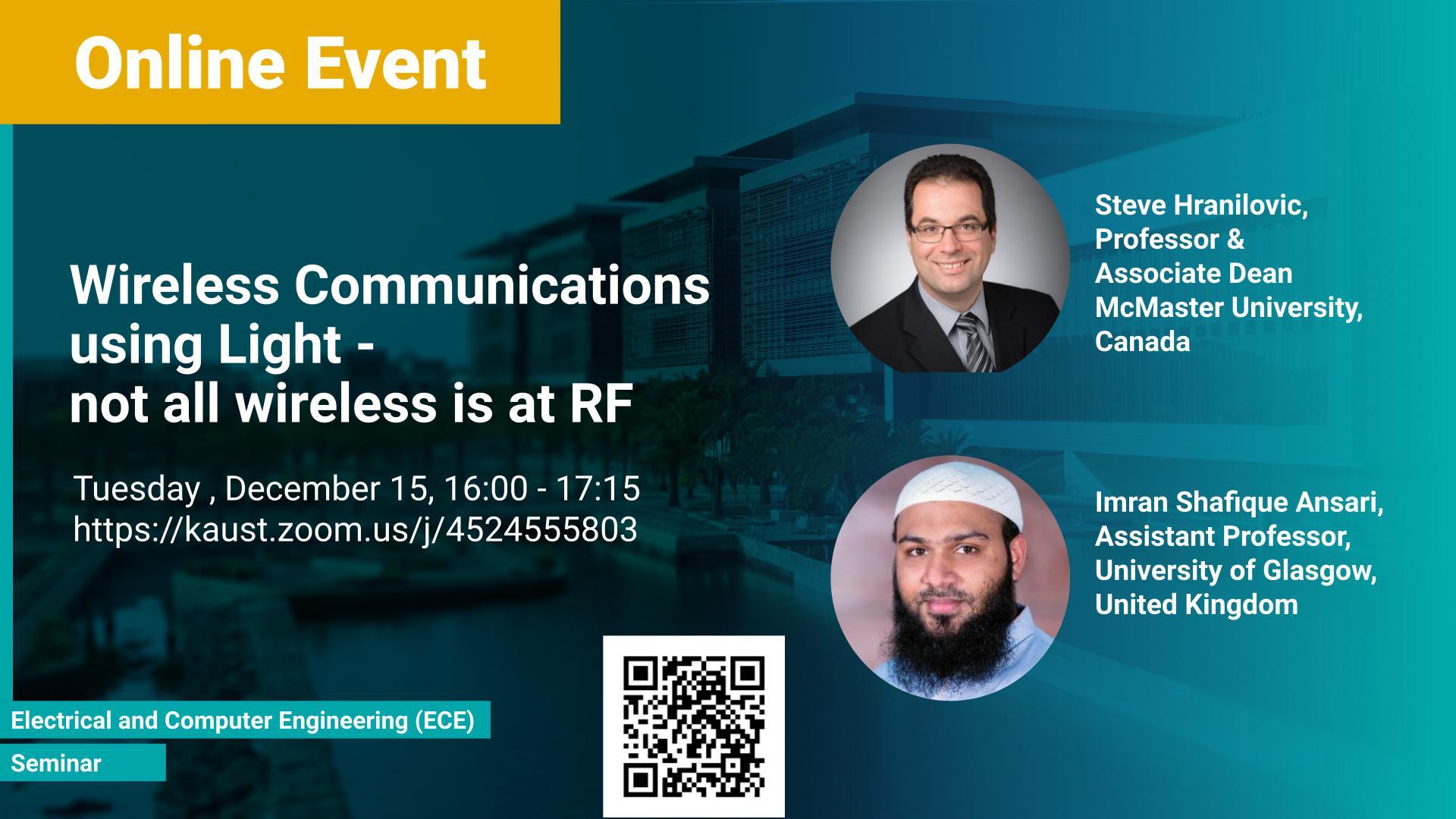 Due to the increasing scarcity of RF spectrum and growing interference due to multiple users, deploying next generation high-speed wireless networks is becoming increasingly difficult. The use of unlicensed optical bands for wireless communications has been heralded as an exciting development for future broadband access for indoor, underwater and space communication links.

This talk presents a broad overview of the work of the Free-space Optical Communication Algorithms Laboratory (FOCAL) at McMaster University in Hamilton, Canada in developing novel optical wireless systems. The main thrusts of the group will be highlighted by emphasizing several recent contributions. Developments in the signaling design for visible light communication (VLC) systems will be presented along with several prototype VLC communication systems. Several approaches to indoor positioning using illumination devices and simple smartphone-based receivers will be presented. Some perspectives on our work in algorithms and experiments in long range free-space optical and space-based laser communications will also be highlighted.  Finally, a vision for optical wireless technologies will be presented along with our ongoing research directions.

He is a Professor in the Department of Electrical and Computer Engineering, McMaster University (Hamilton, Ontario, Canada) and currently serves as the Associate Dean, Academic.  During 2010-2011 he spent his research leave as Senior Member, Technical Staff in Advanced Technology for Research in Motion, Waterloo, Canada.   His research group at McMaster University develops information theory, signalling design and experimental prototypes for optical wireless systems operating in the infrared, visible and ultraviolet bands.

As we embark on a journey towards defining the next generation of cellular networks, we find ourselves amidst the hunger of spectrally efficient and secure systems. With an extensive record of contributions varying from stand-alone free-space optical (FSO) links to mixed as well as hybrid radio-frequency (RF) and FSO systems, we have learned a ton and fairly experienced the benefits that piggy-back FSO technology. In this presentation, we will further explore these in various directions such as enhancing mixed RF-FSO systems, advancements in underwater FSO performance, minimizing wiretap activities in mixed FSO-RF systems, and benefits of using reflective surfaces within mixed FSO-RF systems, among others.

Imran Shafique Ansari (S’ 07-M' 15) received the B.Sc. degree in Computer Engineering from King Fahd University of Petroleum and Minerals (KFUPM) in 2009 (with First Honors) and M.Sc. and PhD degrees from King Abdullah University of Science and Technology (KAUST) in 2010 and 2015, respectively. Currently, since August 2018, he is a Lecturer (Assistant Professor) with University of Glasgow, Glasgow, UK.