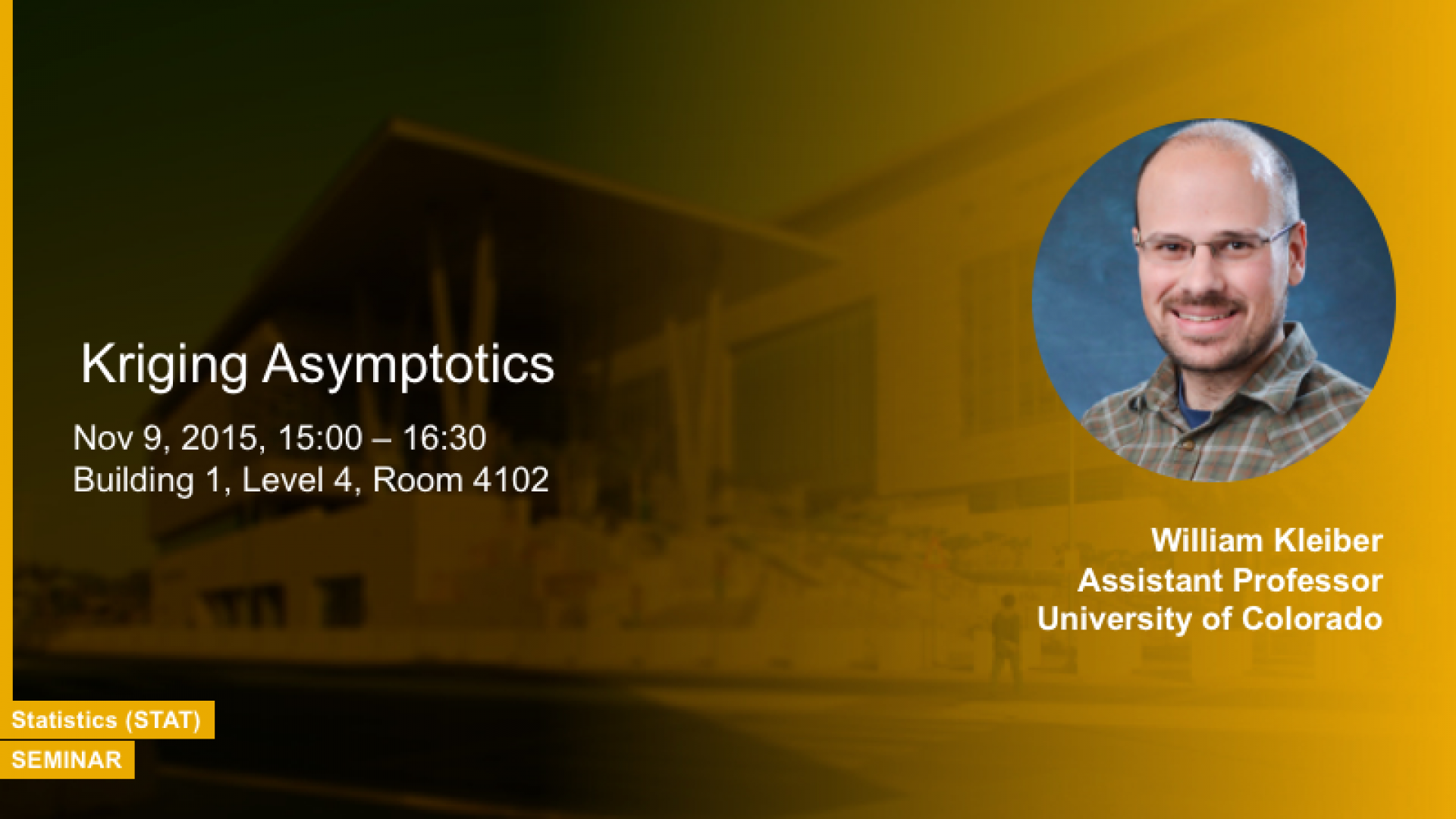 Will Kleiber is an Assistant Professor in the Department of Applied Mathematics at the University of Colorado at Boulder. Will received his PhD in Statistics from the University of Washington in 2010, and between 2010-2012 was a postdoctoral researcher at the National Center for Atmospheric Research.  His research is largely at the intersection of spatial statistics and geophysical problems.  His recent focus has been on methodological and theoretical developments for spatial analyses of large datasets, introducing new approaches for physical model calibration and validation, and advancing statistical methods for stochastic weather generators.