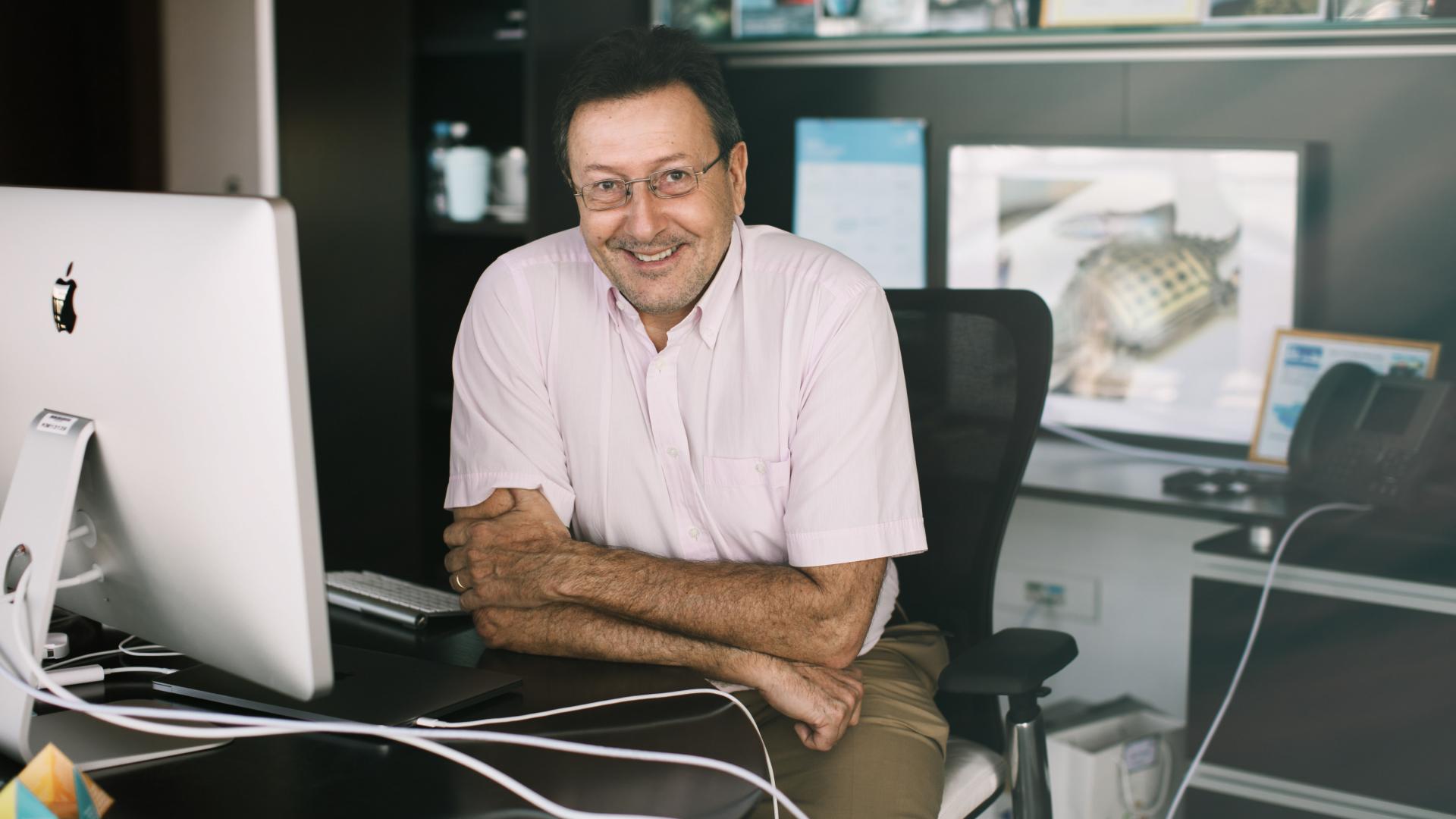 The beauty and conservation of the Red Sea is a fundamental cornerstone of the value propositions being made by Vision 2030 projects and more explicitly by The Red Sea project. I am also collaborating with the Ministry of Environment, Water and Agriculture on efforts to address climate change and desertification, with a focus on the roles of mangroves and seagrass meadows.

Carlos Duarte is a Professor of Marine Science and the Tarek Ahmed Juffali Research Chair in Red Sea Ecology. He is a world-wide leader in multiple branches of biological oceanography and marine ecology.

Prof. Duarte has previously held faculty positions in the University of Western Australia, where he was the Director of the UWA Oceans Institute in Australia and the Mediterranean Institute for Advanced Studies (IMEDEA) in Spain. He was adjunct faculty in University of Trømso in Norway and King Abdulaziz University in Saudi Arabia. He received his Ph.D. degree in Limnology from McGill University in Montreal, Canada.

Prof. Duarte is a highly distinguished scientist who has received many awards throughout his career. He was most recently awarded the Blaise Pascal Medal given by the European Academy of Sciences for his contributions in advancing earth and environmental sciences and the Carlo Heip International Award for outstanding accomplishments in marine biodiversity science. He has also been named “Highly Cited Scientist”, recognizing him as one of the most influential scientists in the world by Thompson Reuters, in all editions of the list to date. He was also elected President of the American Society of Limnology and Oceanography.

Because the growth in the volume of data available in our field generates computational challenges that represent the main bottle neck hindering progress in my field.

Because of the unique support KAUST provides to develop transdisciplinary research with top colleagues across a broad range of fields and minimize the administrative burden thereby freeing intellectual capacity to conduct high-level research.