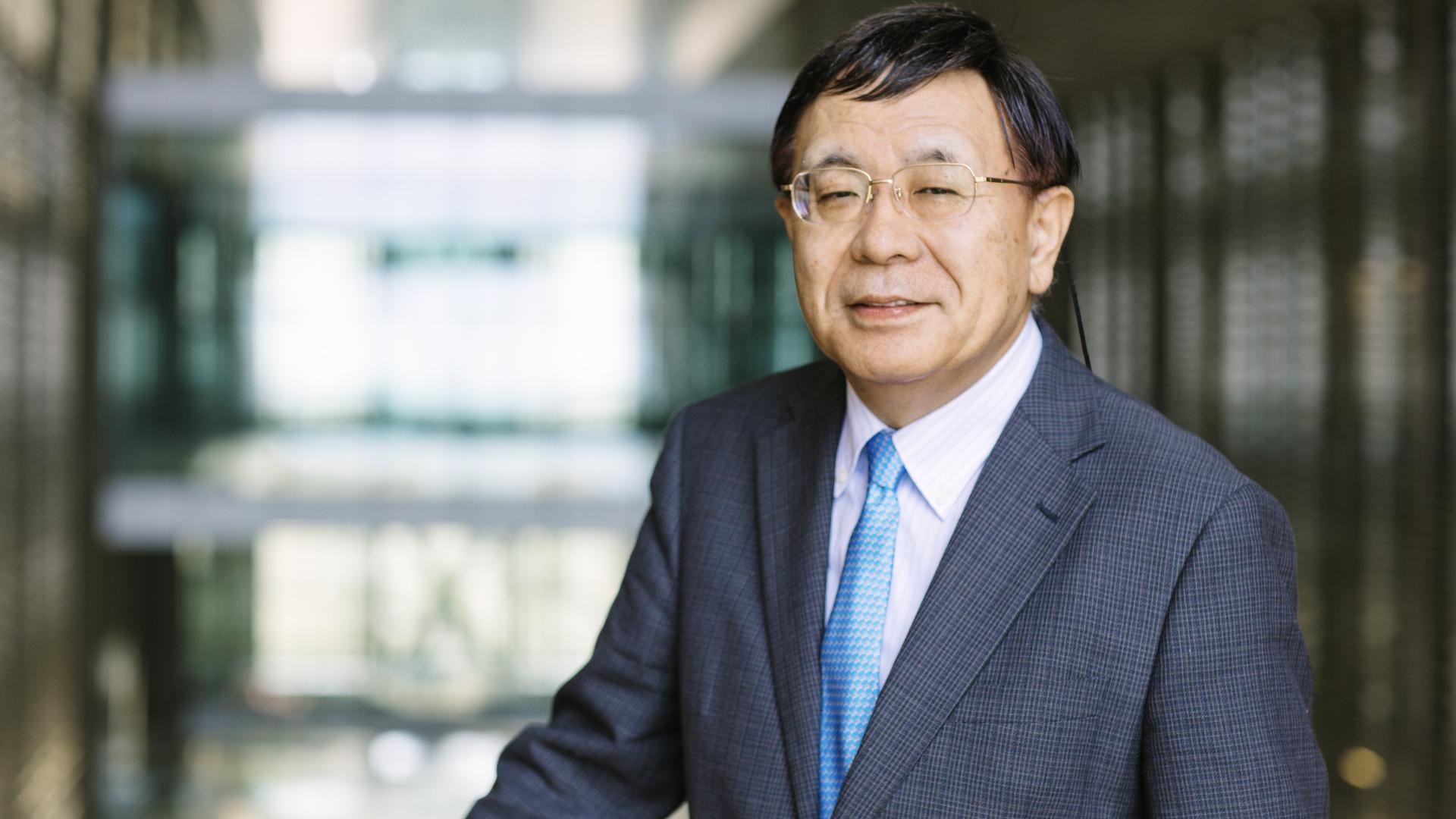 I like to contribute to the future of human society by elucidating the evolutionary significance of organisms and their useful applications.

Takashi Gojobori is a Distinguished Professor of Bioscience and Acting Director at the Computational Bioscience Research Center (CBRC) in King Abdullah University of Science and Technology (KAUST) in Saudi Arabia.

He currently holds the position of Project Professor at the National Institute of Genetics (NIG), Mishima, Japan. He also works for a number of leading universities such as the University of Tokyo, Waseda University, and Fukushima Prefecture College of Medicine. He is a Visiting Professor for Keio University, Nihon University, and National Cheng Kong University in Taiwan.

In 2015, he was elected as an associate member of EMBO. Prior to this, he was made a Fellow of the World Academy of Science for the Developing Countries (TWAS) in 2013 and a Member of Academia Europaea in 2012. He was awarded The Medal with Purple Ribbon from the Government of Japan in 2009. He became an Academician member of the Pontifical Academy of Science in the Vatican (2007), a Foreign Honorary Member of the American Academy of Arts and Sciences (2006), and a Fellow of the American Association for the Advancement of Science (AAAS) (2006). He has received the Salvatore Gold Medal from Italy (2004). He is also the recipient of the Society Awards of Genetics Society of Japan (2005) and that of the Japanese Society of Evolutionary Studies (2004).

He is the Founding Editor of Genome Biology and Evolution, Editor-in-Chief of GENE, Editor of FEBS Letters, Section Advisor of BMC Genomics, and Associate Editor of Molecular Biology and Evolution and Associate Editor of PLoS Genetics. He is also on the editorial boards of other international journals. He was an Editor of the Journal of Molecular Evolution for 8 years (1995-2003). He has more than 400 publications in peer-reviewed international journals on comparative and evolutionary genomics, with a Google H-index of 81.

He is currently working extensively on marine metagenomics in the Red Sea, the evolution of viral genomes, the rates of synonymous and nonsynonymous substitutions, positive selection, horizontal gene transfer, genomic evolution, and comparative gene expressions. He has also focused on the evolution of the central nervous system and sensory organs, discovering a vast number of novel genes from the planarian brain and hydra neural cells. He has attained an international reputation as a pioneer of evolutionary genomics, in which he started from the 1980s using viral and bacterial complete genomes. He has also contributed to the DDBJ/GenBank/EMBL database construction as well as the H-Invitational human gene database.

Professor Gojobori's research interests range from comparative genomics and gene expression of neural cells in sensory organs of various organisms to the marine metagenomics of a diversity of microorganisms. He aims to elucidate the evolutionary origin of the neural network and its application to synthetic biology for developments of bioenergy.

He is an Associate Member of the European Molecular Biology Organization (EMBO), a Member of Academia Europea, and an Academician Member of the Pontifical Academy of Sciences, Vatican. He has received a Medal with Purple Ribbon from the Government of Japan and an honorary doctorate from the National Cheng Kung University from Taiwan.