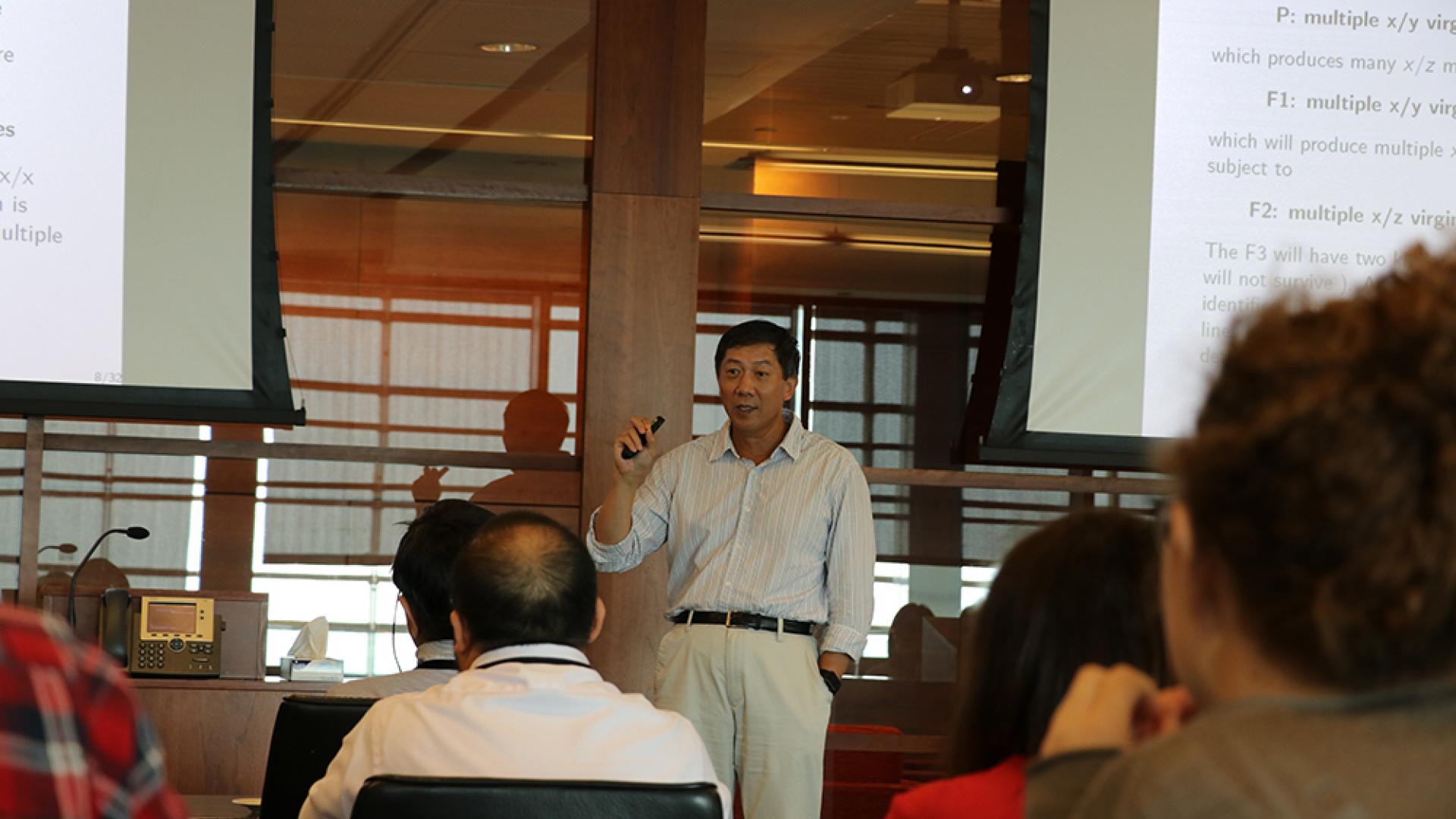 Prof. Yunxin Fu was trained as a biostatistician/computational biologist and has spent much of his career in developing population genetics/evolutionary theory, statistical methods and computational tools for analyzing samples of DNA sequences, including algorithms for simulating samples for the analysis of large scale molecular data. Recently Prof. Fu has been involved in the analysis of polymorphism data from the 1000 Genomes Project, as well as within–individual polymorphism data generated by both classical experiments and next-generation sequencing for the purpose of understanding the mutational process during individual development.

The long term objective of his research is to characterize the molecular evolution of the organism and to reconstruct the evolutionary histories of genes and species. Approaches include (1) mathematical development of the theories of population genetics and evolution of DNA sequences; (2) development of statistical methods for analyzing molecular data and for reconstructing molecular phylogenies, especially the methods for testing important hypotheses about molecular evolution; (3) utilization of databases of the human genome as well as other organisms for comparative study, including functional analysis of DNA polymorphism; and (4) analysis of polymorphisms within individual cells.